We discuss the Galactic foreground emission between 20 and 100 GHz based on observations by Planck and WMAP. The total intensity in this part of the spectrum is dominated by free-free and spinning dust emission, whereas the polarized intensity is dominated by synchrotron emission. The Commander component-separation tool has been used to separate the various astrophysical processes in total intensity. Comparison with radio recombination line templates verifies the recovery of the free-free emission along the Galactic plane. Comparison of the high-latitude Hα emission with our free-free map shows residuals that correlate with dust optical depth, consistent with a fraction (≈30%) of Hα having been scattered by high-latitude dust. We highlight a number of diffuse spinning dust morphological features at high latitude. There is substantial spatial variation in the spinning dust spectrum, with the emission peak (in Iν) ranging from below 20 GHz to more than 50 GHz. There is a strong tendency for the spinning dust component near many prominent H II regions to have a higher peak frequency, suggesting that this increase in peak frequency is associated with dust in the photo-dissociation regions around the nebulae. The emissivity of spinning dust in these diffuse regions is of the same order as previous detections in the literature. Over the entire sky, the Commander solution finds more anomalous microwave emission (AME) than the WMAP component maps, at the expense of synchrotron and free-free emission. This can be explained by the difficulty in separating multiple broadband components with a limited number of frequency maps. Future surveys, particularly at 5-20 GHz, will greatly improve the separation by constraining the synchrotron spectrum. We combine Planck and WMAP data to make the highest signal-to-noise ratio maps yet of the intensity of the all-sky polarized synchrotron emission at frequencies above a few GHz. Most of the high-latitude polarized emission is associated with distinct large-scale loops and spurs, and we re-discuss their structure. We argue that nearly all the emission at 40deg > l > -90deg is part of the Loop I structure, and show that the emission extends much further in to the southern Galactic hemisphere than previously recognised, giving Loop I an ovoid rather than circular outline. However, it does not continue as far as the "Fermi bubble/microwave haze", making it less probable that these are part of the same structure. We identify a number of new faint features in the polarized sky, including a dearth of polarized synchrotron emission directly correlated with a narrow, roughly 20deg long filament seen in Hα at high Galactic latitude. Finally, we look for evidence of polarized AME, however many AME regions are significantly contaminated by polarized synchrotron emission, and we find a 2σ upper limit of 1.6% in the Perseus region. 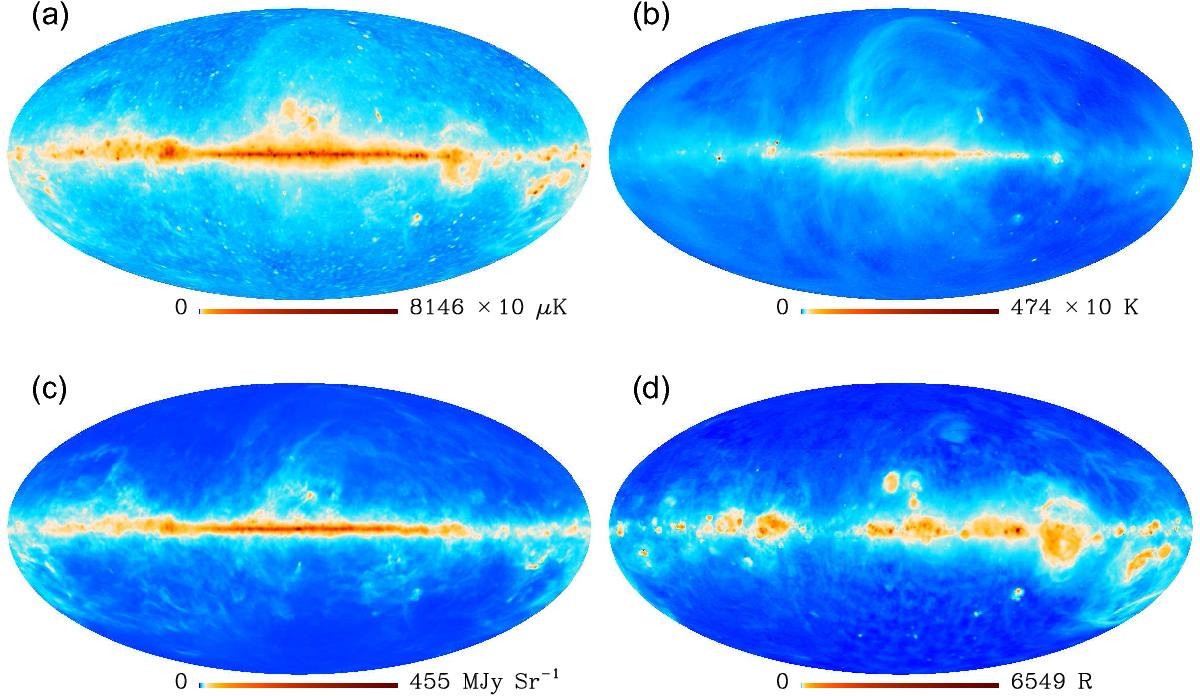