This paper presents cosmological results based on full-mission Planck observations of temperature and polarization anisotropies of the cosmic microwave background (CMB) radiation. Our results are in very good agreement with the 2013 analysis of the Planck nominal-mission temperature data, but with increased precision. The temperature and polarization power spectra are consistent with the standard spatially-flat 6-parameter ΛCDM cosmology with a power-law spectrum of adiabatic scalar perturbations (denoted "base ΛCDM" in this paper). From the Planck temperature data combined with Planck lensing, for this cosmology we find a Hubble constant, H0 = (67.8 ± 0.9) km s-1Mpc-1, a matter density parameter Ωm = 0.308 ± 0.012, and a tilted scalar spectral index with ns = 0.968 ± 0.006, consistent with the 2013 analysis. Note that in this abstract we quote 68% confidence limits on measured parameters and 95% upper limits on other parameters. We present the first results of polarization measurements with the Low Frequency Instrument at large angular scales. Combined with the Planck temperature and lensing data, these measurements give a reionization optical depth of τ = 0.066 ± 0.016, corresponding to a reionization redshift of z_re=8.8+1.7-1.4. These results are consistent with those from WMAP polarization measurements cleaned for dust emission using 353-GHz polarization maps from the High Frequency Instrument. We find no evidence for any departure from base ΛCDM in the neutrino sector of the theory; for example, combining Planck observations with other astrophysical data we find Neff = 3.15 ± 0.23 for the effective number of relativistic degrees of freedom, consistent with the value Neff = 3.046 of the Standard Model of particle physics. The sum of neutrino masses is constrained to ∑ mν < 0.23 eV. The spatial curvature of our Universe is found to be very close to zero, with | ΩK | < 0.005. Adding a tensor component as a single-parameter extension to base ΛCDM we find an upper limit on the tensor-to-scalar ratio of r0.002< 0.11, consistent with the Planck 2013 results and consistent with the B-mode polarization constraints from a joint analysis of BICEP2, Keck Array, and Planck (BKP) data. Adding the BKP B-mode data to our analysis leads to a tighter constraint of r0.002 < 0.09 and disfavours inflationarymodels with a V(φ) ∝ φ2 potential. The addition of Planck polarization data leads to strong constraints on deviations from a purely adiabatic spectrum of fluctuations. We find no evidence for any contribution from isocurvature perturbations or from cosmic defects. Combining Planck data with other astrophysical data, including Type Ia supernovae, the equation of state of dark energy is constrained to w = -1.006 ± 0.045, consistent with the expected value for a cosmological constant. The standard big bang nucleosynthesis predictions for the helium and deuterium abundances for the best-fit Planck base ΛCDM cosmology are in excellent agreement with observations. We also constraints on annihilating dark matter and on possible deviations from the standard recombination history. In neither case do we find no evidence for new physics. The Planck results for base ΛCDM are in good agreement with baryon acoustic oscillation data and with the JLA sample of Type Ia supernovae. However, as in the 2013 analysis, the amplitude of the fluctuation spectrum is found to be higher than inferred from some analyses of rich cluster counts and weak gravitational lensing. We show that these tensions cannot easily be resolved with simple modifications of the base ΛCDM cosmology. Apart from these tensions, the base ΛCDM cosmology provides an excellent description of the Planck CMB observations and many other astrophysical data sets. 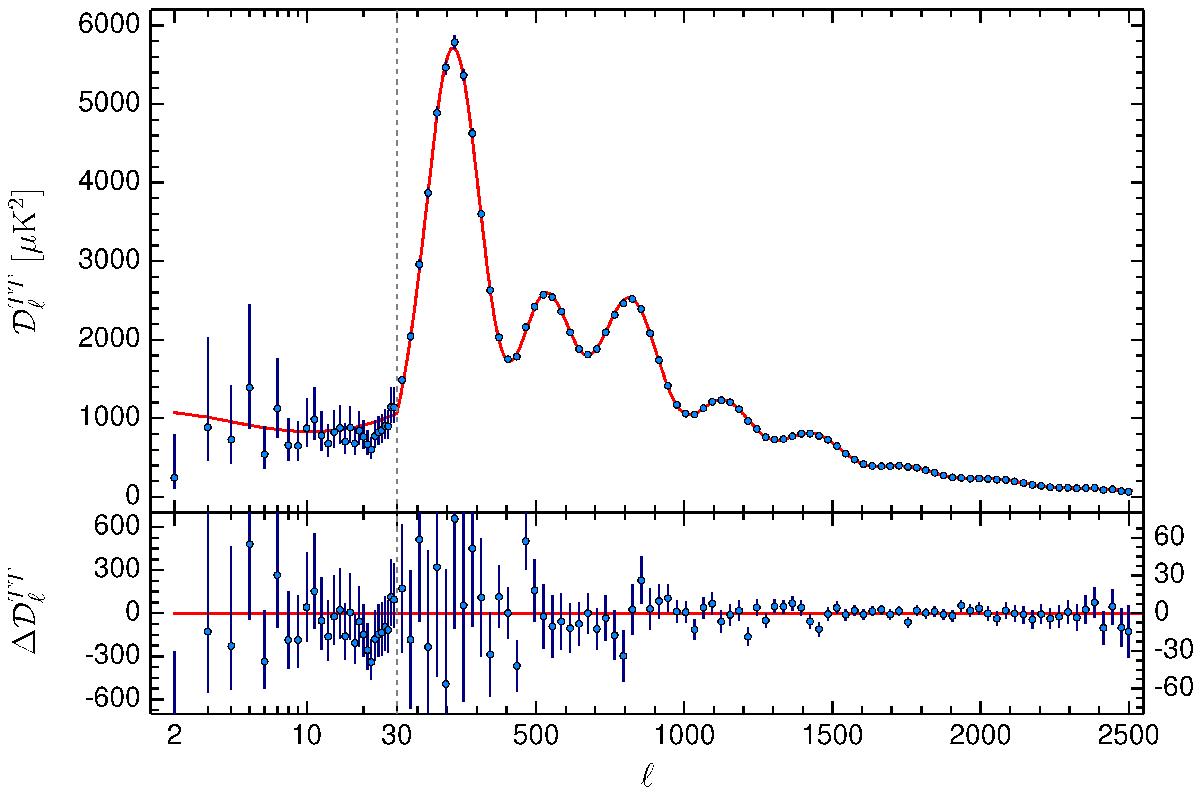