We present new measurements of cosmic infrared background (CIB) anisotropies using Planck. Combining HFI data with IRAS, the angular auto- and cross-frequency power spectrum is measured from 143 to 3000 GHz, and the auto-bispectrum from 217 to 545 GHz. The total areas used to compute the CIB power spectrum and bispectrum are about 2240 and 4400 deg2, respectively. After careful removal of the contaminants (cosmic microwave background anisotropies, Galactic dust, and Sunyaev-Zeldovich emission), and a complete study of systematics, the CIB power spectrum is measured with unprecedented signal to noise ratio from angular multipoles ℓ ~ 150 to 2500. The bispectrum due to the clustering of dusty, star-forming galaxies is measured from ℓ ~ 130 to 1100, with a total signal to noise ratio of around 6, 19, and 29 at 217, 353, and 545 GHz, respectively. Two approaches are developed for modelling CIB power spectrum anisotropies. The first approach takes advantage of the unique measurements by Planck at large angular scales, and models only the linear part of the power spectrum, with a mean bias of dark matter haloes hosting dusty galaxies at a given redshift weighted by their contribution to the emissivities. The second approach is based on a model that associates star-forming galaxies with dark matter haloes and their subhaloes, using a parametrized relation between the dust-processed infrared luminosity and (sub-)halo mass. The two approaches simultaneously fit all auto- and cross-power spectra very well. We find that the star formation history is well constrained up to redshifts around 2, and agrees with recent estimates of the obscured star-formation density using Spitzer and Herschel. However, at higher redshift, the accuracy of the star formation history measurement is strongly degraded by the uncertainty in the spectral energy distribution of CIB galaxies. We also find that the mean halo mass which is most efficient at hosting star formation is log (Meff/M⊙) = 12.6 and that CIB galaxies have warmer temperatures as redshift increases. The CIB bispectrum is steeper than that expected from the power spectrum, although well fitted by a power law; this gives some information about the contribution of massive haloes to the CIB bispectrum. Finally, we show that the same halo occupation distribution can fit all power spectra simultaneously. The precise measurements enabled by Planck pose new challenges for the modelling of CIB anisotropies, indicating the power of using CIB anisotropies to understand the process of galaxy formation. 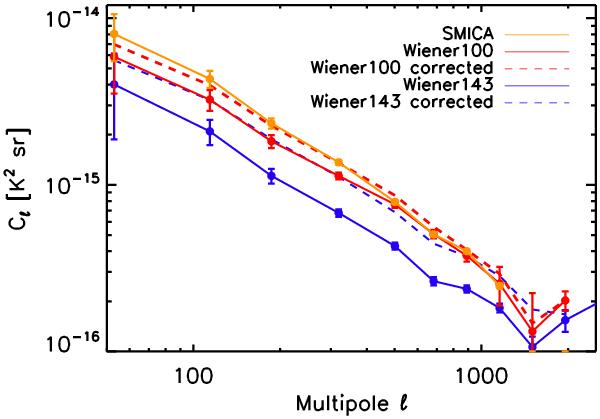