Our velocity relative to the rest frame of the cosmic microwave background (CMB) generates a dipole temperature anisotropy on the sky which has been well measured for more than 30 years, and has an accepted amplitude of v/c = 1.23 × 10-3, or v = 369. In addition to this signal generated by Doppler boosting of the CMB monopole, our motion also modulates and aberrates the CMB temperature fluctuations (as well as every other source of radiation at cosmological distances). This is an order 10-3 effect applied to fluctuations which are already one part in roughly 105, so it is quite small. Nevertheless, it becomes detectable with the all-sky coverage, high angular resolution, and low noise levels of the Planck satellite. Here we report a first measurement of this velocity signature using the aberration and modulation effects on the CMB temperature anisotropies, finding a component in the known dipole direction, (l,b) = (264°,48°), of 384 km s-1 ± 78 km s-1 (stat.) ± 115 km s-1 (syst.). This is a significant confirmation of the expected velocity.

"And yet it moves", the phrase popularly attributed to Galileo Galilei after being forced to recant his view that the Earth goes around the Sun. 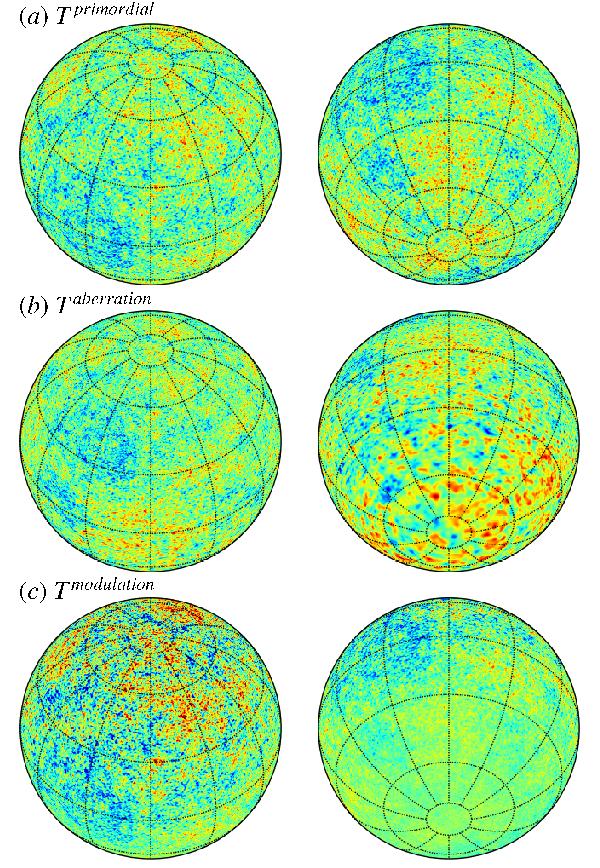