Planck 2013 results. XXVI. Background geometry and topology of the Universe

The new cosmic microwave background (CMB) temperature maps from Planck provide the highest-quality full-sky view of the surface of last scattering available to date. This allows us to detect possible departures from the standard model of a globally homogeneous and isotropic cosmology on the largest scales. We search for correlations induced by a possible non-trivial topology with a fundamental domain intersecting, or nearly intersecting, the last scattering surface (at comoving distance χrec), both via a direct search for matched circular patterns at the intersections and by an optimal likelihood search for specific topologies. For the latter we consider flat spaces with cubic toroidal (T3), equal-sided chimney (T2) and slab (T1) topologies, three multi-connected spaces of constant positive curvature (dodecahedral, truncated cube and octahedral) and two compact negative-curvature spaces. These searches yield no detection of the compact topology with the scale below the diameter of the last scattering surface. For most compact topologies studied the likelihood maximized over the orientation of the space relative to the observed map shows some preference for multi-connected models just larger than the diameter of the last scattering surface. Since this effect is also present in simulated realizations of isotropic maps, we interpret it as the inevitable alignment of mild anisotropic correlations with chance features in a single sky realization; such a feature can also be present, in milder form, when the likelihood is marginalized over orientations. Thus marginalized, the limits on the radius ℛi of the largest sphere inscribed in topological domain (at log-likelihood-ratio Δln ℒ > -5 relative to a simply-connected flat Planck best-fit model) are: in a flat Universe, ℛi> 0.92χrec for the T3 cubic torus; ℛi> 0.71χrec for the T2 chimney; ℛi> 0.50χrec for the T1 slab; and in a positively curved Universe, ℛi> 1.03χrec for the dodecahedral space; ℛi> 1.0χrec for the truncated cube; and ℛi> 0.89χrec for the octahedral space. The limit for a wider class of topologies, i.e., those predicting matching pairs of back-to-back circles, among them tori and the three spherical cases listed above, coming from the matched-circles search, is ℛi> 0.94χrec at 99% confidence level. Similar limits apply to a wide, although not exhaustive, range of topologies. We also perform a Bayesian search for an anisotropic global Bianchi VIIh geometry. In the non-physical setting where the Bianchi cosmology is decoupled from the standard cosmology, Planck data favour the inclusion of a Bianchi component with a Bayes factor of at least 1.5 units of log-evidence. Indeed, the Bianchi pattern is quite efficient at accounting for some of the large-scale anomalies found in Planck data. However, the cosmological parameters that generate this pattern are in strong disagreement with those found from CMB anisotropy data alone. In the physically motivated setting where the Bianchi parameters are coupled and fitted simultaneously with the standard cosmological parameters, we find no evidence for a Bianchi VIIh cosmology and constrain the vorticity of such models to (ω/H)0< 8.1 × 10-10 (95% confidence level). 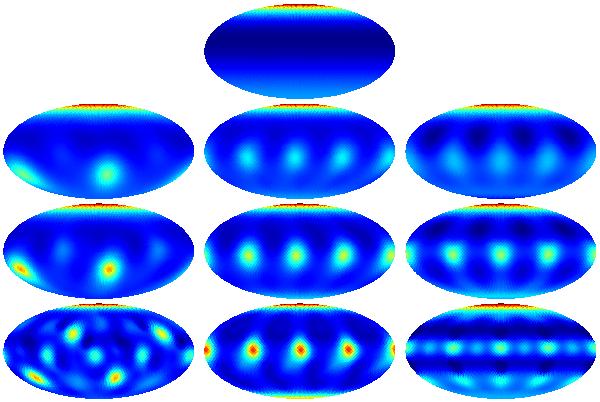