Rotational transition lines of CO play a major role in molecular radio astronomy as a mass tracer and in particular in the study of star formation and Galactic structure. Although a wealth of data exists for the Galactic plane and some well-known molecular clouds, there is no available high sensitivity all-sky survey of CO emission to date. Such all-sky surveys can be constructed using the Planck HFI data because the three lowest CO rotational transition lines at 115, 230 and 345 GHz significantly contribute to the signal of the 100, 217 and 353 GHz HFI channels, respectively. Two different component separation methods are used to extract the CO maps from Planck HFI data. The maps obtained are then compared to one another and to existing external CO surveys. From these quality checks the best CO maps, in terms of signal to noise ratio and/or residual contamination by other emission, are selected. Three different sets of velocity-integrated CO emission maps are produced with different trade-offs between signal-to-noise, angular resolution, and reliability. Maps for the CO J = 1 → 0, J = 2 → 1, and J = 3 → 2 rotational transitions are presented and described in detail. They are shown to be fully compatible with previous surveys of parts of the Galactic plane as well as with undersampled surveys of the high latitude sky. The Planck HFI velocity-integrated CO maps for the J = 1 → 0, J = 2 → 1, and J = 3 →2 rotational transitions provide an unprecedented all-sky CO view of the Galaxy. These maps are also of great interest to monitor potential CO contamination of the Planck studies of the cosmological microwave background. 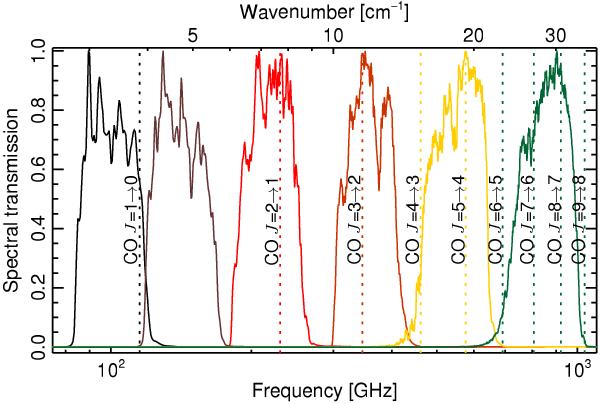