The XXL Survey. XXVI. Optical and near-infrared identifications of the ATCA 2.1 GHz radio sources in the XXL-S Field

Context. To investigate the nature of the extragalactic radio sources, it is necessary to couple radio surveys with multiwavelength observations over large areas of the sky. The XMM-Newton Extragalactic (XXL) survey is the largest survey ever undertaken with the XMM-Newton X-ray telescope over two separate fields of 25 deg2 each (XXL-N and XXL-S). At the same time the XXL survey benefits from a wealth of ancillary data spanning from the far-ultraviolet to the mid-infrared.
Aims: In this paper we present the optical, near-infrared (NIR), and X-ray identifications of the 6287 radio sources detected in the 2.1 GHz deep radio survey down to a median rms of σ ≈ 41 μJy beam-1 obtained with the Australia Telescope Compact Array (ATCA) in the XXL-S field. The goal of this paper is to provide a multiwavelength catalogue of the counterparts of the radio sources to be used in further studies.
Methods: For the optical and NIR identification of the radio sources, we used the likelihood ratio (LR) technique, slightly modified in order to take into account the presence of a large number of relatively bright counterparts close to the radio sources. The LR technique was applied to seven optical bands (gBCS, gDec, rBCS, rDec, iBCS, iDec, zDec) and to three NIR bands (J, H, K).
Results: The ten different photometric catalogues have been combined into a single master catalogue where all the photometric information in the optical, NIR, and X-ray bands have been collected for the counterparts of the radio sources. This procedure led to the identification of optical/NIR counterparts for 4770 different radio sources (~77% of the whole radio sample), 414 of which also have an X-ray counterpart. This fraction of identification is in agreement with previous radio-optical association studies at a similar optical magnitude depth, but is relatively low in comparison to recent work conducted in other radio fields using deeper optical and NIR data.
Conclusions: The analysis of optical and NIR properties of radio sources shows that, regardless of the radio flux limit of a radio survey, the nature of the identified sources is strongly dependent on the depth of the optical/NIR used in the identification process. Only with deep enough optical/NIR data will we be able to identify a significant fraction of radio sources with red (zDec-K) counterparts whose radio emission is dominated by nuclear activity rather than starburst activity. 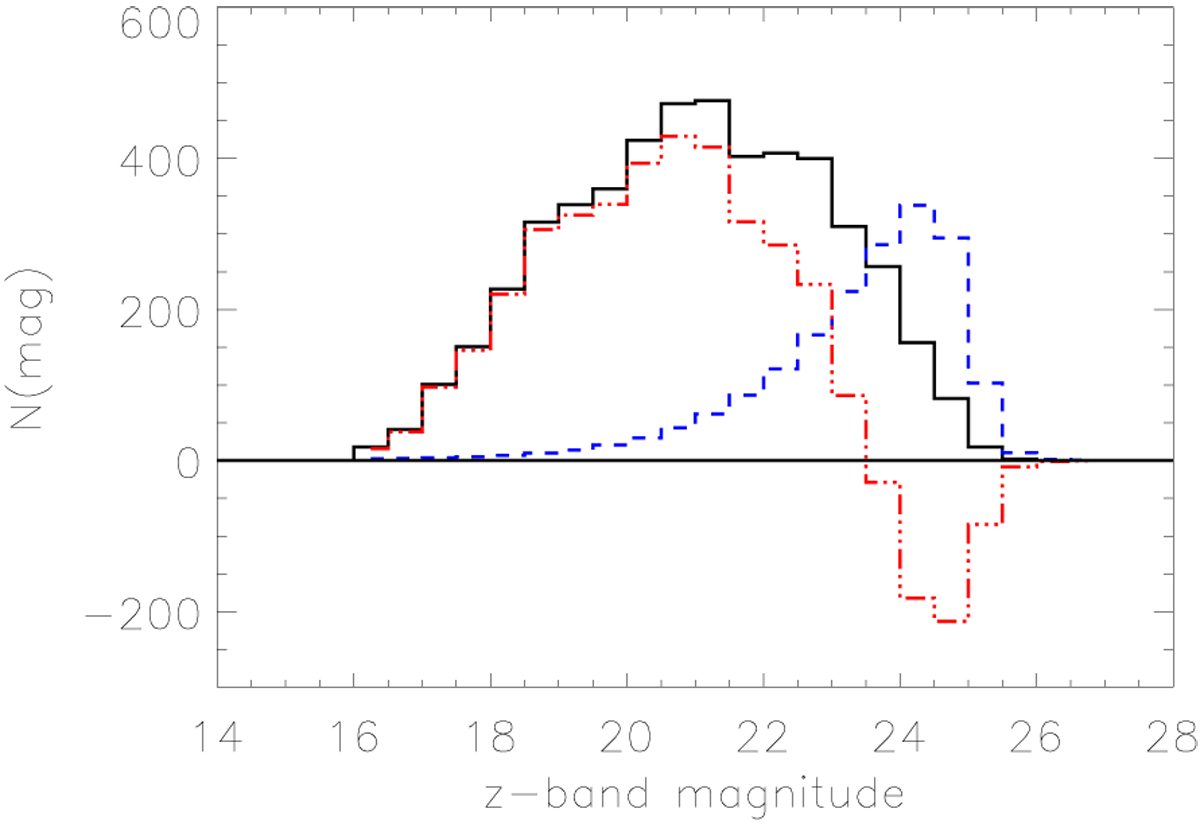