The XXL Survey. XII. Optical spectroscopy of X-ray-selected clusters and the frequency of AGN in superclusters

Context. This article belongs to the first series of XXL publications. It presents multifibre spectroscopic observations of three 0.55 deg2 fields in the XXL Survey, which were selected on the basis of their high density of X-ray-detected clusters. The observations were obtained with the AutoFib2+WYFFOS (AF2) wide-field fibre spectrograph mounted on the 4.2 m William Herschel Telescope.
Aims: The paper first describes the scientific rationale, the preparation, the data reduction, and the results of the observations, and then presents a study of active galactic nuclei (AGN) within three superclusters.
Methods: To determine the redshift of galaxy clusters and AGN, we assign high priority to a) the brightest cluster galaxies (BCGs), b) the most probable cluster galaxy candidates, and c) the optical counterparts of X-ray point-like sources. We use the outcome of the observations to study the projected (2D) and the spatial (3D) overdensity of AGN in three superclusters.
Results: We obtained redshifts for 455 galaxies in total, 56 of which are counterparts of X-ray point-like sources. We were able to determine the redshift of the merging supercluster XLSSC-e, which consists of six individual clusters at z ~ 0.43, and we confirmed the redshift of supercluster XLSSC-d at z ~ 0.3. More importantly, we discovered a new supercluster, XLSSC-f, that comprises three galaxy clusters also at z ~ 0.3. We find a significant 2D overdensity of X-ray point-like sources only around the supercluster XLSSC-f. This result is also supported by the spatial (3D) analysis of XLSSC-f, where we find four AGN with compatible spectroscopic redshifts and possibly one more with compatible photometric redshift. In addition, we find two AGN (3D analysis) at the redshift of XLSSC-e, but no AGN in XLSSC-d. Comparing these findings with the optical galaxy overdensity we conclude that the total number of AGN in the area of the three superclusters significantly exceeds the field expectations. All of the AGN found have luminosities below 7 × 1042 erg s-1.
Conclusions: The difference in the AGN frequency between the three superclusters cannot be explained by the present study because of small number statistics. Further analysis of a larger number of superclusters within the 50 deg2 of the XXL is needed before any conclusions on the effect of the supercluster environment on AGN can be reached.

Based on observations obtained with XMM-Newton, an ESA science mission with instruments and contributions directly funded by ESA Member States and NASA. Based on observations obtained with the William Herschel telescope during semester 13B.The Master Catalogue is available at the CDS via anonymous ftp to http://cdsarc.u-strasbg.fr (http://130.79.128.5) or via http://cdsarc.u-strasbg.fr/viz-bin/qcat?J/A+A/592/A2 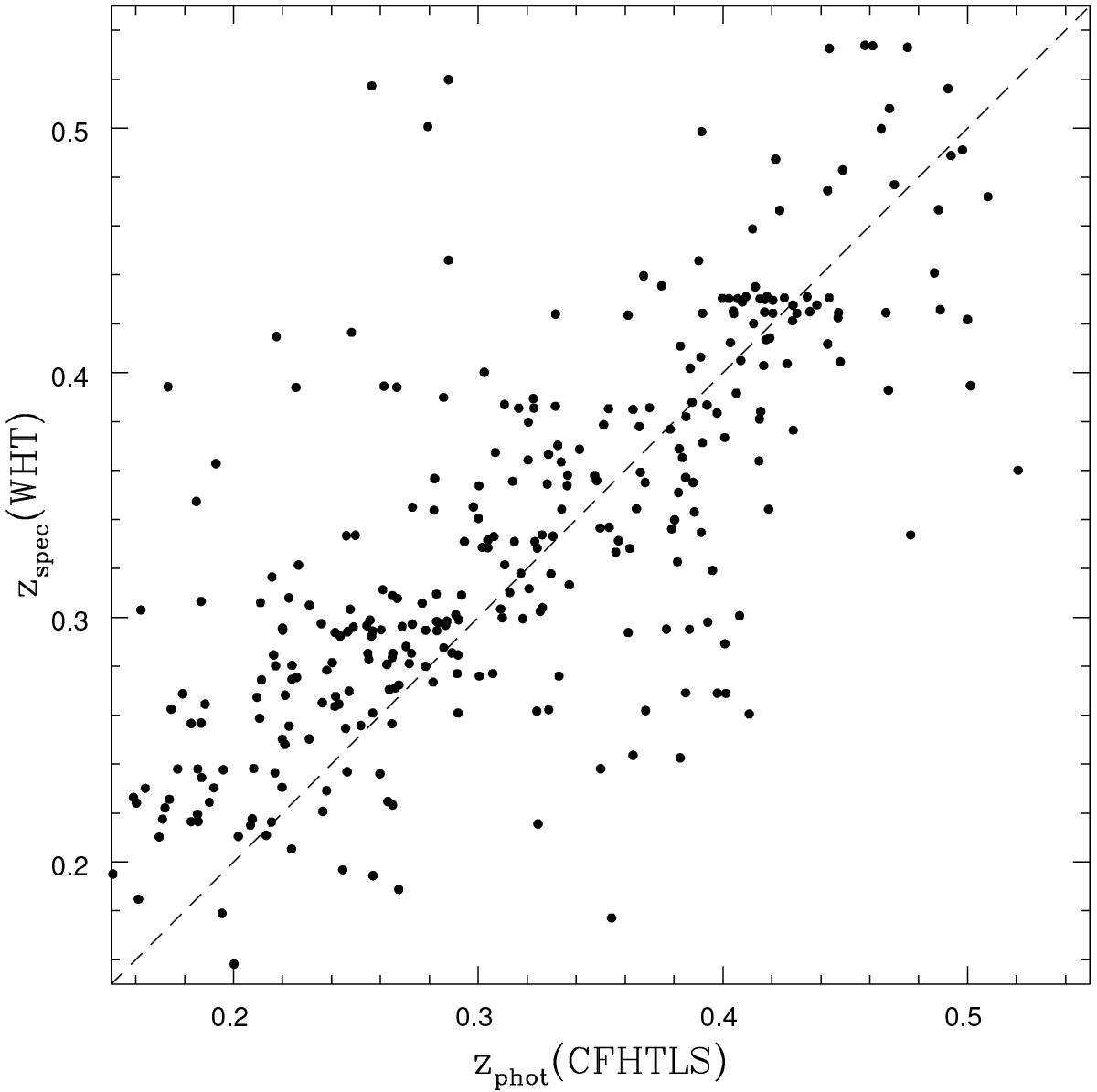