Context. Superclusters form from the largest enhancements in the primordial density perturbation field and extend for tens of Mpc, tracing the large-scale structure of the Universe. X-ray detections and systematic characterisations of superclusters and the properties of their galaxies have only been possible in the last few years.
Aims: We characterise XLSSsC N01, a rich supercluster at z 0.3 detected in the XXL Survey, composed of X-ray clusters of different virial masses and X-ray luminosities. As one of the first studies on this topic, we investigate the stellar populations of galaxies in different environments in the supercluster region.
Methods: We study a magnitude-limited (r ≤ 20) and a mass-limited sample (log(M*/M⊙) ≥ 10.8) of galaxies in the virialised region and in the outskirts of 11 XLSSsC N01 clusters, in high-density field regions, and in the low-density field. We compute the stellar population properties of galaxies using spectral energy distribution (SED) and spectral fitting techniques, and study the dependence of star formation rates (SFR), colours, and stellar ages on environment.
Results: For r ≤ 20, the fraction of star-forming/blue galaxies, computed either from the specific-SFR (sSFR) or rest-frame colour, shows depletion within the cluster virial radii, where the number of galaxies with log (sSFR/ yr-1) > -12 and with (g - r)restframe < 0.6 is lower than in the field. For log(M*/M⊙) ≥ 10.8, no trends with environment emerge, as massive galaxies are mostly already passive in all environments. No differences among low- and high-density field members and cluster members emerge in the sSFR-mass relation in the mass-complete regime. Finally, the luminosity-weighted age-mass relation of the passive populations within cluster virial radii show signatures of recent environmental quenching.
Conclusions: The study of luminous and massive galaxies in this supercluster shows that while environment has a prominent role in determining the fractions of star-forming/blue galaxies, its effects on the star formation activity in star-forming galaxies are negligible. 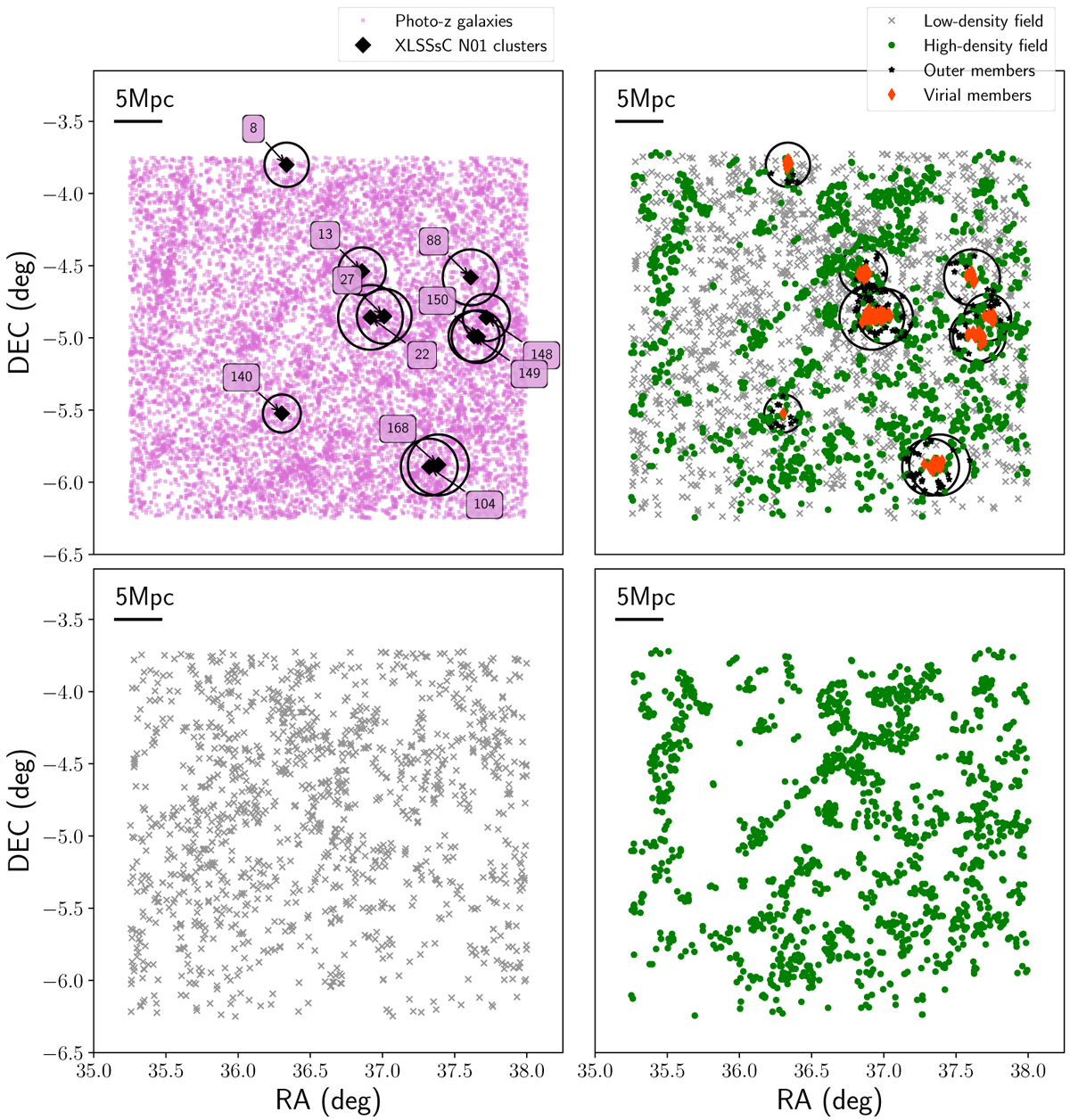