Context. X-ray extragalactic surveys are ideal laboratories for the study of the evolution and clustering of active galactic nuclei (AGN). Usually, a combination of deep and wide surveys is necessary to create a complete picture of the population. Deep X-ray surveys provide the faint population at high redshift, while wide surveys provide the rare bright sources. Nevertheless, very wide area surveys often lack the ancillary information available for modern deep surveys. The XXL survey spans two fields of a combined 50 deg2 observed for more than 6Ms with XMM-Newton, occupying the parameter space that lies between deep surveys and very wide area surveys; at the same time it benefits from a wealth of ancillary data.
Aims: This paper marks the first release of the XXL point source catalogue including four optical photometry bands and redshift estimates. Our sample is selected in the 2 - 10 keV energy band with the goal of providing a sizable sample useful for AGN studies. The limiting flux is F2 - 10 keV = 4.8 × 10-14 erg s-1 cm-2.
Methods: We use both public and proprietary data sets to identify the counterparts of the X-ray point-like sources by means of a likelihood ratio test. We improve upon the photometric redshift determination for AGN by applying a Random Forest classification trained to identify for each object the optimal photometric redshift category (passive, star forming, starburst, AGN, quasi-stellar objects (QSO)). Additionally, we assign a probability to each source that indicates whether it might be a star or an outlier. We apply Bayesian analysis to model the X-ray spectra assuming a power-law model with the presence of an absorbing medium.
Results: We find that the average unabsorbed photon index is ⟨Γ⟩ = 1.85 ± 0.40 while the average hydrogen column density is log ⟨NH⟩ = 21.07 ± 1.2 cm-2. We find no trend of Γ or NH with redshift and a fraction of 26% absorbed sources (log NH> 22) consistent with the literature on bright sources (log Lx> 44). The counterpart identification rate reaches 96.7% for sources in the northern field, 97.7% for the southern field, and 97.2% in total. The photometric redshift accuracy is 0.095 for the full XMM-XXL with 28% catastrophic outliers estimated on a sample of 339 sources.
Conclusions: We show that the XXL-1000-AGN sample number counts extended the number counts of the COSMOS survey to higher fluxes and are fully consistent with the Euclidean expectation. We constrain the intrinsic luminosity function of AGN in the 2 - 10 keV energy band where the unabsorbed X-ray flux is estimated from the X-ray spectral fit up to z = 3. Finally, we demonstrate the presence of a supercluster size structure at redshift 0.14, identified by means of percolation analysis of the XXL-1000-AGN sample. The XXL survey, reaching a medium flux limit and covering a wide area, is a stepping stone between current deep fields and planned wide area surveys.

Based on observations obtained with XMM-Newton, an ESA science mission with instruments and contributions directly funded by ESA Member States and NASA. Based on observations made with ESO Telescopes at the La Silla and Paranal Observatories under programme ID 089.A-0666 and LP191.A-0268.A copy of the XXL-1000-AGN Catalogue is available at the CDS via anonymous ftp to http://cdsarc.u-strasbg.fr (http://130.79.128.5) or via http://cdsarc.u-strasbg.fr/viz-bin/qcat?J/A+A/592/A5 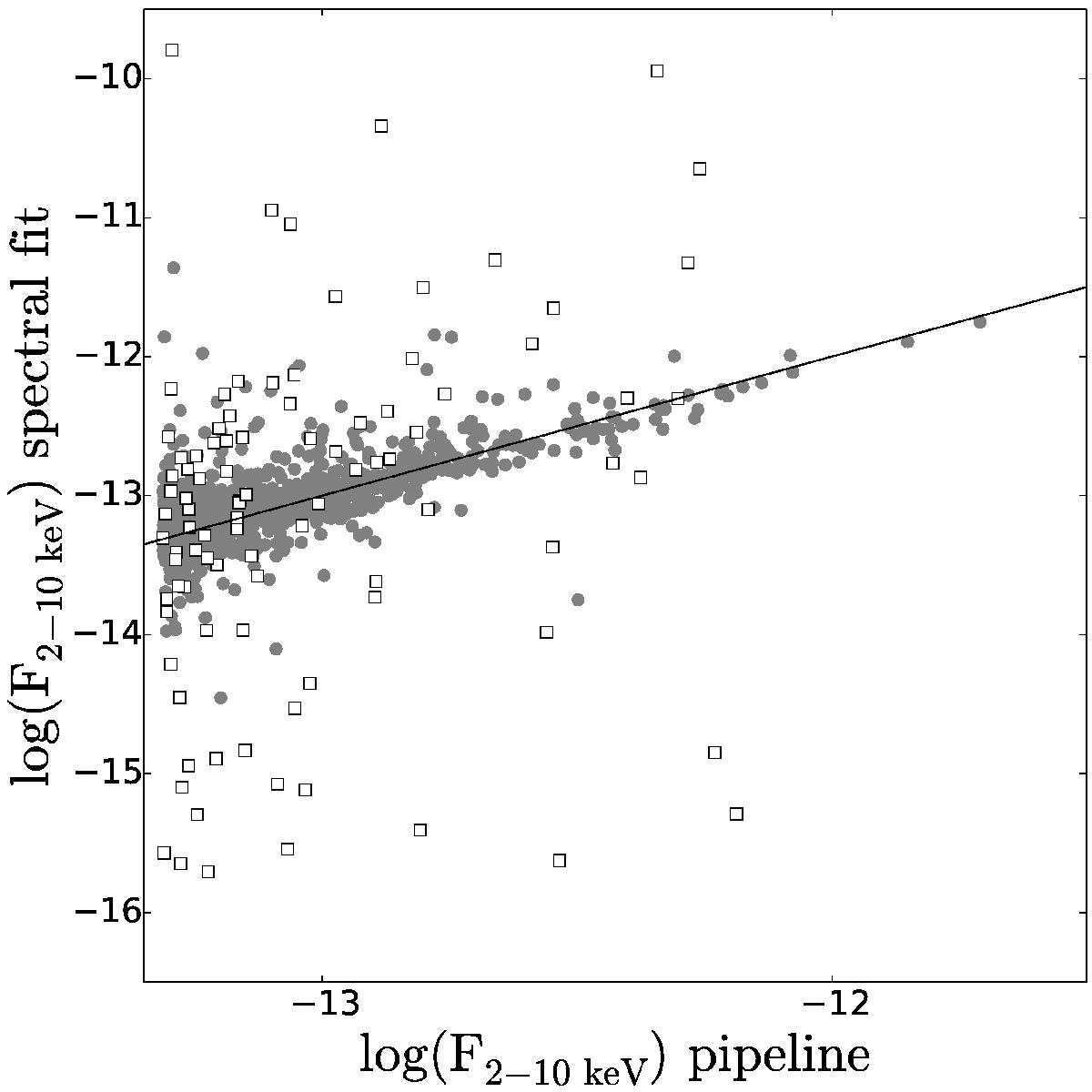