Context. In the currently debated context of using clusters of galaxies as cosmological probes, the need for well-defined cluster samples is critical.
Aims: The XXL Survey has been specifically designed to provide a well characterised sample of some 500 X-ray detected clusters suitable for cosmological studies. The main goal of present article is to make public and describe the properties of the cluster catalogue in its present state, as well as of associated catalogues of more specific objects such as super-clusters and fossil groups.
Methods: Following from the publication of the hundred brightest XXL clusters, we now release a sample containing 365 clusters in total, down to a flux of a few 10-15 erg s-1 cm-2 in the [0.5-2] keV band and in a 1' aperture. This release contains the complete subset of clusters for which the selection function is well determined plus all X-ray clusters which are, to date, spectroscopically confirmed. In this paper, we give the details of the follow-up observations and explain the procedure adopted to validate the cluster spectroscopic redshifts. Considering the whole XXL cluster sample, we have provided two types of selection, both complete in a particular sense: one based on flux-morphology criteria, and an alternative based on the [0.5-2] keV flux within 1 arcmin of the cluster centre. We have also provided X-ray temperature measurements for 80% of the clusters having a flux larger than 9 × 10-15 erg s-1 cm-2.
Results: Our cluster sample extends from z 0 to z 1.2, with one cluster at z 2. Clusters were identified through a mean number of six spectroscopically confirmed cluster members. The largest number of confirmed spectroscopic members in a cluster is 41. Our updated luminosity function and luminosity-temperature relation are compatible with our previous determinations based on the 100 brightest clusters, but show smaller uncertainties. We also present an enlarged list of super-clusters and a sample of 18 possible fossil groups.
Conclusions: This intermediate publication is the last before the final release of the complete XXL cluster catalogue when the ongoing C2 cluster spectroscopic follow-up is complete. It provides a unique inventory of medium-mass clusters over a 50 deg2 area out to z 1.

Based on observations obtained with XMM-Newton, an ESA science mission with instruments and contributions directly funded by ESA Member States and NASA. Based on observations made with ESO Telescopes at the La Silla and Paranal Observatories under programmes ID 191.A-0268 and 60.A-9302. Based on observations obtained with MegaPrime/MegaCam, a joint project of CFHT and CEA/IRFU, at the Canada-France-Hawaii Telescope (CFHT) which is operated by the National Research Council (NRC) of Canada, the Institut National des Sciences de l'Univers of the Centre National de la Recherche Scientifique (CNRS) of France, and the University of Hawaii. Based on observations collected at the German-Spanish Astronomical Centre, Calar Alto, jointly operated by the Max-Planck-Institut für Astronomie Heidelberg and the Instituto de Astrofísica de Andalucía (CSIC). This work is based in part on data products produced at Terapix available at the Canadian Astronomy Data Centre as part of the Canada-France-Hawaii Telescope Legacy Survey, a collaborative project of NRC and CNRS. This research has made use of the VizieR catalogue access tool, CDS, Strasbourg, France. This research has also made use of the NASA/IPAC Extragalactic Database (NED) which is operated by the Jet Propulsion Laboratory, California Institute of Technology, under contract with the National Aeronautics and Space Administration.Full Table 5 is only available at the CDS via anonymous ftp to http://cdsarc.u-strasbg.fr (ftp://130.79.128.5) or via http://cdsarc.u-strasbg.fr/viz-bin/qcat?J/A+A/620/A5 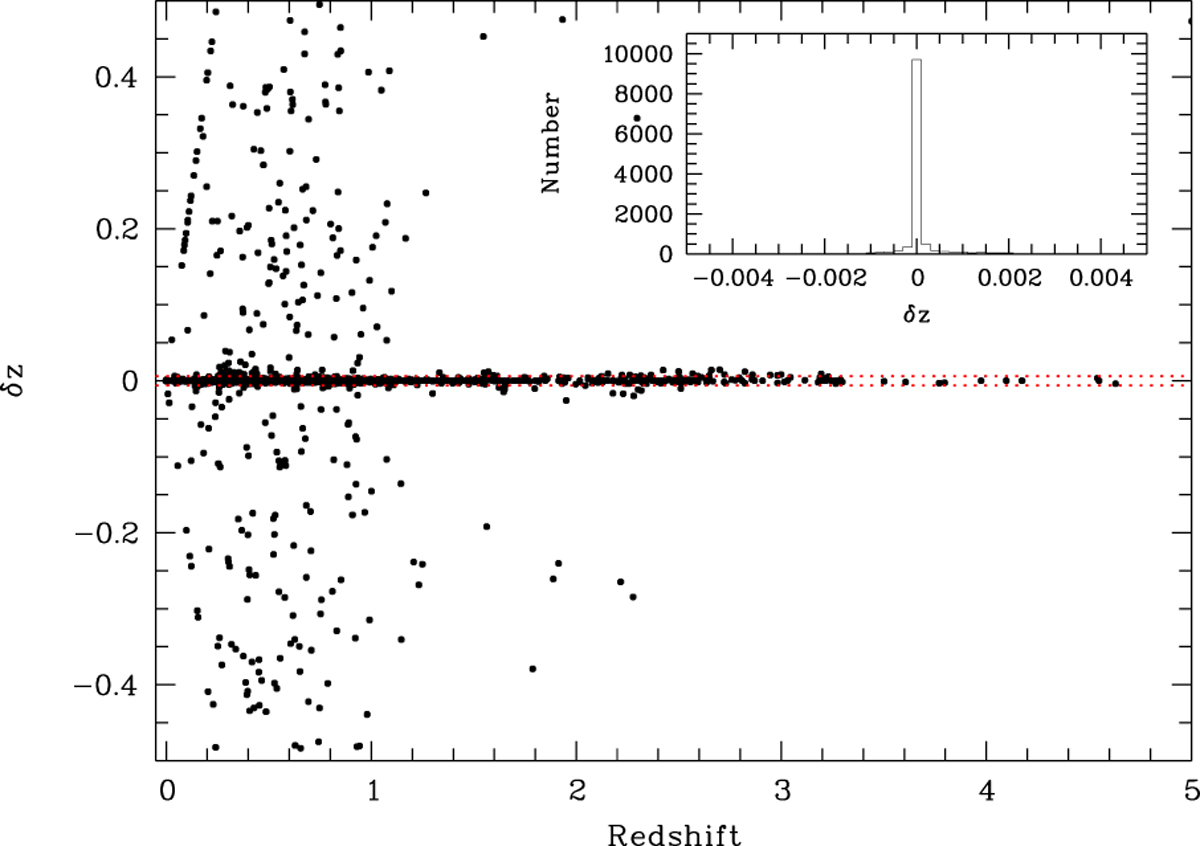