Context. M dwarfs have often been found to have super-Earth planets with short orbital periods. These stars are thus preferential targets in searches for rocky or ocean planets in the solar neighborhood.
Aims: Our research group recently announced the discovery of one and two low-mass planets around the M1.5V stars Gl 433 and Gl 667C, respectively. We found these planets with the HARPS spectrograph on the ESO 3.6-m telescope at La Silla Observatory, from observations obtained during the guaranteed time observing program of that instrument.
Methods: We obtained additional HARPS observations of those two stars, for a total of 67 and 179 radial velocity measurements for Gl 433 and Gl 667C, respectively, and present here an orbital analysis of these extended data sets and our main conclusions about both planetary systems.
Results: One of the three planets, Gl 667Cc, has a mass of only M2sini ~ 4.25 M⊕ and orbits in the central habitable zone of its host star. It receives only 10% less stellar energy from Gl 667C than the Earth receives from the Sun. However, planet evolution in the habitable zone can be very different if the host star is a M dwarf or a solar-like star, without necessarily questioning the presence of water. The two other planets, Gl 433b and Gl 667Cb, both have M2sini of ~5.5 M⊕ and periods of ~7 days. The radial velocity measurements of both stars contain longer timescale signals, which we fit with longer period Keplerians. For Gl 433, the signal probably originates in a magnetic cycle, while data of longer time span will be needed before conclusive results can be obtained for Gl 667C. The metallicity of Gl 433 is close to solar, while Gl 667C is metal poor with [Fe/H] ~ -0.6. This reinforces the recent conclusion that the occurrence of super-Earth planets does not strongly correlate with the stellar metallicity.

Based on observations collected with HARPS instrument on the 3.6-m telescope at La Silla Observatory (European Southern Observatory) under programs ID072.C-0488(E).Appendix A is available in electronic form at http://www.aanda.org 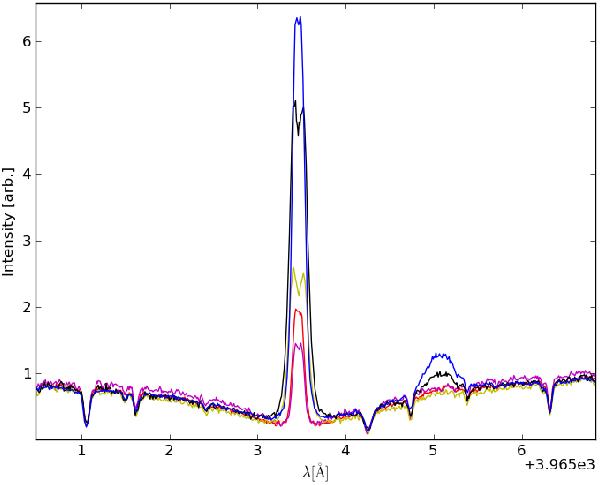