GASP - XII. The variety of physical processes occurring in a single galaxy group in formation

GAs Stripping Phenomena in galaxies with MUSE is a program aimed at studying gas removal processes in nearby galaxies in different environments. We present the study of four galaxies that are part of the same group (z = 0.06359) and highlight the multitude of mechanisms affecting the spatially resolved properties of the group members. One galaxy is passive and shows a regular stellar kinematics. The analysis of its star formation history indicates that the quenching process lasted for a few Gyr and that the star formation declined throughout the disc in a similar way, consistent with strangulation. Another galaxy is characterized by a two-component stellar disc with an extended gas disc that formed a few 108 yr ago, most likely as a consequence of gas accretion. The third member is a spiral galaxy at the edges of the group but embedded in a filament. We hypothesize that the compression exerted by the sparse intergalactic medium on the dense circumgalactic gas switches on star formation in a number of clouds surrounding the galaxy ('cosmic web enhancement'). Alternatively, also ram pressure stripping might be effective. Finally, the fourth galaxy is a spiral with a truncated ionized gas disc and an undisturbed stellar kinematics. An analytical model of the galaxy's restoring pressure, and its location and velocity within the cluster, suggests ram pressure is the most likely physical mechanism in action. This is the first optical evidence for stripping in groups. 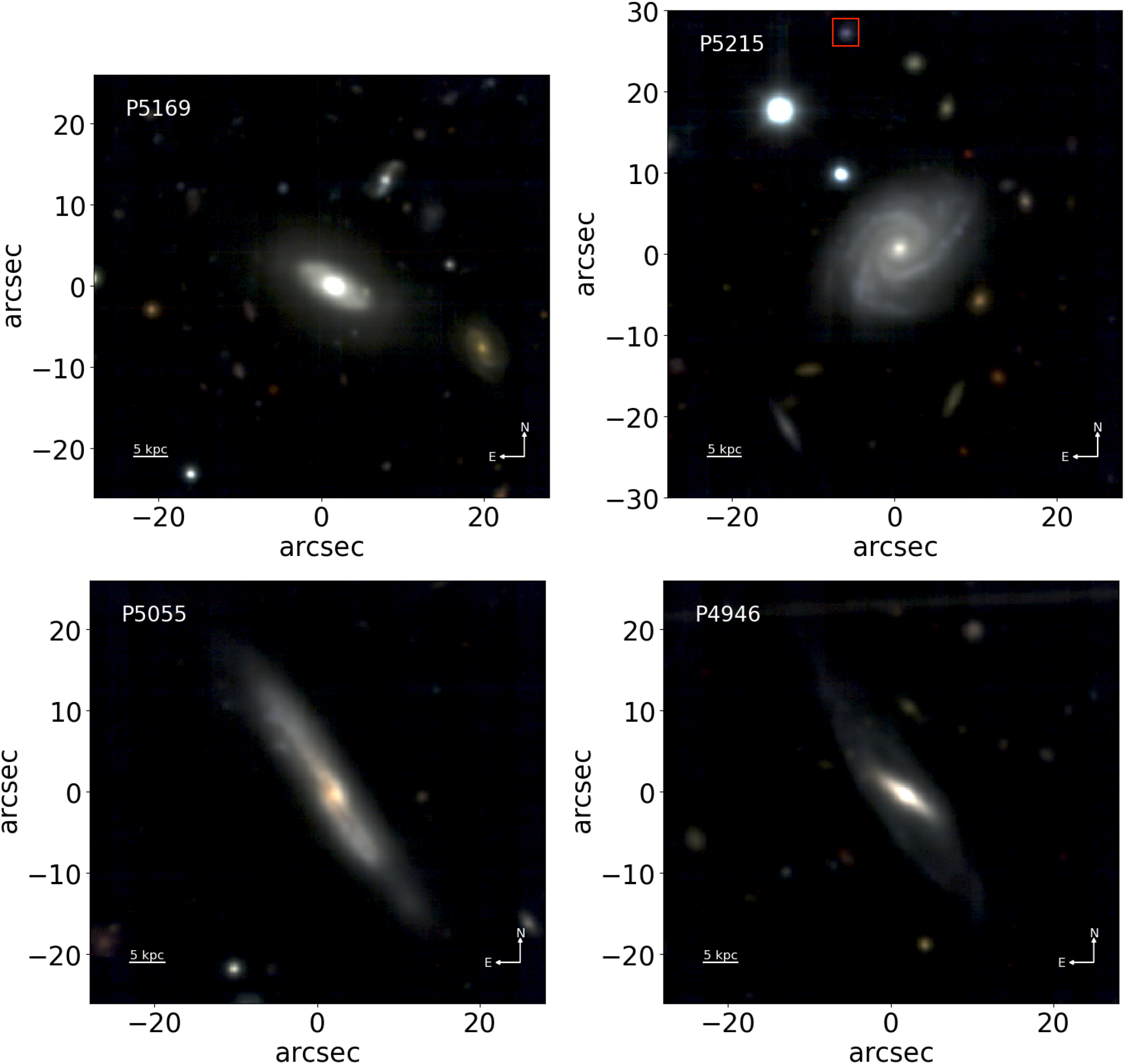