GASP. I. Gas Stripping Phenomena in Galaxies with MUSE

GAs Stripping Phenomena in galaxies with MUSE (GASP) is a new integral-field spectroscopic survey with MUSE at the VLT aimed at studying gas removal processes in galaxies. We present an overview of the survey and show a first example of a galaxy undergoing strong gas stripping. GASP is obtaining deep MUSE data for 114 galaxies at z = 0.04-0.07 with stellar masses in the range {10}9.2{--}{10}11.5 {M}⊙ in different environments (galaxy clusters and groups over more than four orders of magnitude in halo mass). GASP targets galaxies with optical signatures of unilateral debris or tails reminiscent of gas-stripping processes (“jellyfish galaxies”), as well as a control sample of disk galaxies with no morphological anomalies. GASP is the only existing integral field unit (IFU) survey covering both the main galaxy body and the outskirts and surroundings, where the IFU data can reveal the presence and origin of the outer gas. To demonstrate GASP’s ability to probe the physics of gas and stars, we show the complete analysis of a textbook case of a jellyfish galaxy, JO206. This is a massive galaxy (9× {10}10 {M}⊙ ) in a low-mass cluster (σ ∼ 500 {km} {{{s}}}-1) at a small projected clustercentric radius and a high relative velocity, with ≥90 kpc long tentacles of ionized gas stripped away by ram pressure. We present the spatially resolved kinematics and physical properties of the gas and stars and depict the evolutionary history of this galaxy. 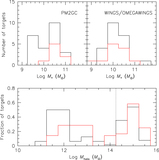