GASP - X. APEX observations of molecular gas in the discs and in the tails of ram-pressure stripped galaxies

Jellyfish galaxies in clusters are key tools to understand environmental processes at work in dense environments. The advent of integral field spectroscopy has recently allowed to study a significant sample of stripped galaxies in the cluster environment at z ∼ 0.05, through the GAs Stripping Phenomena in galaxies with MUSE (GASP) survey. However, optical spectroscopy can only trace the ionized gas component through the H α emission that can be spatially resolved on kpc scale at this redshift. The complex interplay between the various gas phases (ionized, neutral, and molecular) is, however, yet to be understood. We report here the detection of large amounts of molecular gas in the discs of four jellyfish galaxies from the GASP sample with stellar masses {∼ } 3.5× 10^{10}-3× 10^{11} M_{⊙}, showing strong stripping. Moreover, a significant detection is found in two of the stripped tails, and in regions neighbouring the galaxy discs in all four galaxies, while the detection of the furthest regions in two of our galaxies is only tentative. The mass of molecular gas that we measure in the tails amounts to several 10^9 M_{⊙}, and the total mass of molecular gas ranges between 15 and 100 per cent of the galaxy stellar mass. We find a clear correlation between the ionized gas emission H α and the amount of molecular gas. The CO velocities measured from APEX data are not always coincident with the underlying H α emitting knots, and the derived star formation efficiencies appear to be very low. 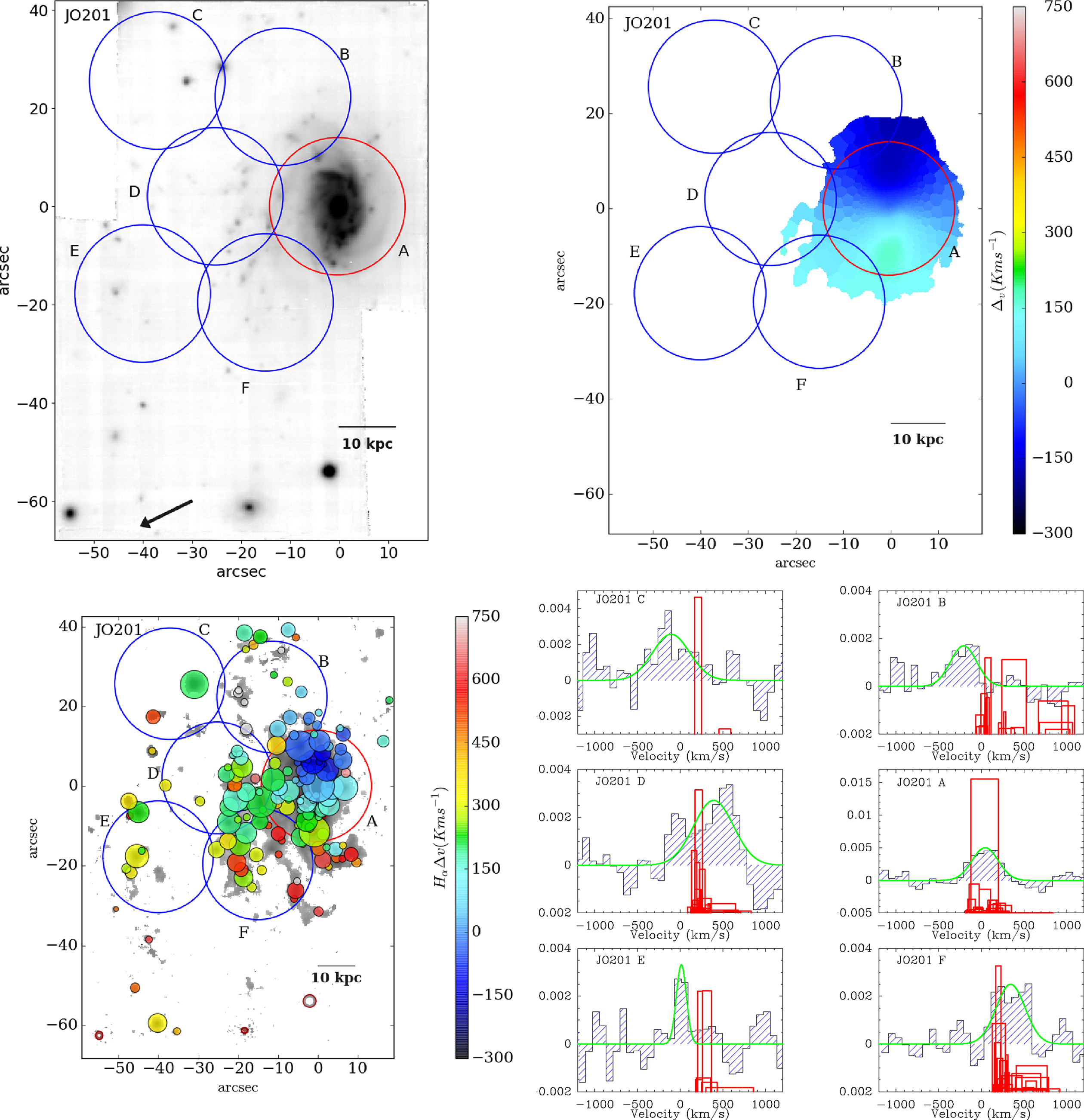