The SOPHIE search for northern extrasolar planets. XVIII. Six new cold Jupiters, including one of the most eccentric exoplanet orbits

Context. Due to their low transit probability, the long-period planets are, as a population, only partially probed by transit surveys. Radial velocity surveys thus have a key role to play, in particular for giant planets. Cold Jupiters induce a typical radial velocity semi-amplitude of 10 m s−1, which is well within the reach of multiple instruments that have now been in operation for more than a decade.
Aims: We take advantage of the ongoing radial velocity survey with the SOPHIE high-resolution spectrograph, which continues the search started by its predecessor ELODIE to further characterize the cold Jupiter population.
Methods: Analyzing the radial velocity data from six bright solar-like stars taken over a period of up to 15 yr, we attempt the detection and confirmation of Keplerian signals.
Results: We announce the discovery of six planets, one per system, with minimum masses in the range 4.8-8.3 Mjup and orbital periods between 200 days and 10 yr. The data do not provide enough evidence to support the presence of additional planets in any of these systems. The analysis of stellar activity indicators confirms the planetary nature of the detected signals.
Conclusions: These six planets belong to the cold and massive Jupiter population, and four of them populate its eccentric tail. In this respect, HD 80869 b stands out as having one of the most eccentric orbits, with an eccentricity of 0.862−0.018+0.028. These planets can thus help to better constrain the migration and evolution processes at play in the gas giant population. Furthermore, recent works presenting the correlation between small planets and cold Jupiters indicate that these systems are good candidates to search for small inner planets. 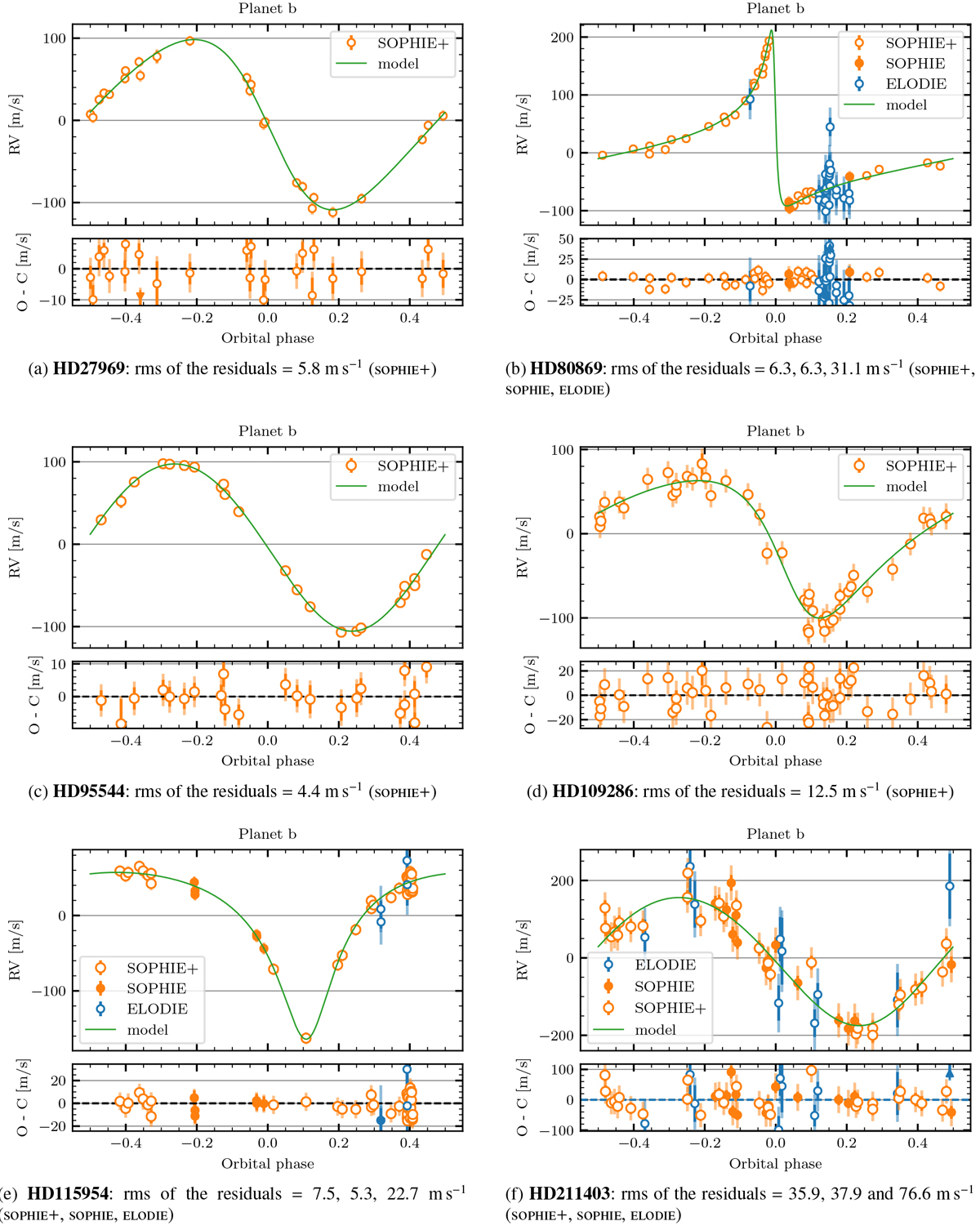