The SOPHIE search for northern extrasolar planets. XIV. A temperate (Teq 300 K) super-earth around the nearby star Gliese 411

Periodic radial velocity variations in the nearby M-dwarf star Gl 411 are reported, based on measurements with the SOPHIE spectrograph. Current data do not allow us to distinguish between a 12.95-day period and its one-day alias at 1.08 days, but favour the former slightly. The velocity variation has an amplitude of 1.6 m s-1, making this the lowest-amplitude signal detected with SOPHIE up to now. We have performed a detailed analysis of the significance of the signal and its origin, including extensive simulations with both uncorrelated and correlated noise, representing the signal induced by stellar activity. The signal is significantly detected, and the results from all tests point to its planetary origin. Additionally, the presence of an additional acceleration in the velocity time series is suggested by the current data. On the other hand, a previously reported signal with a period of 9.9 days, detected in HIRES velocities of this star, is not recovered in the SOPHIE data. An independent analysis of the HIRES dataset also fails to unveil the 9.9-day signal. If the 12.95-day period is the real one, the amplitude of the signal detected with SOPHIE implies the presence of a planet, called Gl 411 b, with a minimum mass of around three Earth masses, orbiting its star at a distance of 0.079 AU. The planet receives about 3.5 times the insolation received by Earth, which implies an equilibrium temperature between 256 and 350 K, and makes it too hot to be in the habitable zone. At a distance of only 2.5 pc, Gl 411 b, is the third closest low-mass planet detected to date. Its proximity to Earth will permit probing its atmosphere with a combination of high-contrast imaging and high-dispersion spectroscopy in the next decade. 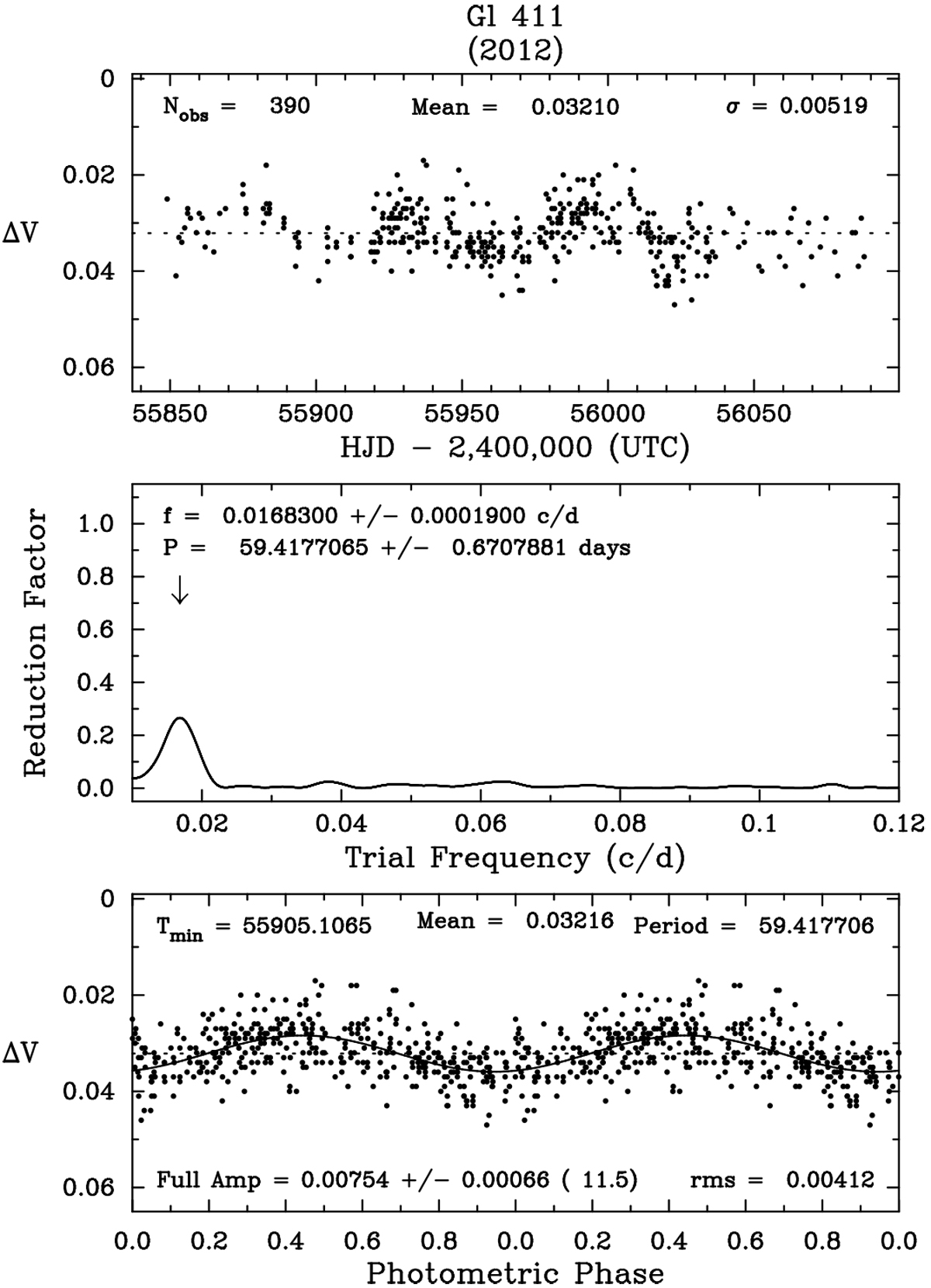