Measurements of the physical properties of stars at the lower end of the main sequence are scarce. In this context we report masses, radii and surface gravities of ten very-low-mass stars in eclipsing binary systems, with orbital periods of the order of several days. The objects probe the stellar mass-radius relation in the fully convective regime, M⋆ ≲ 0.35 M⊙, down to the hydrogen burning mass-limit, MHB ∼ 0.07 M⊙. The stars were detected by the WASP survey for transiting extra-solar planets, as low-mass, eclipsing companions orbiting more massive, F- and G-type host stars. We use eclipse observations of the host stars, performed with the TRAPPIST, Leonhard Euler and SPECULOOS telescopes, and radial velocities of the host stars obtained with the CORALIE spectrograph, to determine the physical properties of the low-mass companions. Surface gravities of the low-mass companions are derived from the eclipse and orbital parameters of each system. Spectroscopic measurements of the host star effective temperature and metallicity are used to infer the host star mass and age from stellar evolution models for solar-type stars. Masses and radii of the low-mass companions are then derived from the eclipse and orbital parameters of the binary systems. The objects are compared to stellar evolution models for low-mass stars, to test for an effect of the stellar metallicity and orbital period on the radius of low-mass stars in close binary systems. Measurements are found to be in good agreement with stellar evolution models; a systematic inflation of the radius of low-mass stars with respect to model predictions is limited to 1.6 ± 1.2%, in the fully convective low-mass regime. The sample of ten objects indicates a scaling of the radius of low-mass stars with the host star metallicity. No correlation between stellar radii and the orbital periods of the binary systems is determined. A combined analysis with thirteen comparable objects from the literature is consistent with this result. 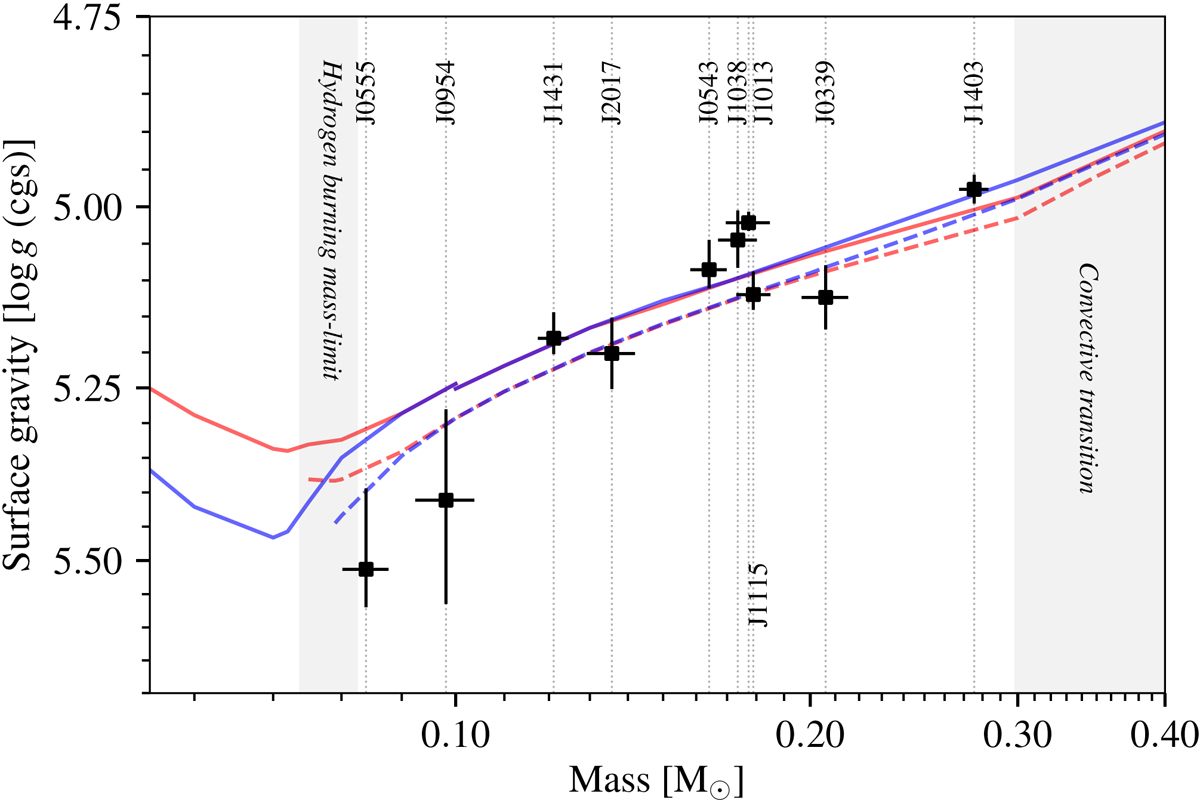