We present 2271 radial velocity measurements taken on 118 single-line binary stars, taken over eight years with the CORALIE spectrograph. The binaries consist of F/G/K primaries and M dwarf secondaries. They were initially discovered photometrically by the WASP planet survey, as their shallow eclipses mimic a hot Jupiter transit. The observations we present permit a precise characterisation of the binary orbital elements and mass function. With modelling of the primary star, this mass function is converted to a mass of the secondary star. In the future, this spectroscopic work will be combined with precise photometric eclipses to draw an empirical mass/radius relation for the bottom of the mass sequence. This has applications in both stellar astrophysics and the growing number of exoplanet surveys around M dwarfs. In particular, we have discovered 34 systems with a secondary mass below 0.2 M☉, and so we will ultimately double the number of known very low-mass stars with well-characterised masses and radii. The quality of our data combined with the amplitude of the Doppler variations mean that we are able to detect eccentricities as small as 0.001 and orbital periods to sub-second precision. Our sample can revisit some earlier work on the tidal evolution of close binaries, extending it to low mass ratios. We find some exceptional binary systems that are eccentric at orbital periods below three days, while our longest circular orbit has a period of 10.4 days. Amongst our systems, we note one remarkable architecture in J1146-42 that boasts three stars within one astronomical unit. By collating the EBLM binaries with published WASP planets and brown dwarfs, we derive a mass spectrum with twice the resolution of previous work. We compare the WASP/EBLM sample of tightly bound orbits with work in the literature on more distant companions up to 10 AU. We note that the brown dwarf desert appears wider, as it carves into the planetary domain for our short-period orbits. This would mean that a significantly reduced abundance of planets begins at 3 MJup, well before the deuterium-burning limit. This may shed light on the formation and migration history of massive gas giants.

Based on photometric observations with the SuperWASP and SuperWASP-South instruments and radial velocity measurement from the CORALIE spectrograph, mounted on the Swiss 1.2 m Euler Telescope, located at ESO, La Silla, Chile. The data is publicly available at the CDS Strasbourg and on demand to the main author.Radial velocity measurements are only available at the CDS via anonymous ftp to http://cdsarc.u-strasbg.fr (http://130.79.128.5) or via http://cdsarc.u-strasbg.fr/viz-bin/qcat?J/A+A/608/A129 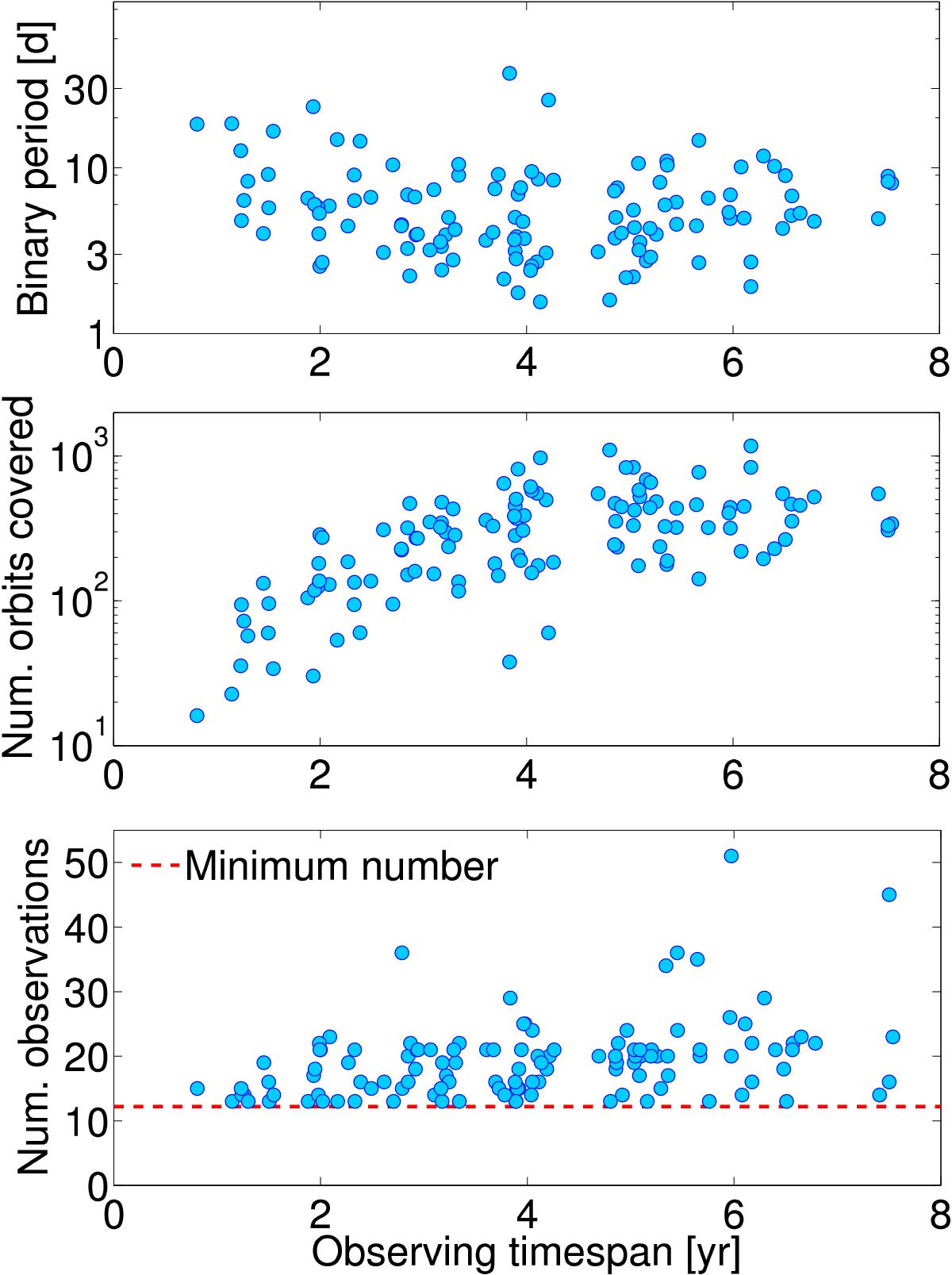