Aims: The characteristic outer scale of turbulence (i.e. the scale at which the dominant source of turbulence injects energy to the interstellar medium) and the ratio of the random to ordered components of the magnetic field are key parameters to characterise magnetic turbulence in the interstellar gas, which affects the propagation of cosmic rays within the Galaxy. We provide new constraints to those two parameters.
Methods: We use the LOw Frequency ARray (LOFAR) to image the diffuse continuum emission in the Fan region at (l,b) ~ (137.0°, +7.0°) at 80'' × 70'' resolution in the range [146, 174] MHz. We detect multi-scale fluctuations in the Galactic synchrotron emission and compute their power spectrum. Applying theoretical estimates and derivations from the literature for the first time, we derive the outer scale of turbulence and the ratio of random to ordered magnetic field from the characteristics of these fluctuations.
Results: We obtain the deepest image of the Fan region to date and find diffuse continuum emission within the primary beam. The power spectrum displays a power law behaviour for scales between 100 and 8 arcmin with a slope α = -1.84 ± 0.19. We find an upper limit of ~20 pc for the outer scale of the magnetic interstellar turbulence toward the Fan region, which is in agreement with previous estimates in literature. We also find a variation of the ratio of random to ordered field as a function of Galactic coordinates, supporting different turbulent regimes.
Conclusions: We present the first LOFAR detection and imaging of the Galactic diffuse synchrotron emission around 160 MHz from the highly polarized Fan region. The power spectrum of the foreground synchrotron fluctuations is approximately a power law with a slope α ≈ -1.84 up to angular multipoles of ≲1300, corresponding to an angular scale of ~8 arcmin. We use power spectra fluctuations from LOFAR as well as earlier GMRT and WSRT observations to constrain the outer scale of turbulence (Lout) of the Galactic synchrotron foreground, finding a range of plausible values of 10-20 pc. Then, we use this information to deduce lower limits of the ratio of ordered to random magnetic field strength. These are found to be 0.3, 0.3, and 0.5 for the LOFAR, WSRT and GMRT fields considered respectively. Both these constraints are in agreement with previous estimates. 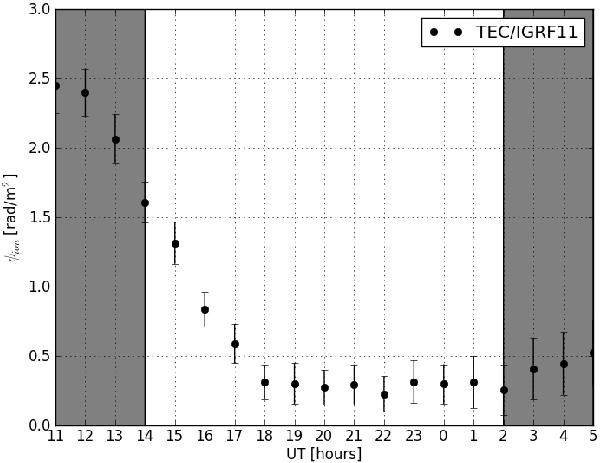