Sub-arcsecond imaging of Arp 299-A at 150 MHz with LOFAR: Evidence for a starburst-driven outflow

We report on the first sub-arcsecond (0.44 × 0.41 arcsec2) angular resolution image at 150 MHz of the A-nucleus in the luminous infrared galaxy Arp 299, from International Low Frequency Array (LOFAR) Telescope observations. The most remarkable finding is that of an intriguing two-sided, filamentary structure emanating from the A-nucleus, which we interpret as an outflow that extends up to at least 14 arcsec from the A-nucleus in the N-S direction ( ≈5 kpc deprojected size) and accounts for almost 40% of the extended emission of the entire galaxy system. We also discuss HST/NICMOS [FeII] 1.64 μm and H2 2.12 μm images of Arp 299-A, which show similar features to those unveiled by our 150 MHz LOFAR observations, providing strong morphological support for the outflow scenario. Finally, we discuss unpublished Na I D spectra that confirm the outflow nature of this structure. From energetic arguments, we rule out the low-luminosity active galactic nucleus in Arp 299-A as a driver for the outflow. On the contrary, the powerful, compact starburst in the central regions of Arp 299-A provides plenty of mechanical energy to sustain an outflow, and we conclude that the intense supernova (SN) activity in the nuclear region of Arp 299-A is driving the observed outflow. We estimate that the starburst wind can support a mass-outflow rate in the range (11-63 M⊙ yr-1) at speeds of up to 370-890 km s-1, and is relatively young, with an estimated kinematic age of 3-7 Myr. Those results open an avenue to the use of low-frequency (150 MHz), sub-arcsecond imaging with LOFAR to detect outflows in the central regions of local luminous infrared galaxies. 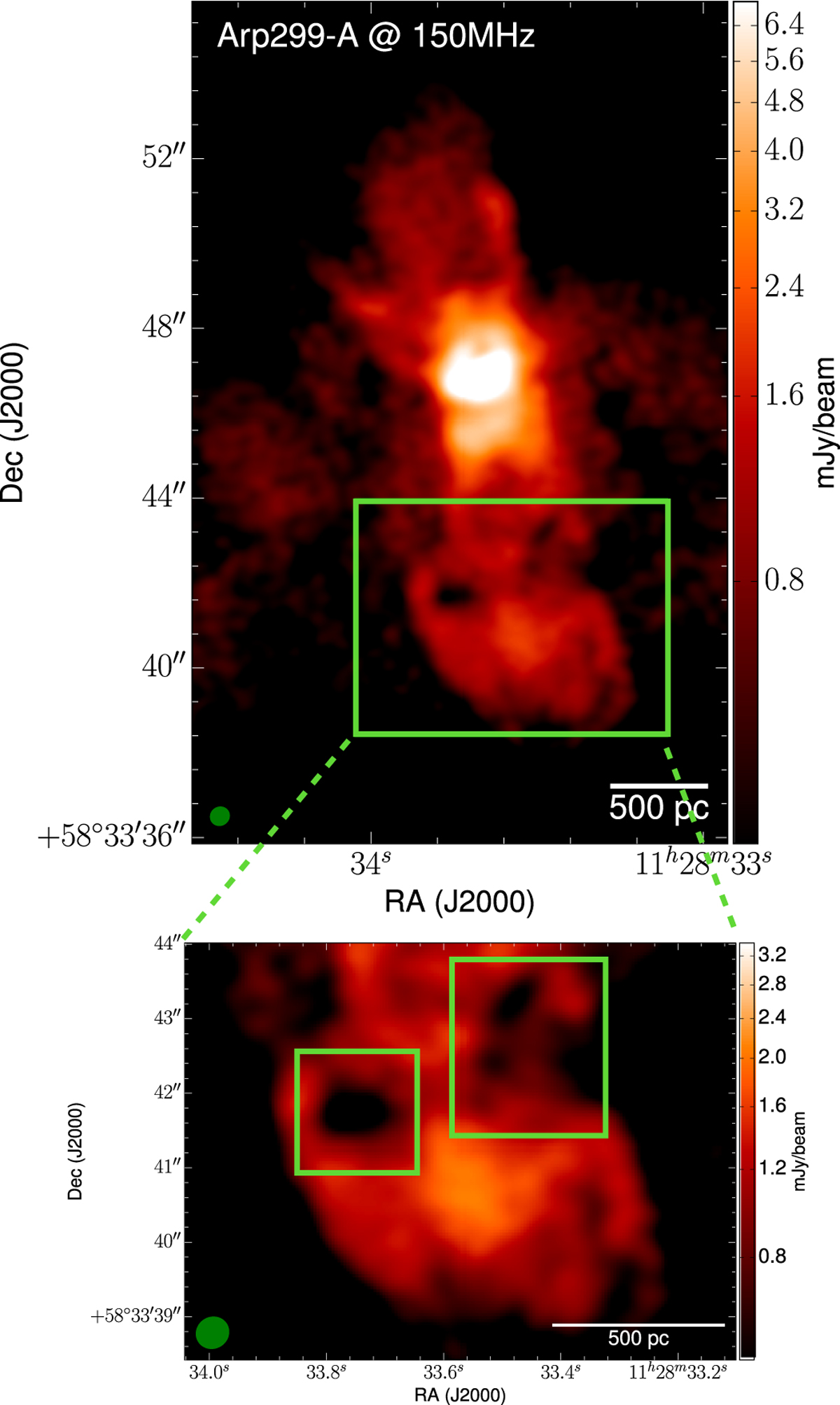