UGC 4483 is a nearby blue compact dwarf (BCD) galaxy. HST observations have resolved the galaxy into single stars and this has led to the derivation of its star formation history and to a direct estimate of its stellar mass. We have analysed archival VLA observations of the 21-cm line and found that UGC 4483 has a steeply-rising rotation curve which flattens in the outer parts at a velocity of ~20 km s-1. Radial motions of ~5 km s-1 may also be present. As far as we know, UGC 4483 is the lowest-mass galaxy with a differentially rotating H I disk. The steep rise of the rotation curve indicates that there is a strong central concentration of mass. We have built mass models using the HST information on the stellar mass to break the disk-halo degeneracy: old stars contribute ~50% of the observed rotation velocity at 2.2 disk scale-lengths. Baryons (gas and stars) constitute an important fraction of the total dynamical mass. These are striking differences with respect to typical dwarf irregular galaxies (dIrrs), which usually have slowly-rising rotation curves and are thought to be entirely dominated by dark matter. BCDs appear to be different from non-starbursting dIrrs in terms of their H I and stellar distributions and their internal dynamics. To their high central surface brightnesses and high central H I densities correspond strong central rotation-velocity gradients. This implies that the starburst is closely related with the gravitational potential and the concentration of gas. We discuss the implications of our results on the properties of the progenitors/descendants of BCDs. 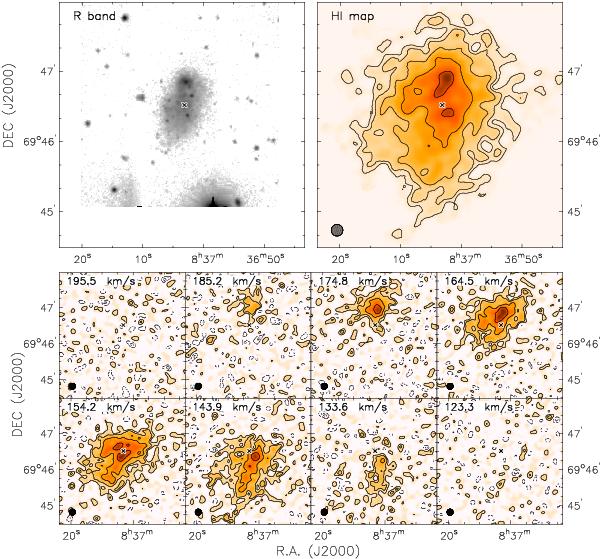