Dynamics of starbursting dwarf galaxies. III. A H I study of 18 nearby objects

We investigate the dynamics of starbursting dwarf galaxies, using both new and archival H I observations. We consider 18 nearby galaxies that have been resolved into single stars by HST observations, providing their star formation history and total stellar mass. We find that 9 objects have a regularly rotating H I disk, 7 have a kinematically disturbed H I disk, and 2 show unsettled H I distributions. Two galaxies (NGC 5253 and UGC 6456) show a velocity gradient along the minor axis of the H I disk, which we interpret as strong radial motions. For galaxies with a regularly rotating disk we derive rotation curves, while for galaxies with a kinematically disturbed disk, we estimate the rotation velocities in their outer parts. We derive baryonic fractions within about 3 optical scale lengths and find that, on average, baryons constitute at least 30% of the total mass. Despite the star formation having injected ~1056 ergs in the ISM in the past ~500 Myr, these starbursting dwarfs have both baryonic and gas fractions similar to those of typical dwarf irregulars, suggesting that they did not eject a large amount of gas out of their potential wells. 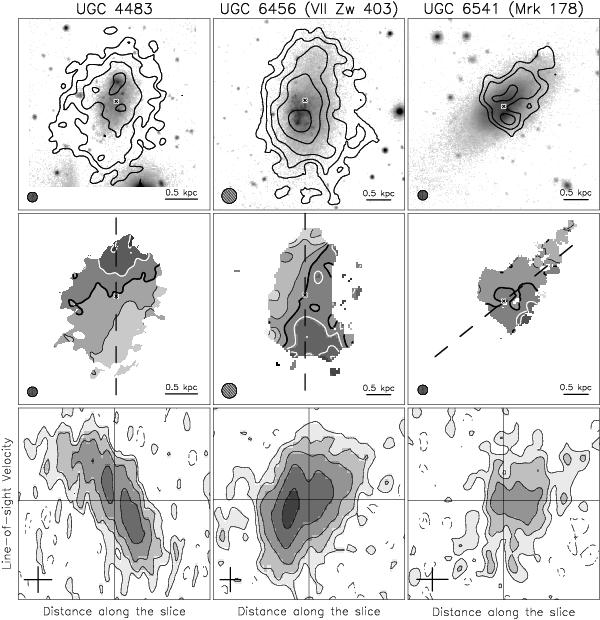