I Zw 18 is a prototype blue compact dwarf (BCD) galaxy, characterized by a strong starburst and extremely low metallicity (Z ~ 0.02 Z⊙). It has long been considered a candidate young galaxy in the Local Universe, but recent studies have found that it contains old stars. We analysed archival VLA observations of the 21 cm line and found that the H i associated to the starburst region forms a compact rapidly rotating disk. The H i column densities are very high, up to ~50-100 M⊙ pc-2 (~0.6-1.2 × 1022 atoms cm-2). The rotation curve is flat with a steep rise in the inner parts, indicating that there is a strong central concentration of mass. Mass models with a dark matter halo show that baryons may dominate the gravitational potential in the inner regions. A radial inflow/outflow motion of ~15 km s-1 is also present. I Zw 18 appears to be structurally different from typical dwarf irregulars in terms of its gas distribution, stellar distribution, and dynamics. It may be considered as a "miniature" high-surface-brightness disk galaxy. These dynamical properties must be tightly related to the starburst. They also shed new light on the question of the descendants of BCDs. There is also extended H i emission towards the outlying stellar complex I Zw 18 C and a ~13.5 kpc H i tail. An interaction/merger between gas-rich dwarfs is the most likely explanation of the starburst. 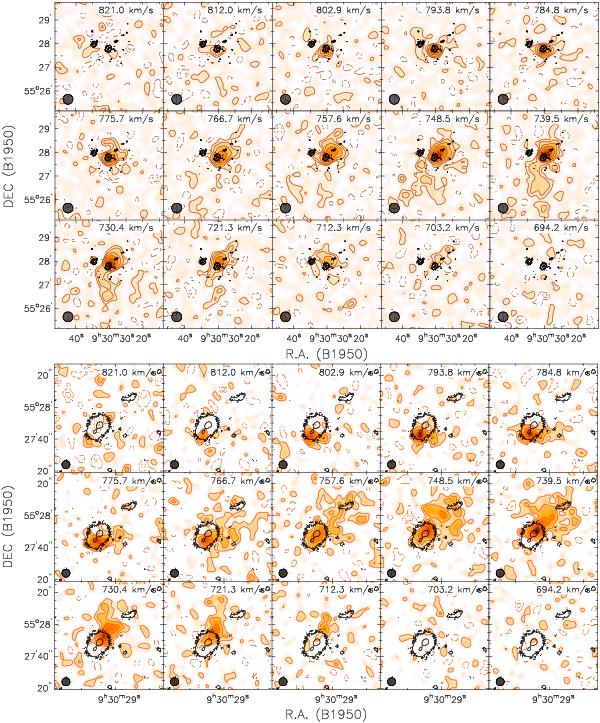