Neutral gas heating by X-rays in primitive galaxies: Infrared observations of the blue compact dwarf I Zw 18 with Herschel

Context. The neutral interstellar medium of galaxies acts as a reservoir to fuel star formation. The dominant heating and cooling mechanisms in this phase are uncertain in extremely metal-poor star-forming galaxies. The low dust-to-gas mass ratio and low polycyclic aromatic hydrocarbon abundance in such objects suggest that the traditional photoelectric effect heating may not be effective.
Aims: Our objective is to identify the dominant thermal mechanisms in one such galaxy, (1/30Z⊙), assess the diagnostic value of fine-structure cooling lines, and estimate the molecular gas content. Even though molecular gas is an important catalyst and tracer of star formation, constraints on the molecular gas mass remain elusive in the most metal-poor galaxies.
Methods: Building on a previous photoionization model describing the giant H II region of I Zw 18-NW within a multi-sector topology, we provide additional constraints using, in particular, the [C II] 157 μm and [O I] 63 μm lines and the dust mass recently measured with the Herschel Space Telescope.
Results: The heating of the H I region appears to be mainly due to photoionization by radiation from a bright X-ray binary source, while the photoelectric effect is negligible. Significant cosmic ray heating is not excluded. Inasmuch as X-ray heating dominates in the H I gas, the infrared fine-structure lines provide an average X-ray luminosity of order 4 × 1040 erg s-1 over the last few 104 yr in the galaxy. The upper limits to the [Ne V] lines provide strong constraints on the soft X-ray flux arising from the binary. A negligible mass of H2 is predicted. Nonetheless, up to ~107 M⊙ of H2 may be hidden in a few sufficiently dense clouds of order ≲5 pc (≲0.05'') in size. Regardless of the presence of significant amounts of H2 gas, [C II] and [O I] do not trace the so-called "CO-dark gas", but they trace the almost purely atomic medium. Although the [C II]+[O I] to total infrared ratio in is similar to values in more metal-rich sources (~1%), it cannot be safely used as a photoelectric heating efficiency proxy. This ratio seems to be kept stable owing to a correlation between the X-ray luminosity and the star formation rate.
Conclusions: X-ray heating could be an important process in extremely metal-poor sources. The lack of photoelectric heating due to the low dust-to-gas ratio tends to be compensated for by the larger occurrence and power of X-ray binaries in low-metallicity galaxies. We speculate that X-ray heating may quench star formation. 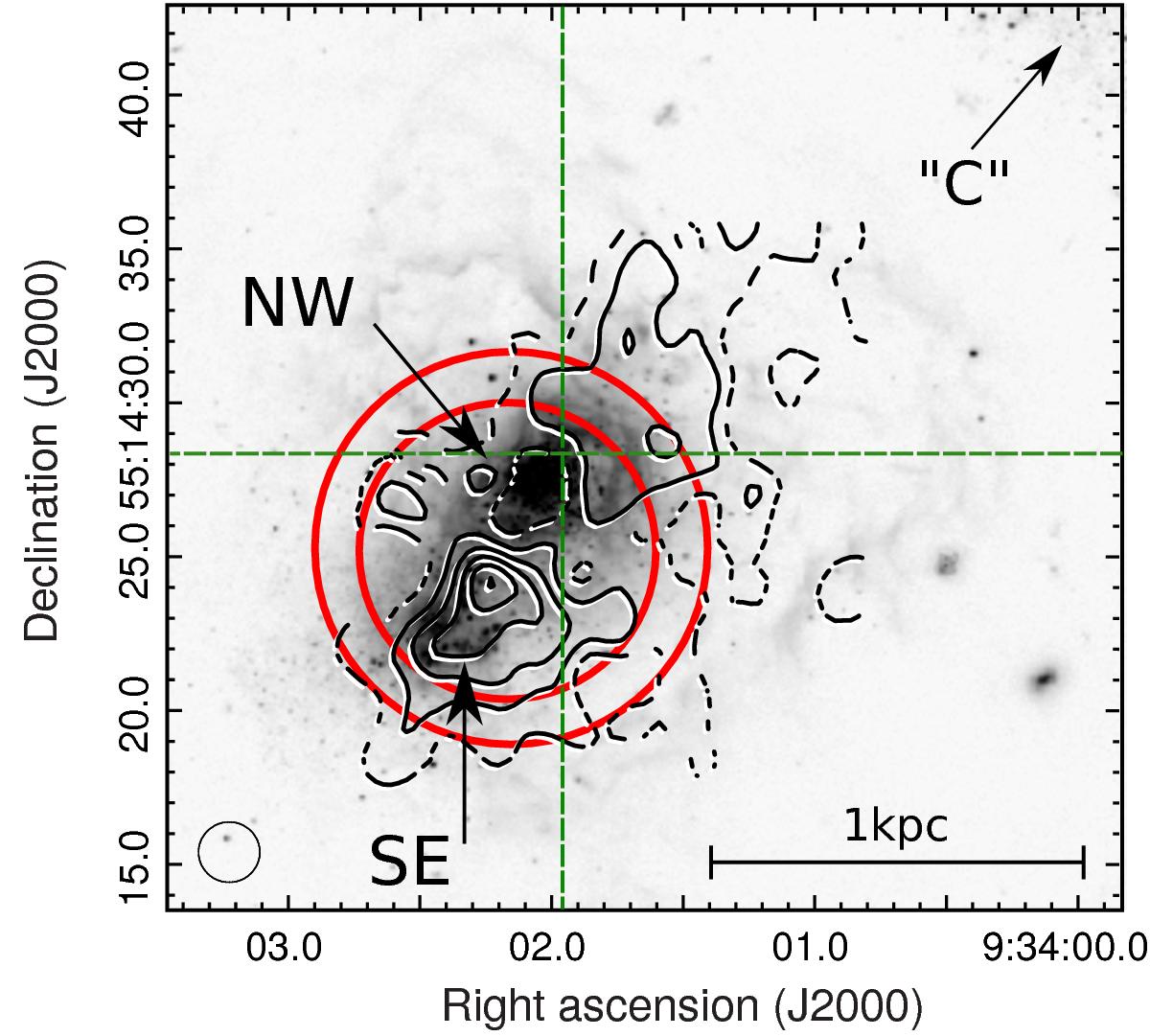