We present the discovery of a candidate multiply transiting system, the first one found in the CoRoT mission. Two transit-like features with periods of 5.11 and 11.76 d are detected in the CoRoT light curve around a main sequence K1V star of r = 15.1. If the features are due to transiting planets around the same star, these would correspond to objects of 3.7 ± 0.4 and 5.0 ± 0.5 R⊕ , respectively. Several radial velocities serve to provide an upper limit of 5.7 M⊕ for the 5.11 d signal and to tentatively measure a mass of 28+11-11 M⊕ for the object transiting with a 11.76 d period. These measurements imply low density objects, with a significant gaseous envelope. The detailed analysis of the photometric and spectroscopic data serves to estimate the probability that the observations are caused by transiting Neptune-sized planets as much as over 26 times higher than a blend scenario involving only one transiting planet and as much as over 900 times higher than a scenario involving two blends and no planets. The radial velocities show a long-term modulation that might be attributed to a 1.5 MJup planet orbiting at 1.8 AU from the host, but more data are required to determine the precise orbital parameters of this companion.

The CoRoT space mission, launched on 27 December 2006, has been developed and is operated by the CNES, with the contribution of Austria, Belgium, Brazil, ESA (RSSD and Science Program), Germany, and Spain. Some of the observations were made with the HARPS spectrograph at ESO La Silla Observatory (184.C-0639) and with the HIRES spectrograph at the Keck Telescope (N035Hr, N143Hr 260 and N095Hr). Partly based on observations obtained at ESO Paranal Observatory, Chile (086.C-0235(A) and B).Tables 2-4 and Fig. 12 are available in electronic form at http://www.aanda.org 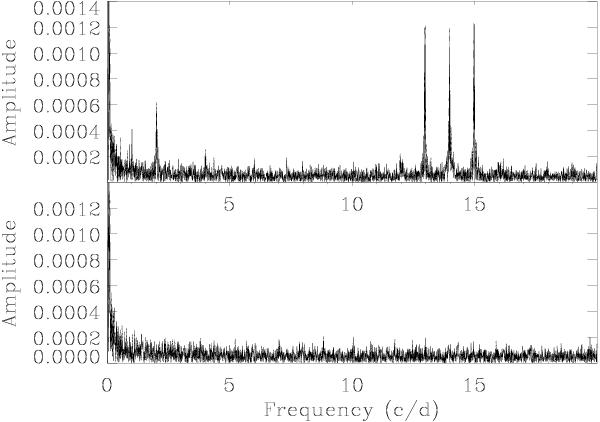