Scattering variability detected from the circumsource medium of FRB 20190520B

Fast radio bursts (FRBs) are millisecond-time-scale radio transients, the origins of which are predominantly extragalactic and likely involve highly magnetized compact objects. FRBs undergo multipath propagation, or scattering, from electron density fluctuations on sub-parsec scales in ionized gas along the line of sight. Scattering observations have located plasma structures within FRB host galaxies, probed Galactic and extragalactic turbulence, and constrained FRB redshifts. Scattering also inhibits FRB detection and biases the observed FRB population. We report the detection of scattering times from the repeating FRB 20190520B that vary by up to a factor of 2 or more on minutes to days-long time-scales. In one notable case, the scattering time varied from 7.9 ± 0.4 ms to less than 3.1 ms ($95{{\ \rm per\ cent}}$ confidence) over 2.9 min at 1.45 GHz. The scattering times appear to be uncorrelated between bursts or with dispersion and rotation measure variations. Scattering variations are attributable to dynamic, inhomogeneous plasma in the circumsource medium, and analogous variations have been observed from the Crab pulsar. Under such circumstances, the frequency dependence of scattering can deviate from the typical power law used to measure scattering. Similar variations may therefore be detectable from other FRBs, even those with inconspicuous scattering, providing a unique probe of small-scale processes within FRB environments. 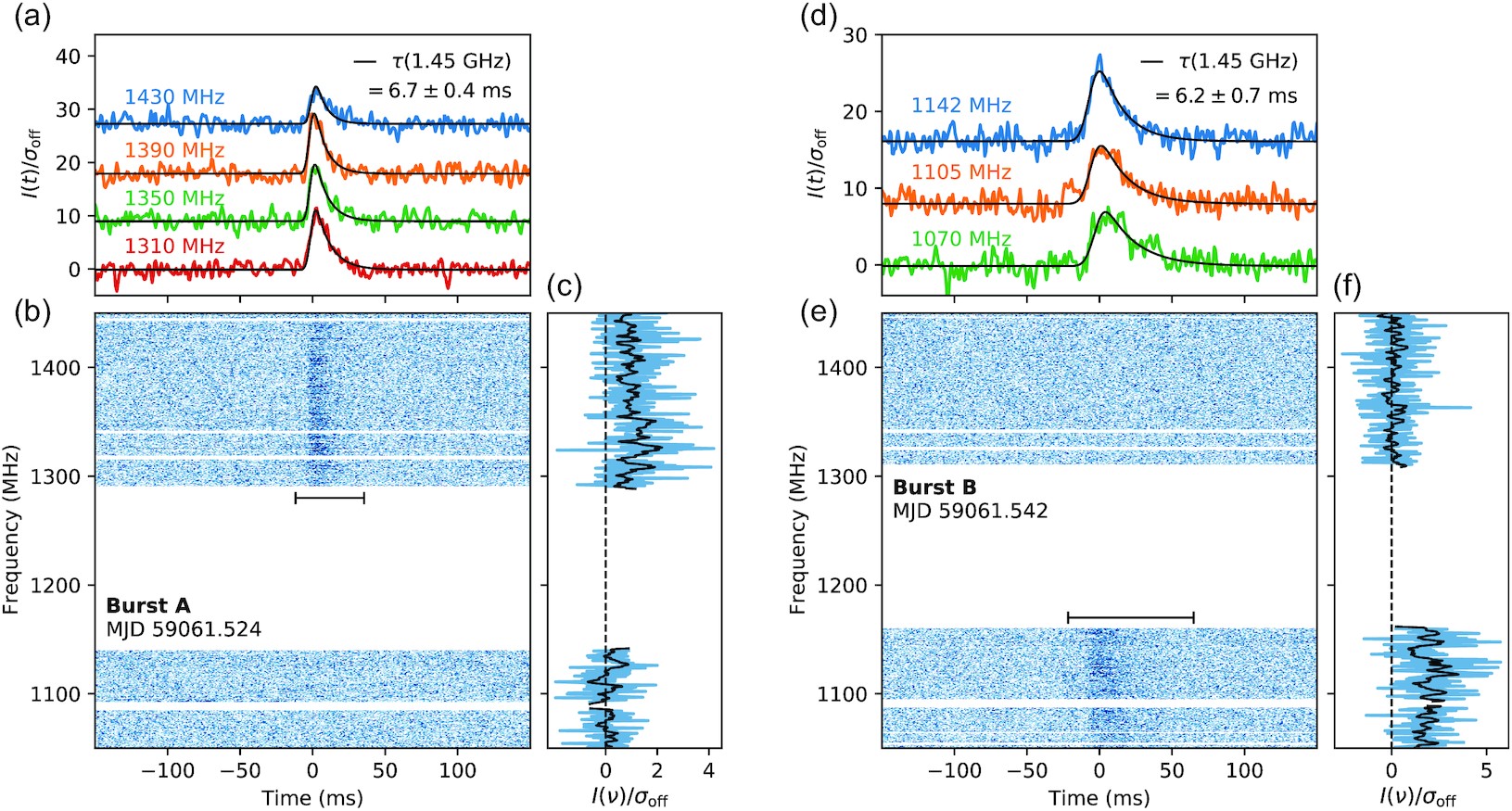