Recent determinations of the mean free path of ionizing photons (mfp) in the intergalactic medium (IGM) at z = 6 are lower than many theoretical predictions. In order to gain insight, we investigate the evolution of the mfp in our new massive fully coupled radiation-hydrodynamics cosmological simulation of reionization: Cosmic Dawn III (CoDa III). CoDa III's scale ($\rm 94^3 \, cMpc^3$) and resolution ($\rm 8192^3$ grid) make it particularly suitable to study the IGM during reionization. The simulation was performed with RAMSES-CUDATON on Summit, and used 13 1072 processors coupled to 24 576 GPUs, making it the largest reionization simulation, and largest ever RAMSES simulation. A superior agreement with global constraints on reionization is obtained in CoDa III over Cosmic Dawn II (CoDa II), especially for the evolution of the neutral hydrogen fraction and the cosmic photoionization rate, thanks to an improved calibration, later end of reionization (z = 5.6), and higher spatial resolution. Analysing the mfp, we find that CoDa III reproduces the most recent observations very well, from z = 6 to z = 4.6. We show that the distribution of the mfp in CoDa III is bimodal, with short (neutral) and long (ionized) mfp modes, due to the patchiness of reionization and the coexistence of neutral versus ionized regions during reionization. The neutral mode peaks at sub-kpc to kpc scales of mfp, while the ionized mode peak evolves from 0.1 Mpc h-1 at z = 7 to ~10 Mpc h-1 at z = 5.2. Computing the mfp as the average of the ionized mode provides the best match to the recent observational determinations. The distribution reduces to a single neutral (ionized) mode at z > 13 (z < 5). 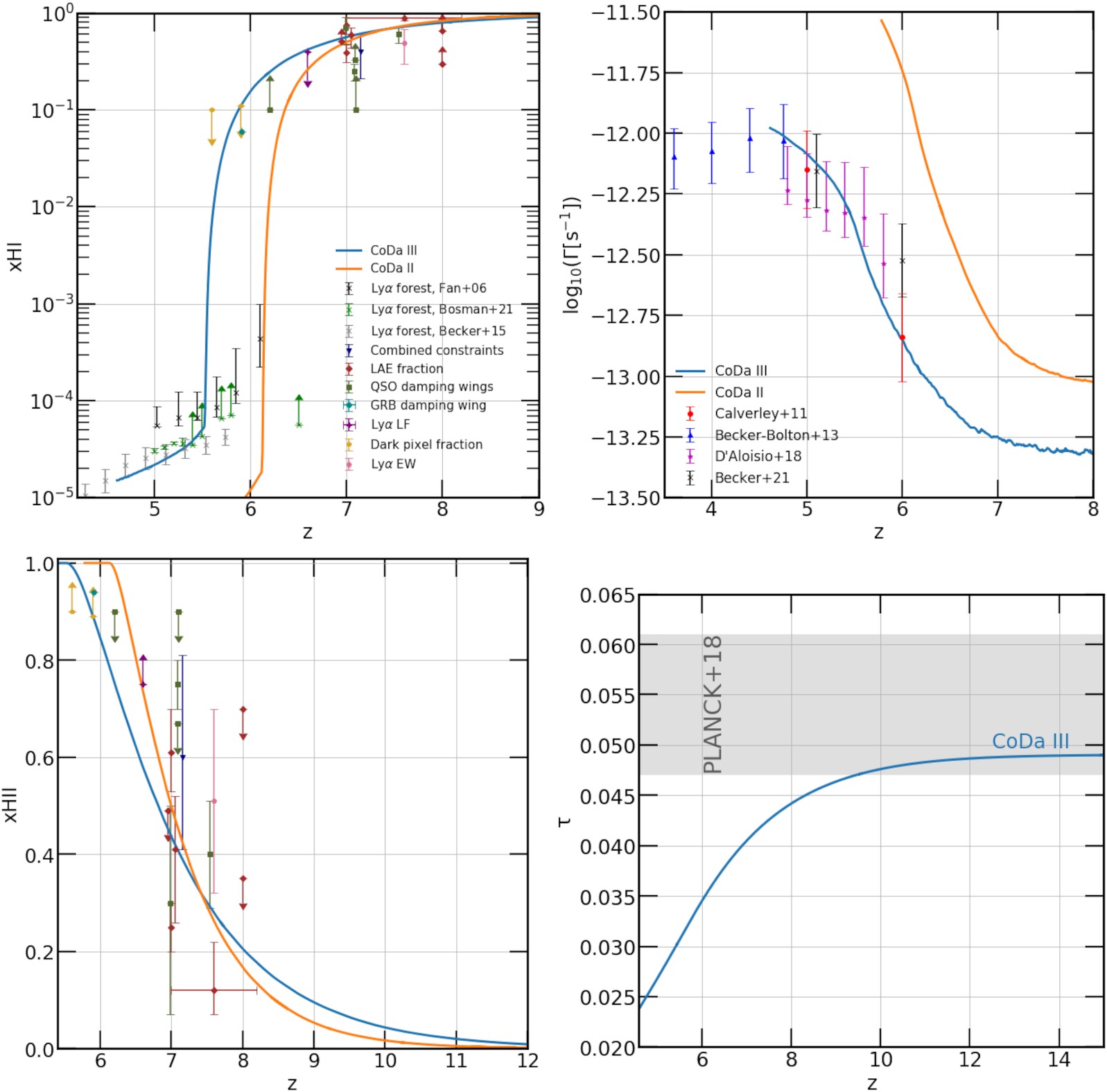