A comprehensive study of the co-evolution of globular cluster systems (GCS) in galaxies requires the ability to model both the large-scale dynamics (0.01-10 kpc) regulating their orbital evolution, and the small-scale dynamics (sub-pc - au) regulating the internal dynamics of each globular cluster (GC). In this work, we present a novel method that combine semi-analytic models of GCS with fully self-consistent Monte Carlo models to simultaneously evolve large GCSs. We use the population synthesis code MASinGa and the MOCCA-Survey Database I to create synthetic GC populations aimed at representing the observed features of GCs in the Milky Way (MW) and Andromeda (M31). Our procedure enables us to recover the spatial and mass distribution of GCs in such galaxies, and to constrain the amount of mass that GCs left either in the halo as dispersed debris, or in the galactic centre, where they can contribute to the formation of a nuclear star cluster (NSC) and can bring stellar and possibly intermediate mass black holes there. The final masses reported by our simulations are of a few order of magnitudes smaller than the observed values. These differences show that mass build-up of an NSC and central BHs in galaxies like MW and M31 cannot be solely explained by the infalling GC scenario. This build-up is likely to depend on the interplay between interactions and mergers of infalling GCs and gas. The latter can contribute to both in situ star formation in the NSC and growth of the central BH. 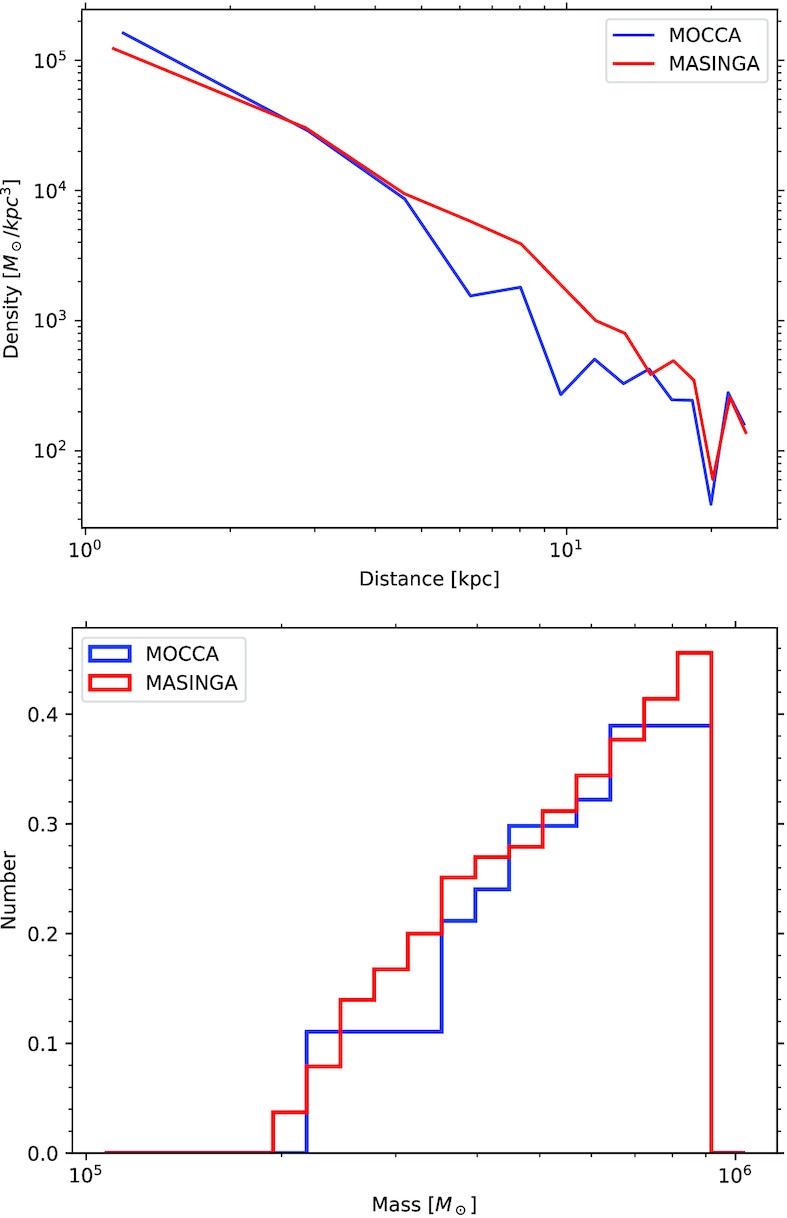