The spatial distribution of mono-abundance populations (MAPs, selected in [Fe/H] and [Mg/Fe]) reflect the chemical and structural evolution in a galaxy and impose strong constraints on galaxy formation models. In this paper, we use APOGEE data to derive the intrinsic density distribution of MAPs in the Milky Way, after carefully considering the survey selection function. We find that a single exponential profile is not a sufficient description of the Milky Way's disc. Both the individual MAPs and the integrated disc exhibit a broken radial density distribution; densities are relatively constant with radius in the inner Galaxy and rapidly decrease beyond the break radius. We fit the intrinsic density distribution as a function of radius and vertical height with a 2D density model that considers both a broken radial profile and radial variation of scale height (i.e. flaring). There is a large variety of structural parameters between different MAPs, indicative of strong structure evolution of the Milky Way. One surprising result is that high-α MAPs show the strongest flaring. The young, solar-abundance MAPs present the shortest scale height and least flaring, suggesting recent and ongoing star formation confined to the disc plane. Finally we derive the intrinsic density distribution and corresponding structural parameters of the chemically defined thin and thick discs. The chemical thick and thin discs have local surface mass densities of 5.62 ± 0.08 and 15.69 ± 0.32 M⊙pc-2, respectively, suggesting a massive thick disc with a local surface mass density ratio between thick to thin disc of 36 per cent. 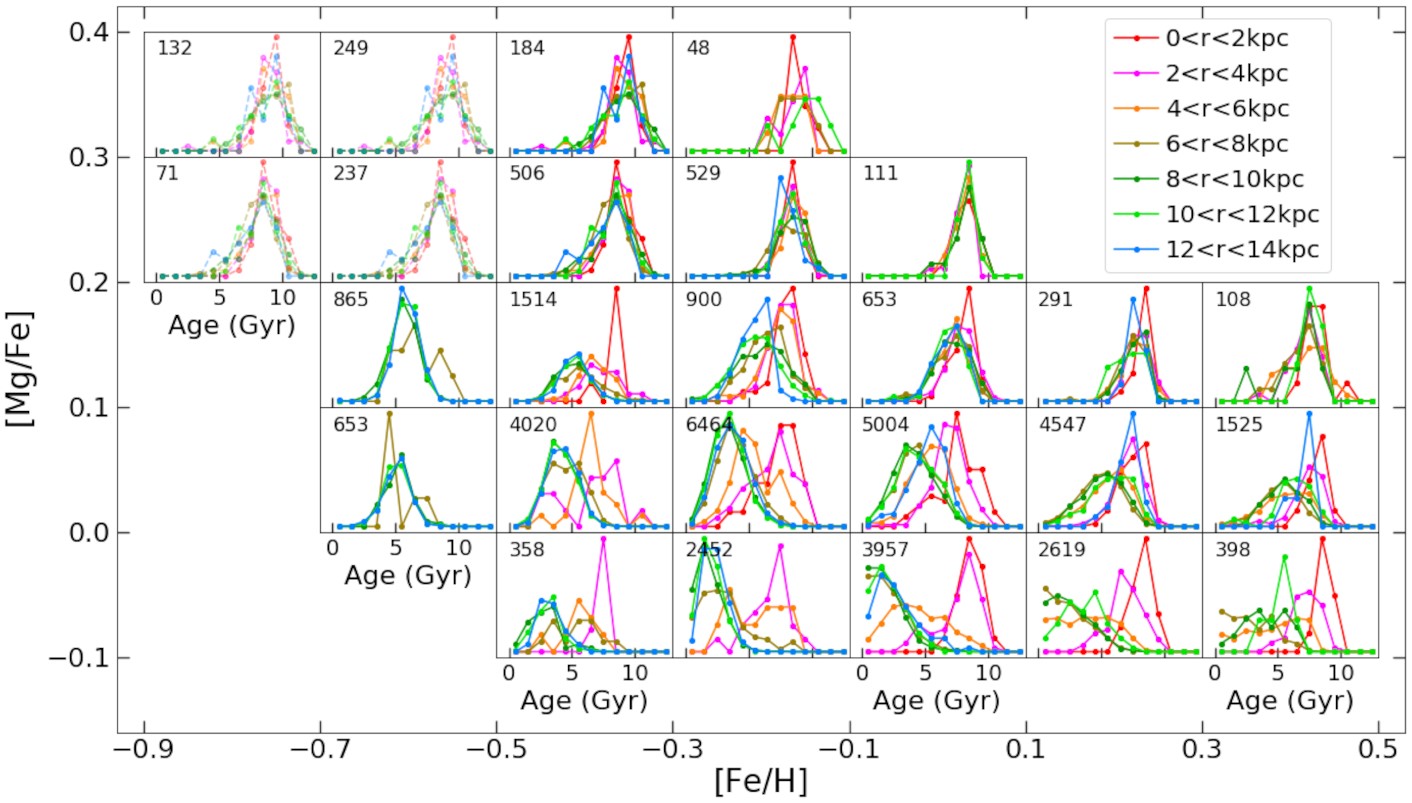