Accretion and ejection of matter in active galactic nuclei (AGNs) are tightly connected phenomena and represent fundamental mechanisms regulating the growth of the central supermassive black hole and the evolution of the host galaxy. However, the exact physical processes involved are not yet fully understood. We present a high-resolution spectral analysis of a simultaneous XMM-Newton and NuSTAR observation of the narrow line Seyfert 1 (NLS1) AGN 1H 1934-063, during which the X-ray flux dropped by a factor of ~6 and subsequently recovered within 140 kiloseconds. By means of the time-resolved and flux-resolved X-ray spectroscopy, we discover a potentially variable warm absorber and a relatively stable ultra-fast outflow (UFO, $v_\mathrm{UFO}\sim -0.075\, c$) with a mild ionization state ($\log (\xi /\mathrm{erg\, cm\, s^{-1})}\sim 1.6$). The detected emission lines (especially a strong and broad feature around 1 keV) are of unknown origin and cannot be explained with emission from plasmas in photo- or collisional-ionization equilibrium. Such emission lines could be well described by a strongly blueshifted (z ~ -0.3) secondary reflection off the base of the equatorial outflows, which may reveal the link between the reprocessing of the inner accretion flow photons and the ejection. However, this scenario although being very promising is only tentative and will be tested with future observations. 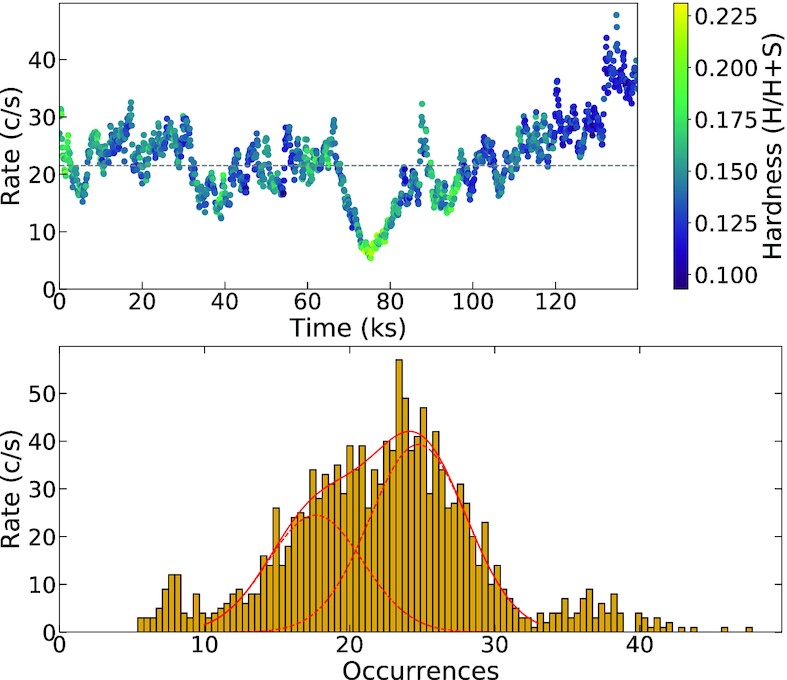