The PEPSI exoplanet transit survey (PETS) I: investigating the presence of a silicate atmosphere on the super-earth 55 Cnc e

The study of exoplanets and especially their atmospheres can reveal key insights on their evolution by identifying specific atmospheric species. For such atmospheric investigations, high-resolution transmission spectroscopy has shown great success, especially for Jupiter-type planets. Towards the atmospheric characterization of smaller planets, the super-Earth exoplanet 55 Cnc e is one of the most promising terrestrial exoplanets studied to date. Here, we present a high-resolution spectroscopic transit observation of this planet, acquired with the PEPSI instrument at the Large Binocular Telescope. Assuming the presence of Earth-like crust species on the surface of 55 Cnc e, from which a possible silicate-vapor atmosphere could have originated, we search in its transmission spectrum for absorption of various atomic and ionized species such as Fe , Fe +, Ca , Ca +, Mg, and K , among others. Not finding absorption for any of the investigated species, we are able to set absorption limits with a median value of 1.9 × RP. In conclusion, we do not find evidence of a widely extended silicate envelope on this super-Earth reaching several planetary radii. 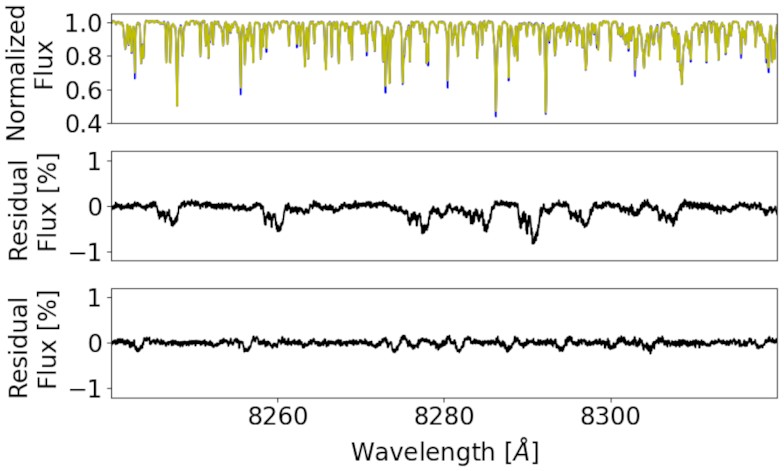