Common envelopes in massive stars: towards the role of radiation pressure and recombination energy in ejecting red supergiant envelopes

We perform 3D hydrodynamical simulations of a common-envelope event involving a 12$\, \rm {M}_{\odot }$ red supergiant donor. Massive stars are expected to be qualitatively different from low-mass stars as their envelopes have significant support from radiation pressure, which increases both the final separation and amount of mass ejected through the common-envelope interaction. We perform adiabatic simulations that include radiation energy through the equation of state, which results in ejecting 60 per cent more mass (up to two thirds of the total envelope mass becoming unbound, or more) and yield a 10 per cent larger final separation compared to simulations that assume an ideal gas. When also including recombination energy, we find that at least three quarters of the envelope, and possibly the entire envelope, may be unbound. The final separation further increases by almost 20 per cent. The additional amount of ejected material is mainly due to energy injected from helium recombination. Hydrogen recombination plays a comparatively small role, as it mainly occurs in gas that has already become unbound. We conclude that the internal energy of the envelope can be a significant energy source for ejecting the common envelope, but ultimately radiation transport and convection need to be included. 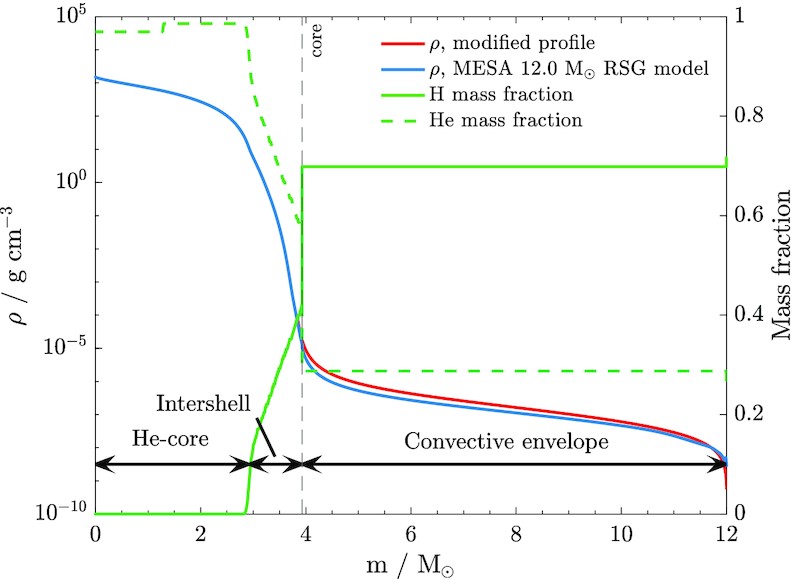