The protocluster SPT2349-56 at $z = 4.3$ contains one of the most actively star-forming cores known, yet constraints on the total stellar mass of this system are highly uncertain. We have therefore carried out deep optical and infrared observations of this system, probing rest-frame ultraviolet to infrared wavelengths. Using the positions of the spectroscopically confirmed protocluster members, we identify counterparts and perform detailed source deblending, allowing us to fit spectral energy distributions in order to estimate stellar masses. We show that the galaxies in SPT2349-56 have stellar masses proportional to their high star formation rates, consistent with other protocluster galaxies and field submillimetre galaxies (SMGs) around redshift 4. The galaxies in SPT2349-56 have on average lower molecular gas-to-stellar mass fractions and depletion time-scales than field SMGs, although with considerable scatter. We construct the stellar-mass function for SPT2349-56 and compare it to the stellar-mass function of $z = 1$ galaxy clusters, finding consistent shapes between the two. We measure rest-frame galaxy ultraviolet half-light radii from our HST-F160W imaging, finding that on average the galaxies in our sample are similar in size to typical star-forming galaxies at these redshifts. However, the brightest HST-detected galaxy in our sample, found near the luminosity-weighted centre of the protocluster core, remains unresolved at this wavelength. Hydrodynamical simulations predict that the core galaxies will quickly merge into a brightest cluster galaxy, thus our observations provide a direct view of the early formation mechanisms of this class of object. 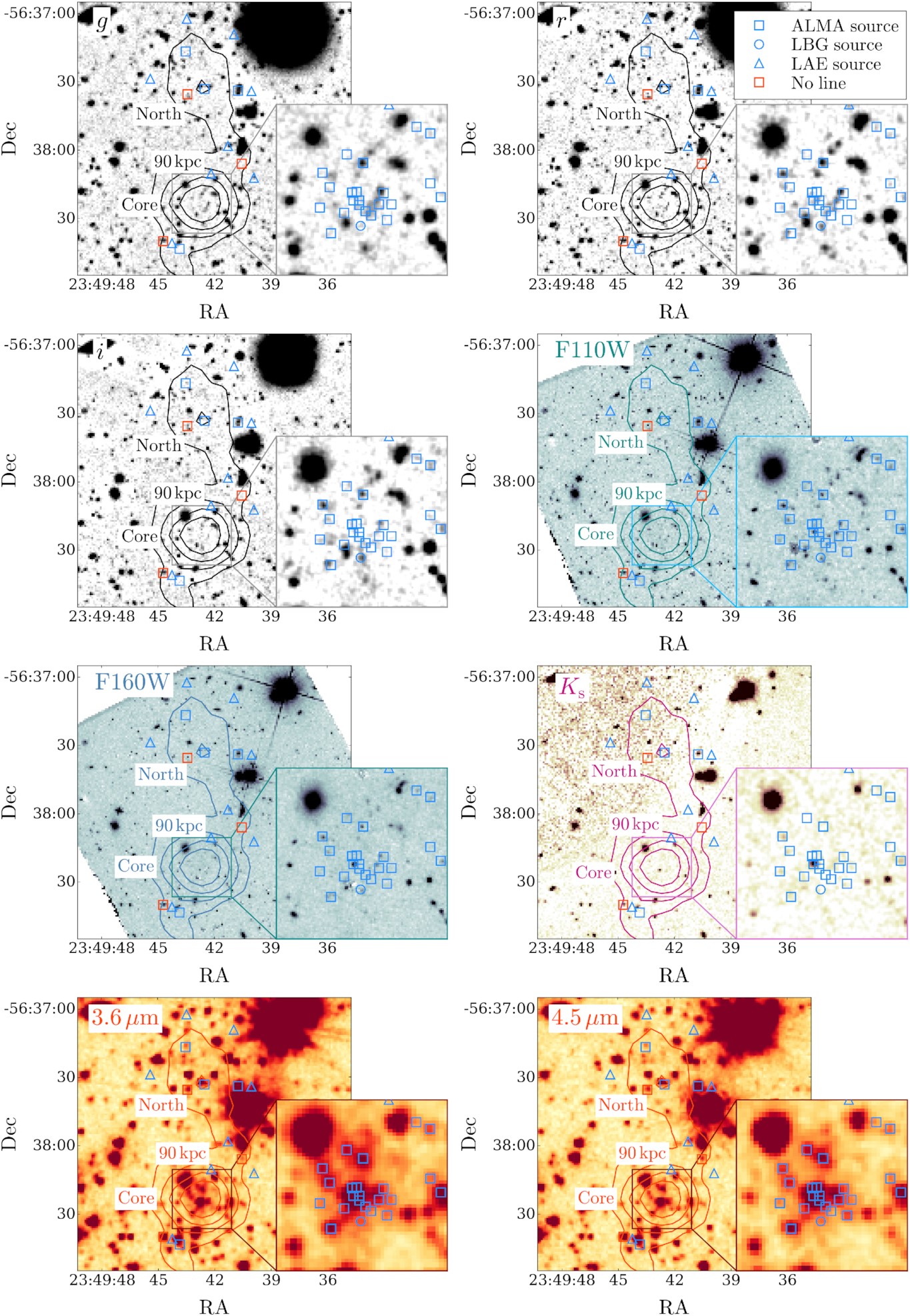