An APEX search for carbon emission from NGC 1977 proplyds

We used the Atacama Pathfinder Experiment (APEX) telescope to search for C I 1-0 (492.16 GHz) emission towards eight proplyds in NGC 1977, which is an FUV radiation environment two orders of magnitude weaker than that irradiating the Orion Nebular Cluster (ONC) proplyds. C I is expected to enable us to probe the wind launching region of externally photo-evaporating discs. Of the eight targets observed, no 3σ detections of the C I line were made despite reaching sensitivities deeper than the anticipated requirement for detection from prior APEX CI observations of nearby discs and models of external photo-evaporation of quite massive discs. By comparing both the proplyd mass loss rates and C I flux constraints with a large grid of external photo-evaporation simulations, we determine that the non-detections are in fact fully consistent with the models if the proplyd discs are very low mass. Deeper observations in C I and probes of the disc mass with other tracers (e.g. in the continuum and CO) can test this. If such a test finds higher masses, this would imply carbon depletion in the outer disc, as has been proposed for other discs with surprisingly low C I fluxes, though more massive discs would also be incompatible with models that can explain the observed mass loss rates and C I non-detections. The expected remaining lifetimes of the proplyds are estimated to be similar to those of proplyds in the ONC at 0.1 Myr. Rapid destruction of discs is therefore also a feature of common, intermediate UV environments. 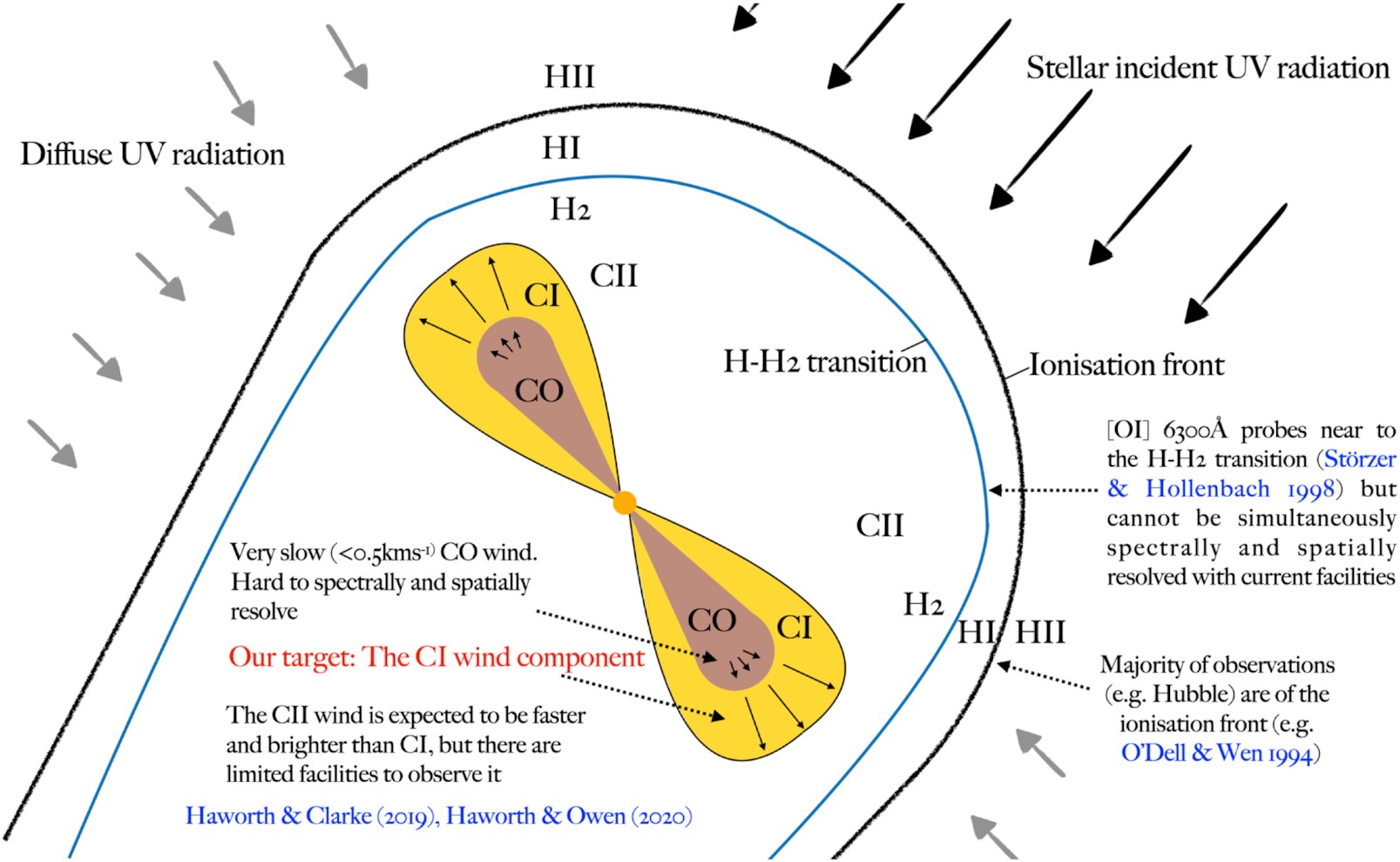