What does lie at the Milky Way centre? Insights from the S2-star orbit precession

It has been recently demonstrated that both, a classical Schwarzschild black hole (BH), and a dense concentration of self-gravitating fermionic dark matter (DM) placed at the Galaxy centre, can explain the precise astrometric data (positions and radial velocities) of the S-stars orbiting Sgr A*. This result encompasses the 17 best resolved S-stars, and includes the test of general relativistic effects such as the gravitational redshift in the S2-star. In addition, the DM model features another remarkable result: The dense core of fermions is the central region of a continuous density distribution of DM whose diluted halo explains the Galactic rotation curve. In this Letter, we complement the above findings by analysing in both models the relativistic periapsis precession of the S2-star orbit. While the Schwarzschild BH scenario predicts a unique prograde precession for S2, in the DM scenario, it can be either retrograde or prograde, depending on the amount of DM mass enclosed within the S2 orbit, which, in turn, is a function of the DM fermion mass. We show that all the current and publicly available data of S2 cannot discriminate between the two models, but upcoming S2 astrometry close to next apocentre passage could potentially establish if Sgr A* is governed by a classical BH or by a quantum DM system. 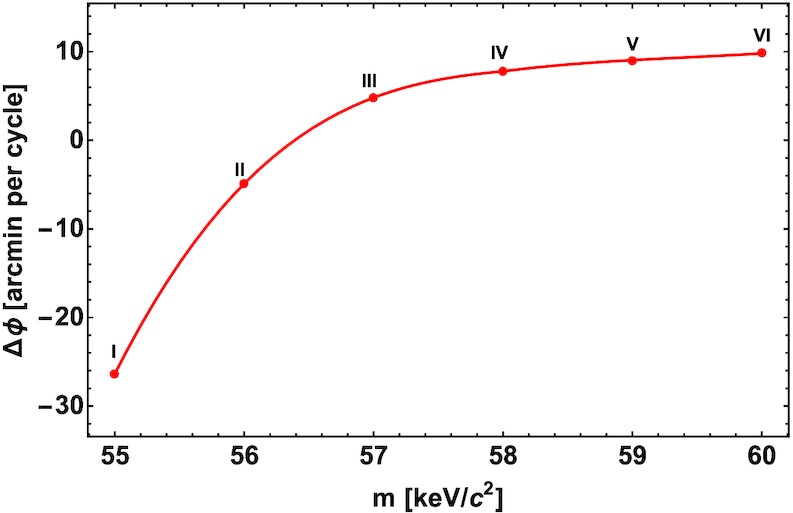