We present a simultaneous broad-band analysis of X-ray data obtained with the XMM-Newton and the Nuclear Spectroscopic Telescope Array (NuSTAR) for the asynchronous polar source, CD Ind. The spin-folded light curve in the soft 0.3-3.0 keV band shows a single broad hump-like structure superimposed with occasional narrow dips, indicating a single-pole accretion model with a complex intrinsic absorber. Lack of strong modulation in the folded light curve above 3 keV reveals that emission from the corresponding zone of the post-shock region (PSR) remains in view throughout the spin phase. The broad-band spectrum is modelled with a three-component absorbed plasma emission model and absorbed isobaric cooling flow model, both of which fit the data well with similar statistical significance. The presence of a partial covering absorber is evident in the spectra with equivalent column density ${\sim}7\times 10^{22}\, \text{cm}^{-2}$ and a covering fraction of ~25 per cent. Strong ionized oxygen Kα line emission is detected in the spectra. We notice spectral variability during the spin phase 0.75-1.05, when there is a considerable increase in the column density of the overall absorber (from ${\sim}1 \times 10^{20}\, \text{cm}^{-2}$ to ${\sim}9 \times 10^{20}\, \text{cm}^{-2}$). We required at least three plasma temperatures to describe the multitemperature nature of the PSR. The shock temperature ${\sim}43.3_{-3.4}^{+3.8}$ keV, represented by the upper temperature of the cooling flow model, implies a white dwarf mass of ${\sim}0.87^{+0.04}_{-0.03}\, \mathrm{M}_{\odot }$. The iron Kα line complex show strong He-like and weak neutral fluorescence lines. We could not unambiguously detect the presence of Compton reflection in the spectra, which is probably very small and signifies a tall shock height. 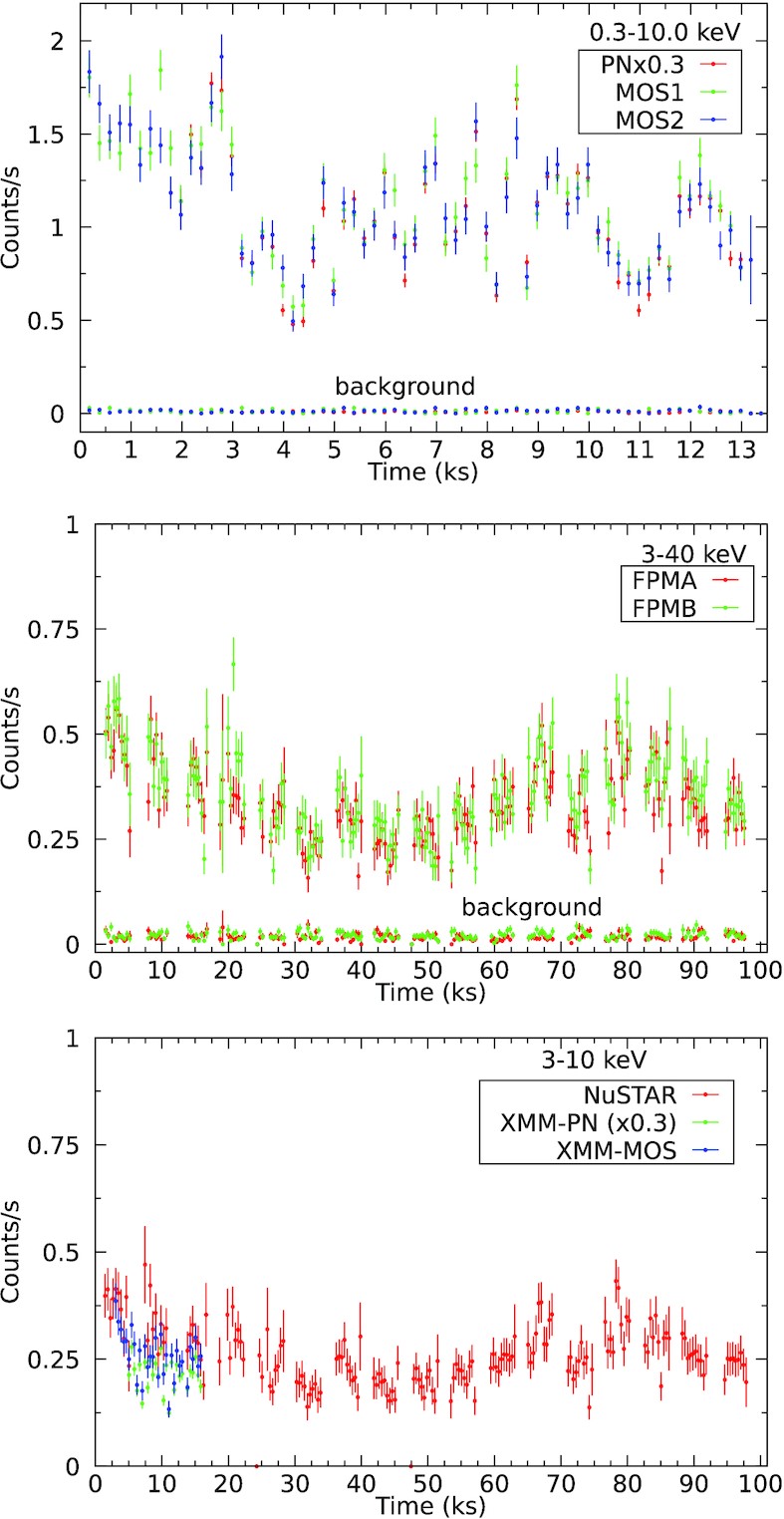