In many galactic nuclei, a nuclear stellar cluster (NSC) co-exists with a supermassive black hole (SMBH). In this second one in a series of papers, we further explore the idea that the NSC forms before the SMBH through the merger of several stellar clusters that may contain intermediate-mass black holes (IMBHs). These IMBHs can subsequently grow by mergers and accretion to form an SMBH. To check the observable consequences of this proposed SMBH seeding mechanism, we created an observationally motivated mock population of galaxies, in which NSCs are constructed by aggregating stellar clusters that may or may not contain IMBHs. Based on several assumptions, we model the growth of IMBHs in the NSCs through gravitational wave (GW) mergers with other IMBHs and gas accretion. In the case of GW mergers, the merged BH can either be retained or ejected depending on the GW recoil kick it receives. The likelihood of retaining the merged BH increases if we consider the growth of IMBHs in the NSC through gas accretion. We find that nucleated lower mass galaxies (${\it M}_{\star } \lesssim 10^{9}\, {\rm M_{\odot }}$; e.g. M33) have an SMBH seed occupation fraction of about 0.3-0.5. This occupation fraction increases with galaxy stellar mass and for more massive galaxies ($\rm 10^{9} \ \lesssim {\it M}_{\star } \lesssim 10^{11}\, {\rm M_{\odot }}$), it is between 0.5 and 0.8, depending on how BH growth is modelled. These occupation fractions are consistent with observational constraints. Furthermore, allowing for BH growth also allows us to reproduce the observed diversity in the mass range of SMBHs in the ${\it M}_{\rm NSC}\!-\!{\it M}_{\rm BH}$ plane. 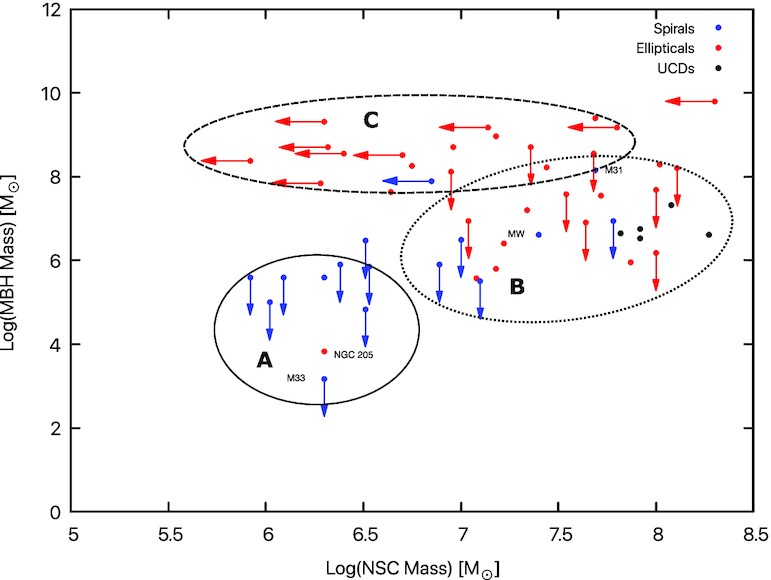