Cosmic ray (CR) feedback has been identified as a critical process in galaxy formation. Most previous simulations have integrated out the energy dependence of the CR distribution, despite its large extent over more than 12 decades in particle energy. To improve upon this simplification, we present the implementation and first application of spectrally resolved CRs, which are coupled to the magnetohydrodynamics in simulations of galaxy formation. The spectral model for the CRs enables more accurate CR cooling and allows for an energy-dependent spatial diffusion, for which we introduce a new stable numerical algorithm that proves to be essential in highly dynamical systems. We perform galaxy formation simulations with this new model and compare the results to a grey CR approach with a simplified diffusive transport and effective cooling that assumes steady-state spectra. We find that the galaxies with spectrally resolved CRs differ in morphology, star formation rate, and strength and structure of the outflows. The first outflow front is driven by CRs with average momenta of $\sim 200-600\, \mathrm{GeV}~c^{-1}$. The subsequent formation of outflows, which reach mass loading factors of order unity, are primarily launched by CRs of progressively smaller average momenta of $\sim 8-15\, \mathrm{GeV}~c^{-1}$. The CR spectra in the galactic centre quickly approach a steady state, with small temporal variations. In the outer disc and outflow regions, the spectral shape approaches steady state only after $\sim 2\, \mathrm{Gyr}$ of evolution. Furthermore, the shapes of the approximate steady-state spectra differ for individual regions of the galaxy, which highlights the importance of actively including the full CR spectrum. 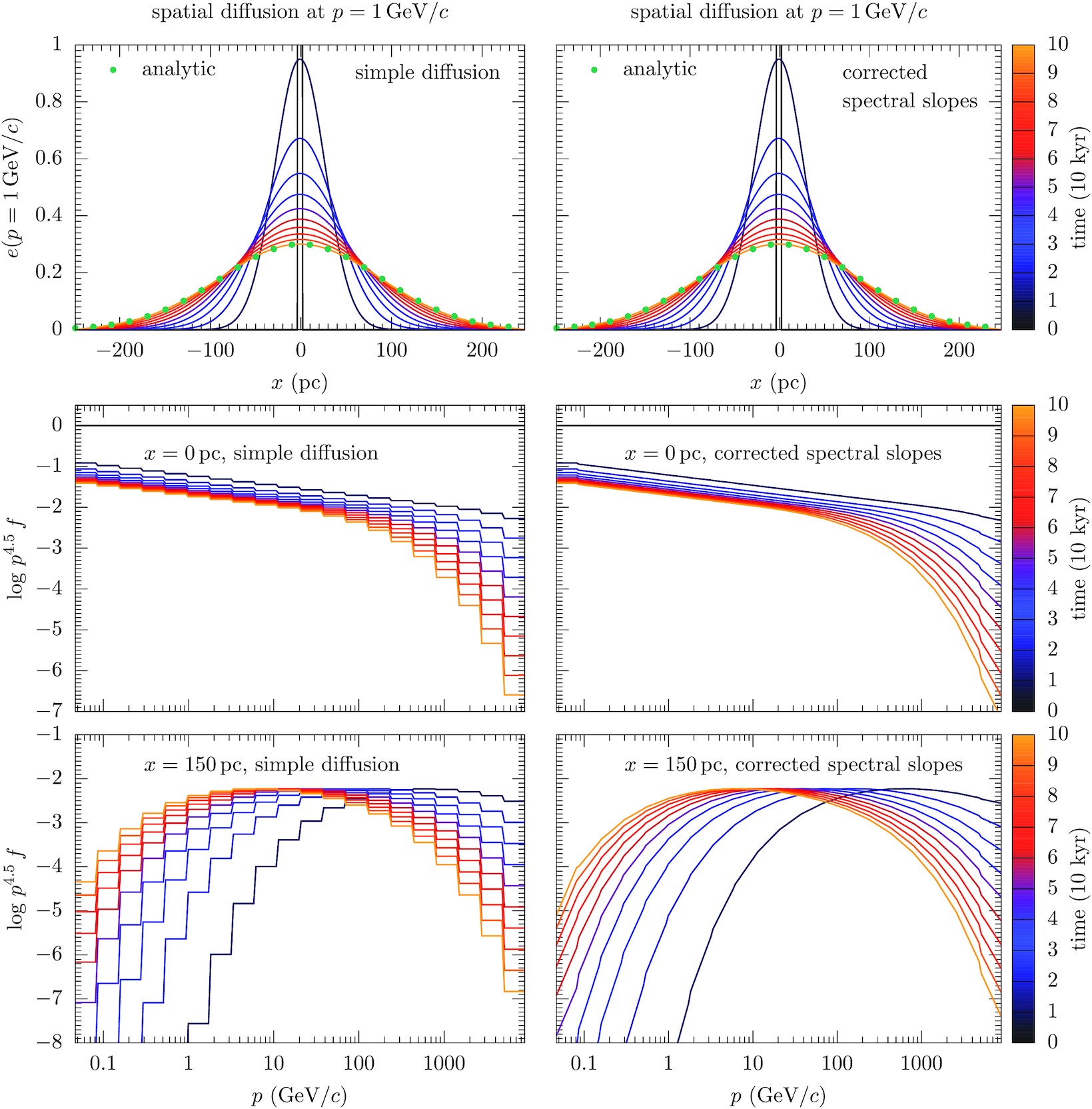