We study the gas distribution and kinematics of the inner kpc of six moderately luminous (43.43 ≤ log Lbol ≤ 44.83) nearby (0.004 ≤ z ≤ 0.014) Seyfert galaxies observed with the Near-infrared Integral Field Spectrograph (NIFS) in the J ($1.25\,\mu$m) and K ($2.2\,\mu$m) bands. We analyse the most intense emission lines detected on these spectral wavebands: [Fe II] $1.2570\, \mu$m and Paβ, which trace the ionized gas in the partially and fully ionized regions, and $\mathrm{ H}_2 \ 2.1218\, \mu$m, which traces the hot (~2000 K) molecular gas. The dominant kinematic component is rotation in the disc of the galaxies, except for the ionized gas in NGC 5899 that shows only weak signatures of a disc component. We find ionized gas outflow in four galaxies, while signatures of H2 outflows are seen in three galaxies. The ionized gas outflows display velocities of a few hundred km s-1, and their mass outflow rates are in the range 0.005-12.49 M⊙ yr-1. Their kinetic powers correspond to 0.005-0.7 per cent of the active galactic nuclei (AGN) bolometric luminosities. Besides rotation and outflows signatures in some cases, the H2 kinematics also reveals inflows in three galaxies. The inflow velocities are 50-80 km s-1 and the mass inflow rates are in the range 1-9 × 10-4 M⊙ yr-1 for hot molecular gas. These inflows might be only the hot skin of the total inflowing gas, which is expected to be dominated by colder gas. The mass inflow rates are lower than the current accretion rates to the AGN, and the ionized outflows are apparently disturbing the gas in the inner kpc. 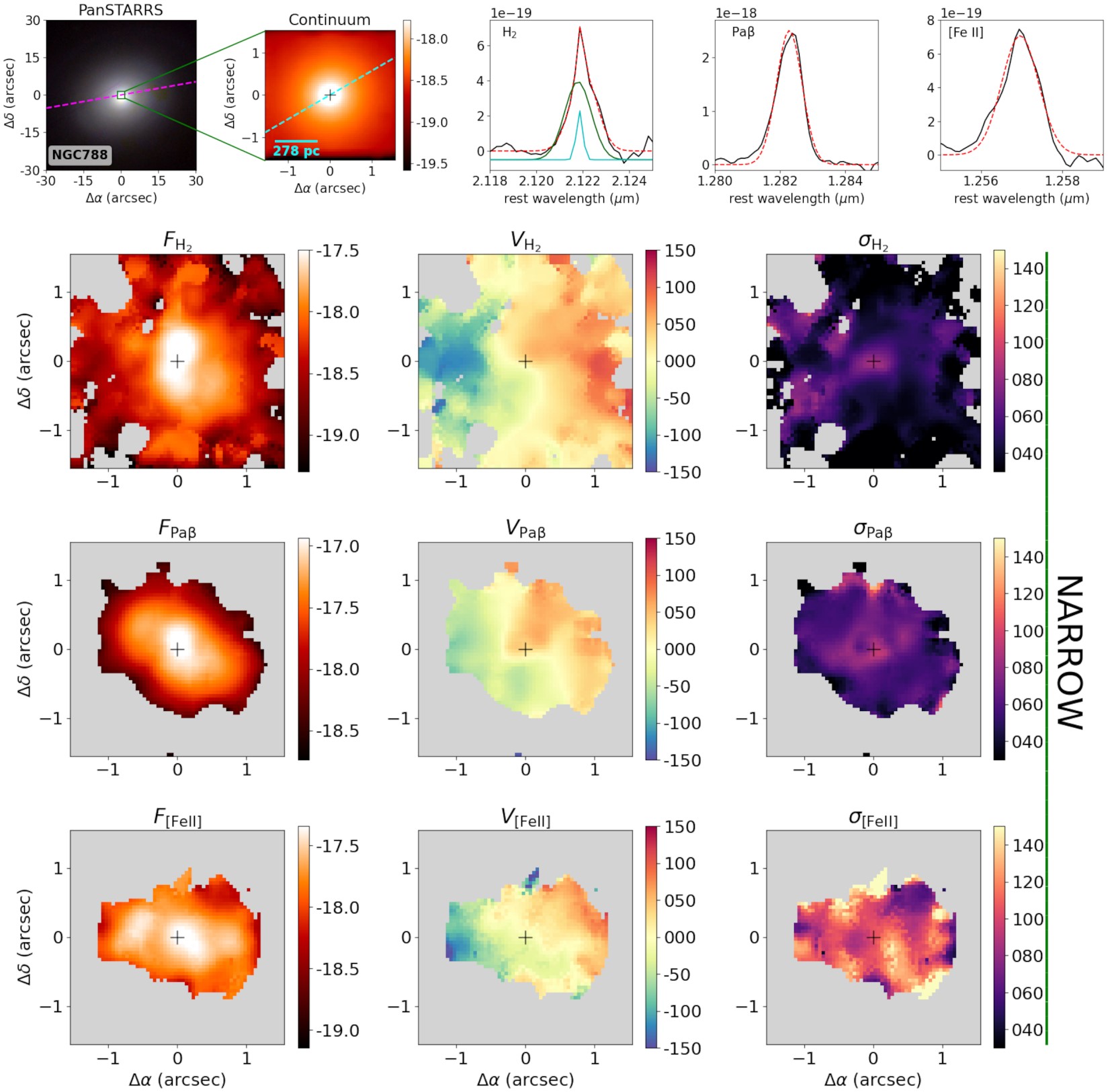