The gas needed to sustain star formation in galaxies is supplied by the circumgalactic medium (CGM), which in turn is affected by accretion from large scales. In a series of two papers, we examine the interplay between a galaxy's ambient CGM and central star formation within the context of the large-scale environment. We use the IllustrisTNG-100 simulation to show that the influence exerted by the large-scale galaxy environment on the CGM gas angular momentum results in either enhanced (Paper I) or suppressed (Paper II, this paper) star formation inside a galaxy. We find that for present-day quenched galaxies, both the large-scale environments and the ambient CGM have always had higher angular momenta throughout their evolutionary history since at least $z$ = 2, in comparison to those around present-day star-forming disc galaxies, resulting in less efficient gas inflow into the central star-forming gas reservoirs. A sufficiently high CGM angular momentum, as inherited from the larger-scale environment, is thus an important factor in keeping a galaxy quenched, once it is quenched. The process above naturally renders two key observational signatures: (1) a coherent rotation pattern existing across multiple distances from the large-scale galaxy environment, to the circumgalactic gas, to the central stellar disc; and (2) an anticorrelation between galaxy star-formation rates and orbital angular momenta of interacting galaxy pairs or groups. 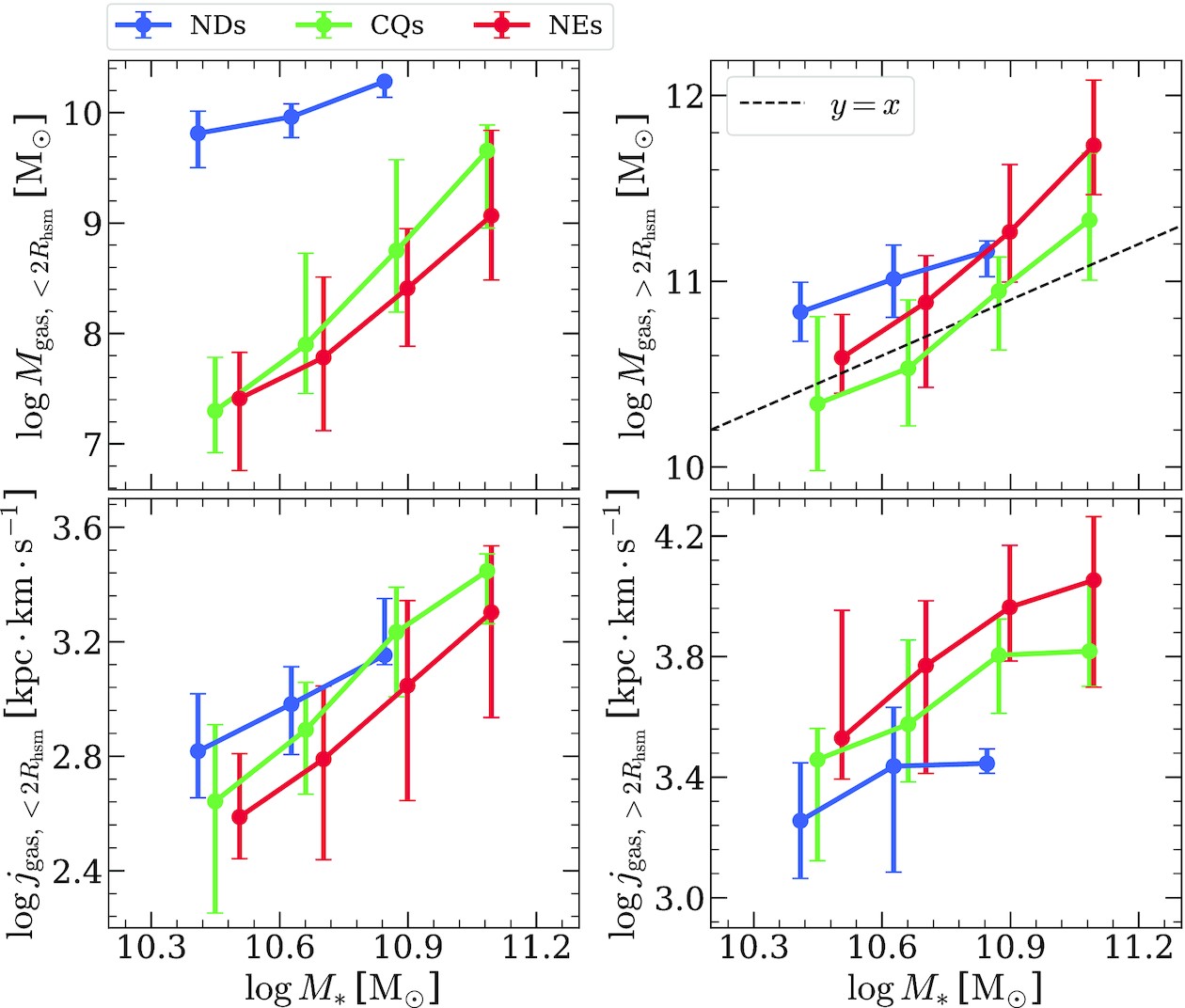