We introduce 'Simulations Beyond The Local Universe' (SIBELIUS) that connect the Local Group (LG) to its cosmic environment. We show that introducing hierarchical small-scale perturbations to a density field constrained on large scales by observations provides an efficient way to explore the sample space of LG analogues. From more than 60 000 simulations, we identify a hierarchy of LG characteristics emanating from different scales: the total mass, orientation, orbital energy, and the angular momentum are largely determined by modes above λ = 1.6 comoving Mpc (cMpc) in the primordial density field. Smaller scale variations are mostly manifest as perturbations to the MW-M31 orbit, and we find that the observables commonly used to describe the LG - the MW-M31 separation and radial velocity - are transient and depend on specifying scales down to 0.2 cMpc in the primordial density field. We further find that the presence of M33/LMC analogues significantly affects the MW-M31 orbit and its sensitivity to small-scale perturbations. We construct initial conditions that lead to the formation of an LG whose primary observables precisely match the current observations. 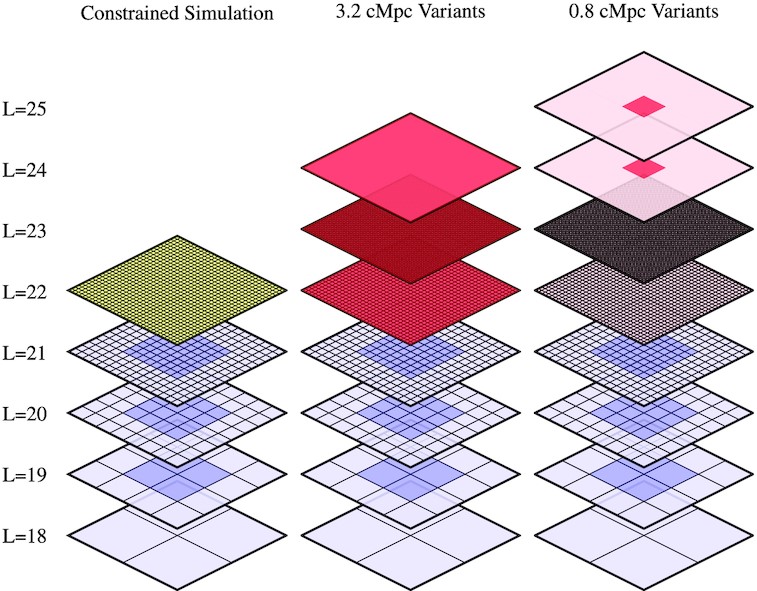