The black hole X-ray transient MAXI J1820 + 070 (= ASSASN-18ey) discovered in 2018 March was one of the optically brightest ever seen, which has resulted in very detailed optical outburst light curves being obtained. We combine them here with X-ray and radio light curves to show the major geometric changes the source undergoes. We present a detailed temporal analysis that reveals the presence of remarkably high amplitude (>0.5 mag) modulations, which evolve from the superhump (16.87 h) period towards the presumed orbital (16.45 h) period. These modulations appear ~87 d after the outburst began, and follow the Swift/BAT hard X-ray light curve, which peaks 4 d before the radio flare and jet ejection, when the source undergoes a rapid hard to soft state transition. The optical modulation then moves closer to the orbital period, with a light-curve peak that drifts slowly in orbital phase from ~0.8 to ~0.3 during the soft state. We propose that the unprecedentedly large amplitude modulation requires a warp in the disc in order to provide a large enough radiating area, and for the warp to be irradiation driven. Its sudden turn-on implies a change in the inner disc geometry that raises the hard X-ray-emitting component to a height where it can illuminate the warped outer disc regions. 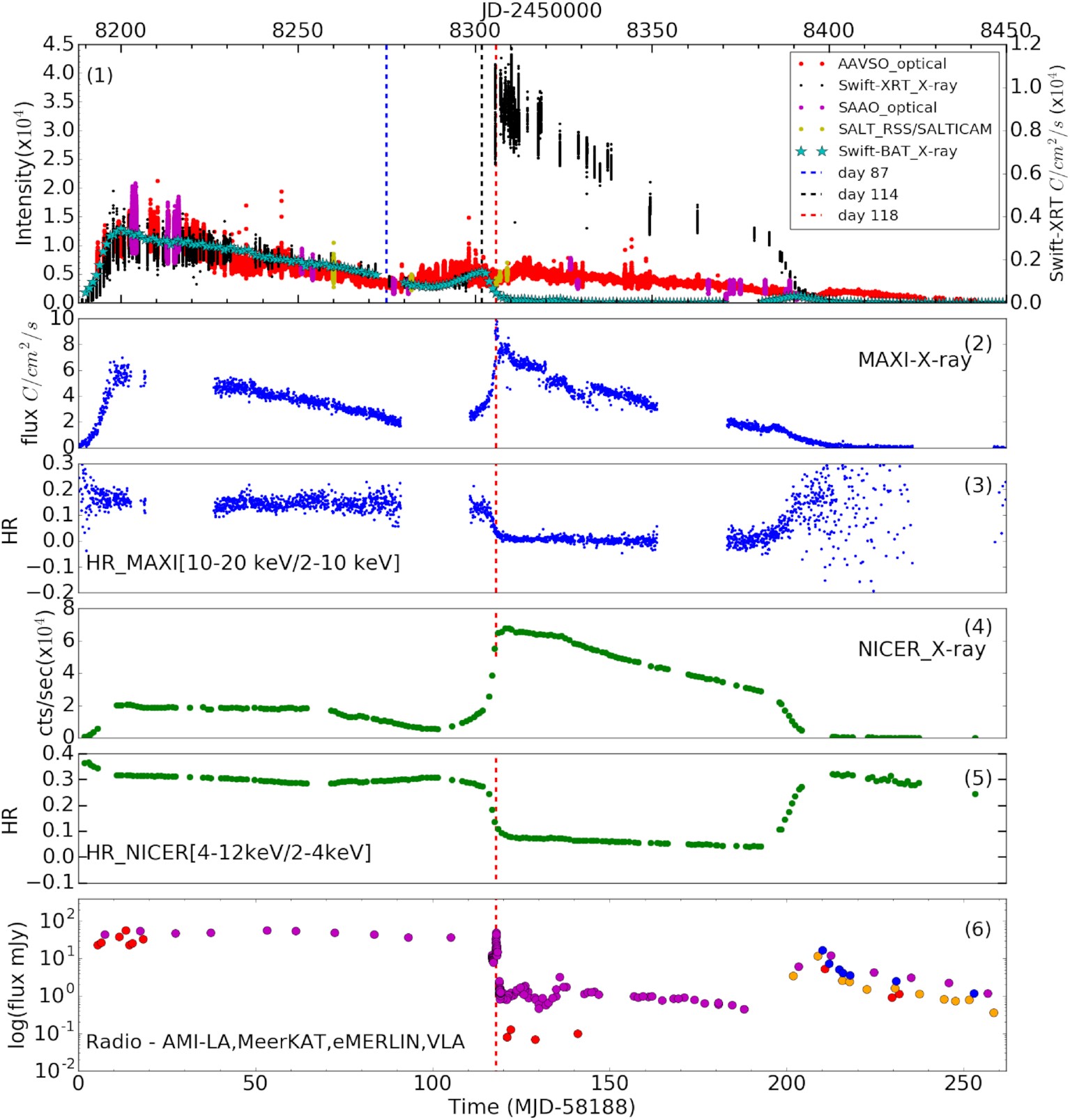