It is a major open question which physical processes stop gas accretion on to giant molecular clouds (GMCs) and limit the efficiency at which gas is converted into stars. While feedback from supernova explosions has been the popular feedback mechanism included in simulations of galaxy formation and evolution, 'early' feedback mechanisms such as stellar winds, photoionization, and radiation pressure are expected to play an important role in dispersing the gas after the onset of star formation. These feedback processes typically take place on small scales (~10-100 pc) and their effects have therefore been difficult to constrain in environments other than the Milky Way. We apply a novel statistical method to ~1 arcsec resolution maps of CO and H α across a sample of nine nearby galaxies, to measure the time over which GMCs are dispersed by feedback from young, high-mass stars, as a function of the galactic environment. We find that GMCs are typically dispersed within ~3 Myr on average after the emergence of unembedded high-mass stars, with variations within galaxies associated with morphological features rather than radial trends. Comparison with analytical predictions demonstrates that, independently of the environment, early feedback mechanisms (particularly photoionization and stellar winds) play a crucial role in dispersing GMCs and limiting their star formation efficiency in nearby galaxies. Finally, we show that the efficiency at which the energy injected by these early feedback mechanisms couples with the parent GMC is relatively low (a few tens of per cent), such that the vast majority of momentum and energy emitted by the young stellar populations escapes the parent GMC. 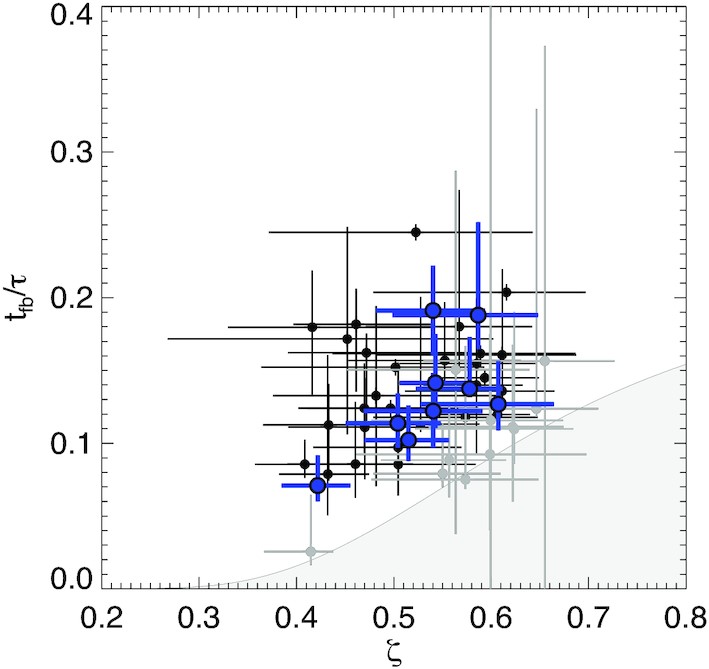