Context. After more than two decades of relevant radial velocity surveys, the current sample of known brown dwarfs (BDs) around FGK stars is only of the order of 100, limiting our understanding of their occurrence rate, properties, and formation. The ongoing ESA mission Gaia has already collected more than its nominal 5 years of mission data, and is expected to operate for up to 10 years in total. Its exquisite astrometric precision allows for the detection of (unseen) companions down to the Jupiter-mass level, allowing the efficient detection of large numbers of BDs. Additionally, its low-accuracy multi-epoch radial velocity measurements for GRVS < 12 can provide additional detections or constraints for the more massive BDs, while a further small sample will have detectable transits in Gaia photometry.
Aims: Using detailed simulations, we provide an assessment of the number of BDs that could be discovered using Gaia astrometry, radial velocity, and photometric transits around main sequence (V) and subgiant (IV) FGK host stars for the nominal five-year and extended ten-year mission.
Methods: Using a robust Δχ2 statistic we analyse the BD companion detectability from the Besançon Galaxy population synthesis model for G = 10.5 − 17.5 mag, complemented by Gaia DR2 data for G < 10.5, using the latest Gaia performance and scanning law, and literature-based BD-parameter distributions.
Results: We report here only reliable detection numbers with Δχ2 > 50 for a five-year mission, and those in square brackets are for a ten-year mission. For astrometry alone, we expect 28 000-42 000 [45 000-55 000] detections out to several hundred parsecs [up to more than a kiloparsec]. The majority of these have G ∼ 14 − 15 [14 − 16] and periods of greater than 200 d, extending up to the longest simulated periods of 5 yr. Gaia radial velocity time-series for GRVS < 12 (G ≲ 12.7), should allow the detection of 830-1100 [1500-1900] BDs, most having orbital periods of < 10 days, and being amongst the most massive BDs (55 − 80MJ), though several tens will extend down to the `desert' and lowest BD masses. Systems with at least three photometric transits with S/N > 3 are expected for 720-1100 [1400-2300] BDs, averaging at 4-5 [5-6] transits per source. The combination of astrometric and radial velocity detections should yield some 370-410 [870-950] detections. Perhaps 17-27 [35-56] BDs will have both transit and radial velocity detections, while both transits and astrometric detection will lead to a meagre 1-3 [4-6] detection(s).
Conclusions: Though the above numbers are affected by ±50% uncertainty due to the uncertain occurrence rate and period distribution of BDs around FGK host stars, detections of BDs with Gaia will number in the tens of thousands, enlarging the current BD sample by at least two orders of magnitude, allowing us to investigate the BD fraction and orbital architectures as a function of host stellar parameters in greater detail than every before. 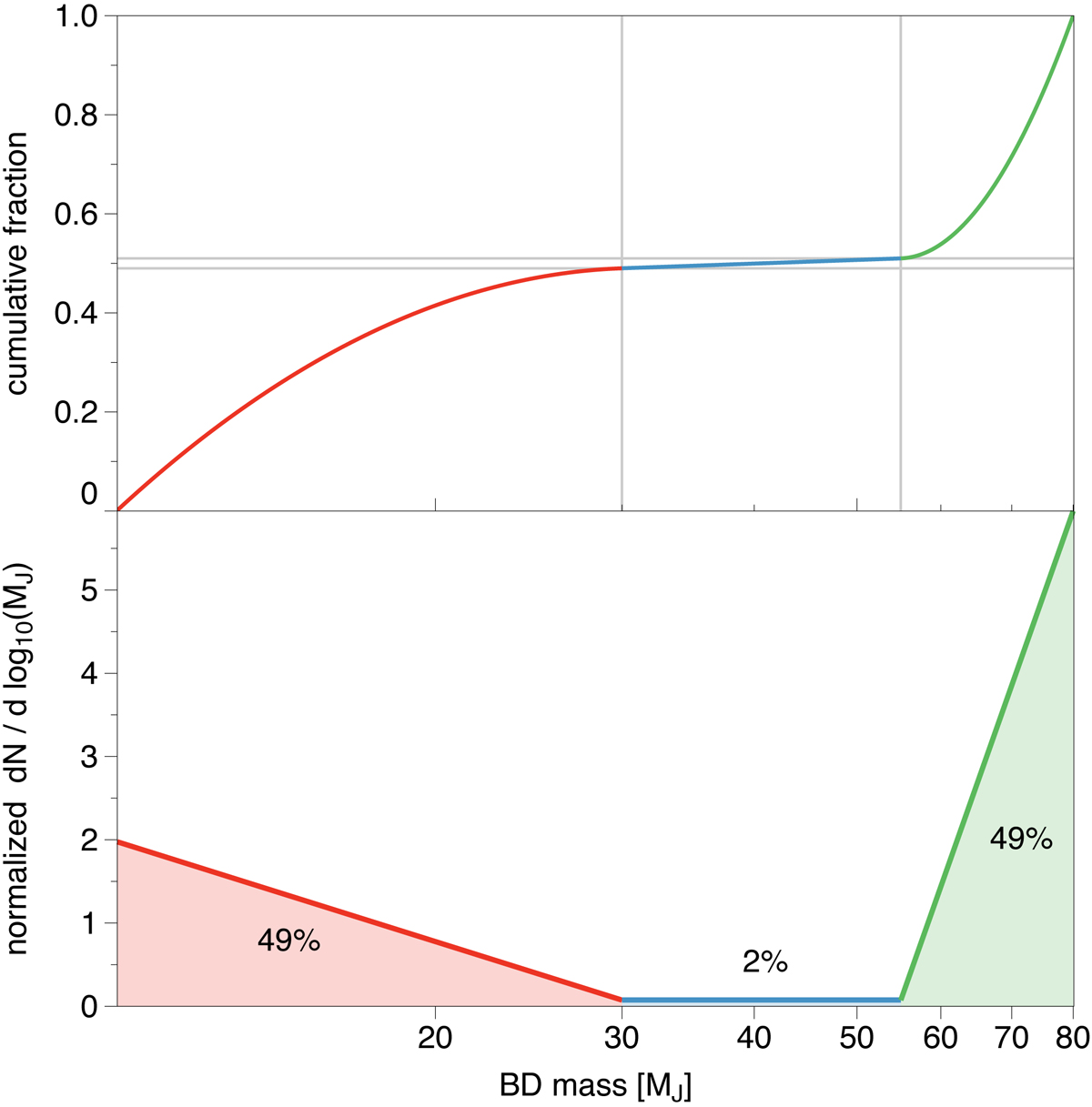