Establishing the X-ray source detection strategy for eROSITA with simulations

Context. The eROSITA X-ray telescope on board the Spectrum-Roentgen-Gamma satellite has started to detect new X-ray sources over the full sky at an unprecedented rate. Understanding the performance and selection function of the source detection is important for the subsequent scientific analysis of the eROSITA catalogs.
Aims: Through simulations, we test and optimize the eROSITA source detection procedures, and we characterize the detected catalog quantitatively.
Methods: Taking the eROSITA Final Equatorial-Depth Survey (eFEDS) as an example, we ran extensive photon-event simulations based on our best knowledge of the instrument characteristics, the background spectrum, and the population of astronomical X-ray sources. We introduce a method of analyzing source detection completeness, purity, and efficiency based on the origin of each photon.
Results: According to the source detection efficiency measured in the simulation, we chose a two-pronged strategy to build eROSITA X-ray catalogs, creating a main catalog using only the most sensitive band (0.2-2.3 keV) and an independent hard-band-selected catalog using multiband detection in a range up to 5 keV. Because our mock data are highly representative of the real eFEDS data, we used the mock catalogs to measure the completeness and purity of the eFEDS catalogs as a function of multiple parameters, such as detection likelihood, flux, and luminosity. These measurements provide a basis for choosing the eFEDS catalog selection thresholds. The mock catalogs (available with this paper) can be used to construct the selection function of active galactic nuclei and galaxy clusters. A direct comparison of the output and input mock catalogs also gives rise to a correction curve that converts the raw point-source flux distribution into the intrinsic number counts distribution. 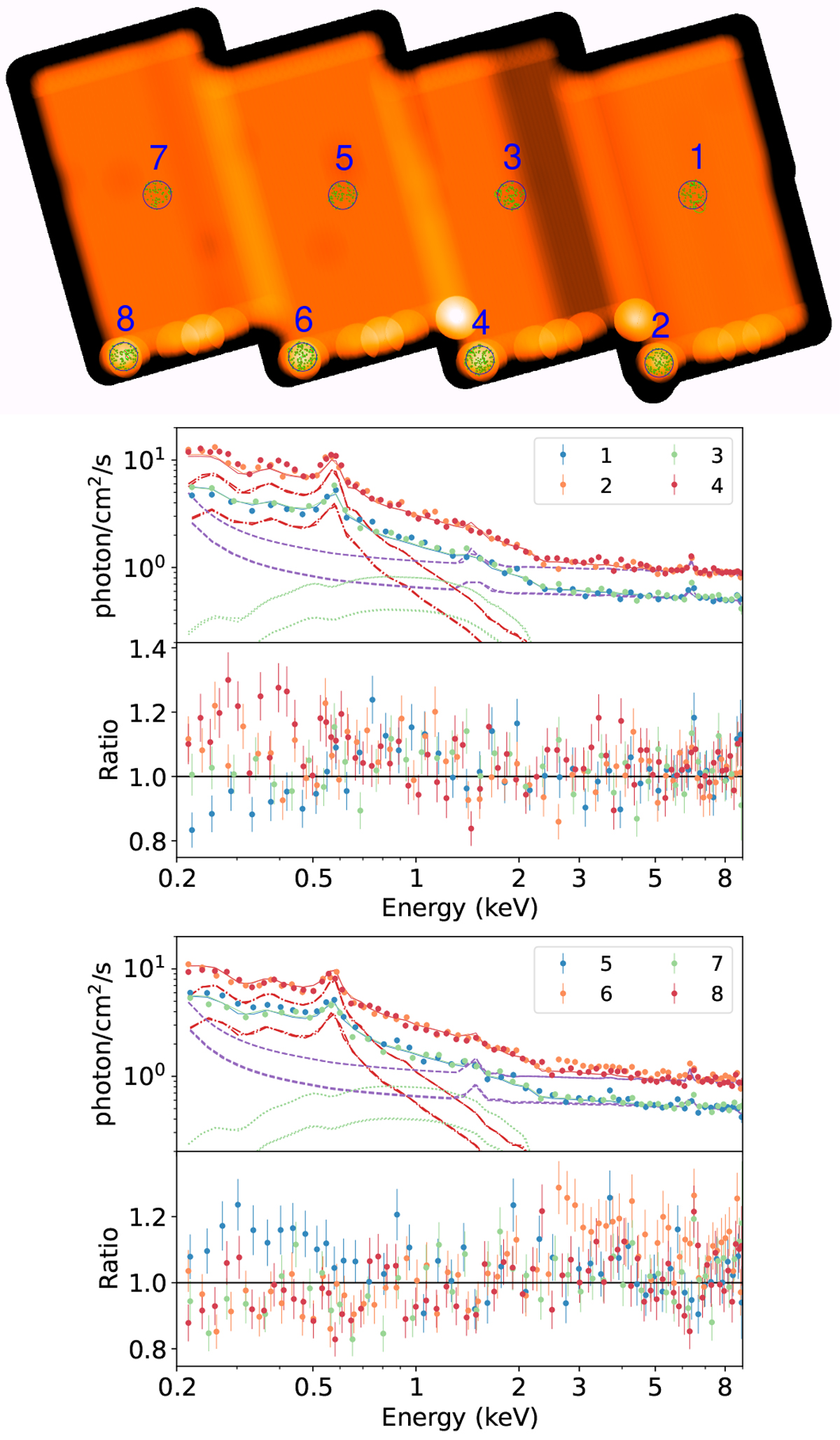