Ongoing all-sky surveys by the eROSITA and the Mikhail Pavlinsky ART-XC telescopes on board the Spectrum-Roentgen-Gamma (SRG) mission have already revealed over a million of X-ray sources. One of them, SRGA J124404.1-632232/SRGU J124403.8-632231, was detected as a new source in the third (of the planned eight) consecutive X-ray surveys by ART-XC. Based on the properties of the identified optical counterpart, it was classified as a candidate X-ray binary. We report on the follow-up observations of this source with the Nuclear Spectroscopic Telescope Array, the Neil Gehrels Swift Observatory, and the Southern African Large Telescope, which allowed us to unambiguously confirm the initial identification and establish SRGU J124403.8-632231 as a new X-ray pulsar with a spin period of ~538 s and a Be-star companion, making it one of the first Galactic X-ray pulsars discovered by the SRG. 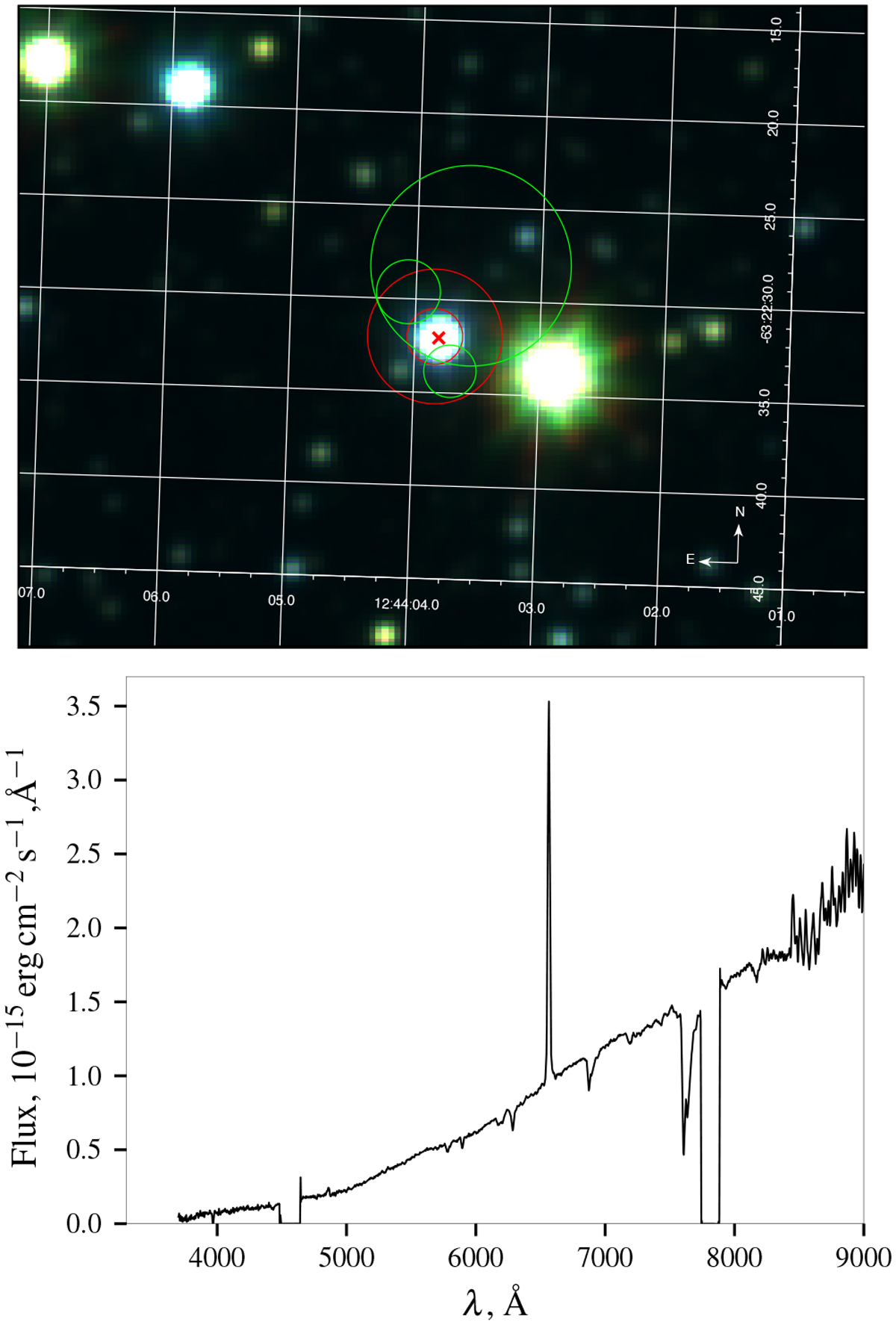