Context. The composition of planets may be largely determined by the chemical processing and accretion of icy pebbles in protoplanetary disks. Recent observations of protoplanetary disks hint at wide-spread depletion of gaseous carbon. The missing volatile carbon is likely frozen in CO and/or CO2 ice on grains and locked into the disk through pebble trapping in pressure bumps or planetesimals.
Aims: We aim to measure the total elemental C/H ratio in the outer region of seven disks, four of which have been previously shown to be depleted of carbon gas interior to 0.1 AU through near-infrared spectroscopy.
Methods: We present the results of the first successful Atacama Compact Array (ACA) [C I] J = 1−0 mini-survey of seven protoplanetary disks. Using tailored azimuthally symmetric Dust And LInes thermo-chemical disk models, supported by the [C I] J = 1−0 and resolved CO isotopologue data, we determine the system-averaged elemental volatile carbon abundance in the outer disk of three sources.
Results: Six out of the seven sources are detected in [C I] J = 1−0 with ACA, four of which show a distinct disk component. Based on the modeling we find severe cold gaseous carbon depletion by a factor of 157+17-15 in the outer disk of DL Tau and moderate depletion in the outer disks of DR Tau and DO Tau, by factors of 5+2-1 and 17+3-2, respectively. The carbon abundance is in general expected to be higher in the inner disk if carbon-rich ices drift on large grains toward the star. Combining the outer and inner disk carbon abundances, we demonstrate definitive evidence for radial drift in the disk of DL Tau, where the existence of multiple dust rings points to either short-lived or leaky dust traps. We find dust locking in the compact, smooth disks of DO Tau and DR Tau, which hints at unresolved dust substructure. Comparing our results with the inner and outer disk carbon depletion around stars of different ages and luminosities, we identify an observational evolutionary trend in gaseous carbon depletion that is consistent with dynamical models of CO depletion processes.
Conclusions: The transport efficiency of solids in protoplanetary disks can significantly differ from what we expect based on the current resolved substructure in the continuum observations. This has important implications for our understanding of the impact of radial drift and pebble accretion on planetary compositions. 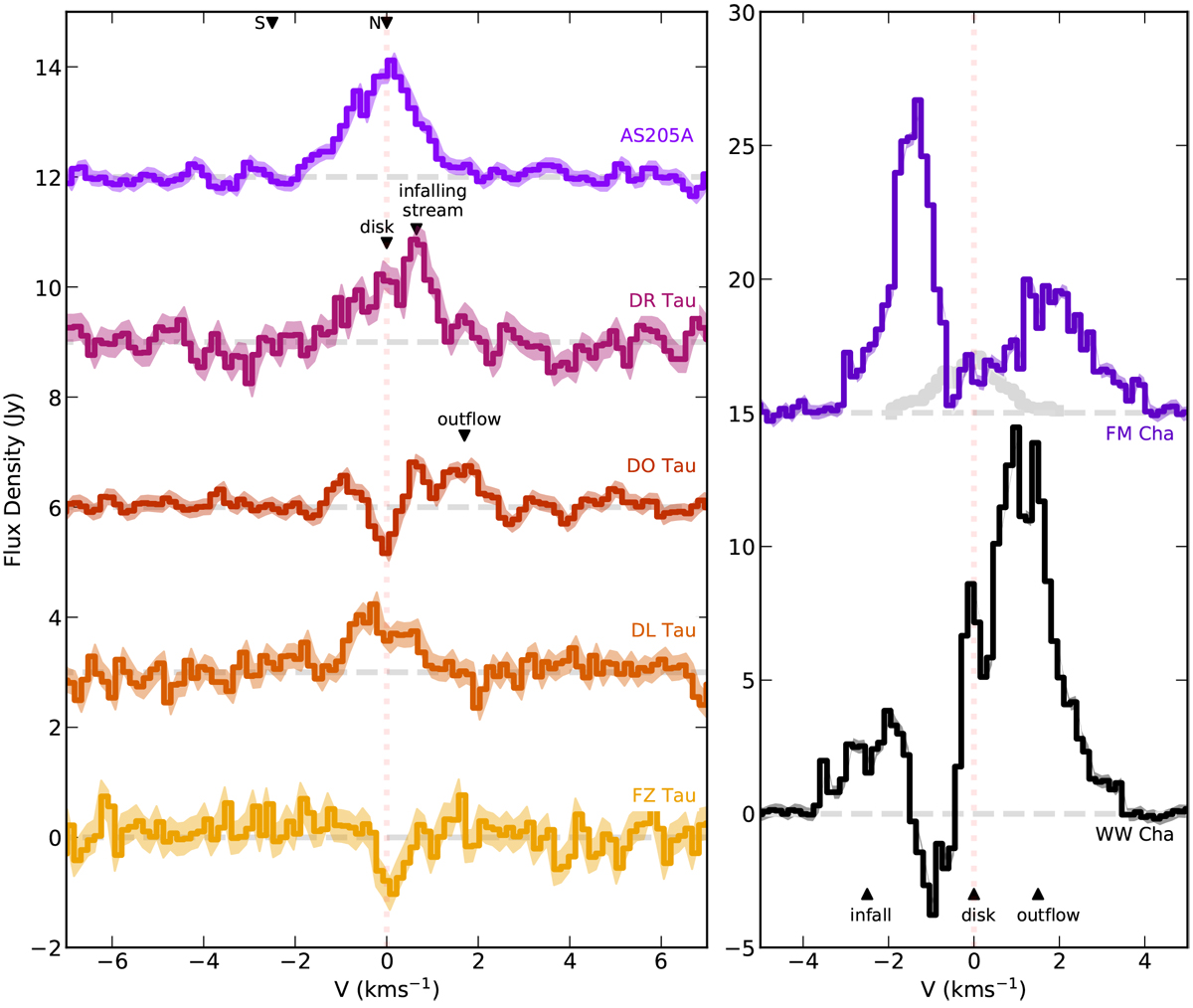