Context. Ubiquitous vortex flows at the solar surface excite magnetohydrodynamic (MHD) waves that propagate to higher layers of the solar atmosphere. In the solar corona, these waves frequently encounter magnetic null points. The interaction of MHD waves with a coronal magnetic null in realistic 3D setups requires an appropriate wave identification method.
Aims: We present a new MHD wave decomposition method that overcomes the limitations of existing wave identification methods. Our method allows for an investigation of the energy fluxes in different MHD modes at different locations of the solar atmosphere as waves generated by vortex flows travel through the solar atmosphere and pass near the magnetic null.
Methods: We used the open-source MPI-AMRVAC code to simulate wave dynamics through a coronal null configuration. We applied a rotational wave driver at our bottom photospheric boundary to mimic vortex flows at the solar surface. To identify the wave energy fluxes associated with different MHD wave modes, we employed a wave decomposition method that is able to uniquely distinguish different MHD modes. Our proposed method utilizes the geometry of an individual magnetic field-line in the 3D space to separate the velocity perturbations associated with the three fundamental MHD waves. We compared our method with an existing wave decomposition method that uses magnetic flux surfaces instead. Over the selected flux surfaces, we calculated and analyzed the temporally averaged wave energy fluxes, as well as the acoustic and magnetic energy fluxes. Our wave decomposition method allowed us to estimate the relative strengths of individual MHD wave energy fluxes.
Results: Our method for wave identification is consistent with previous flux-surface-based methods and provides the expected results in terms of the wave energy fluxes at various locations of the null configuration. We show that ubiquitous vortex flows excite MHD waves that contribute significantly to the Poynting flux in the solar corona. Alfvén wave energy flux accumulates on the fan surface and fast wave energy flux accumulates near the null point. There is a strong current density buildup at the spine and fan surface.
Conclusions: The proposed method has advantages over previously utilized wave decomposition methods, since it may be employed in realistic simulations or magnetic extrapolations, as well as in real solar observations whenever the 3D fieldline shape is known. The essential characteristics of MHD wave propagation near a null - such as wave energy flux accumulation and current buildup at specific locations - translate to the more realistic setup presented here. The enhancement in energy flux associated with magneto-acoustic waves near nulls may have important implications in the formation of jets and impulsive plasma flows. 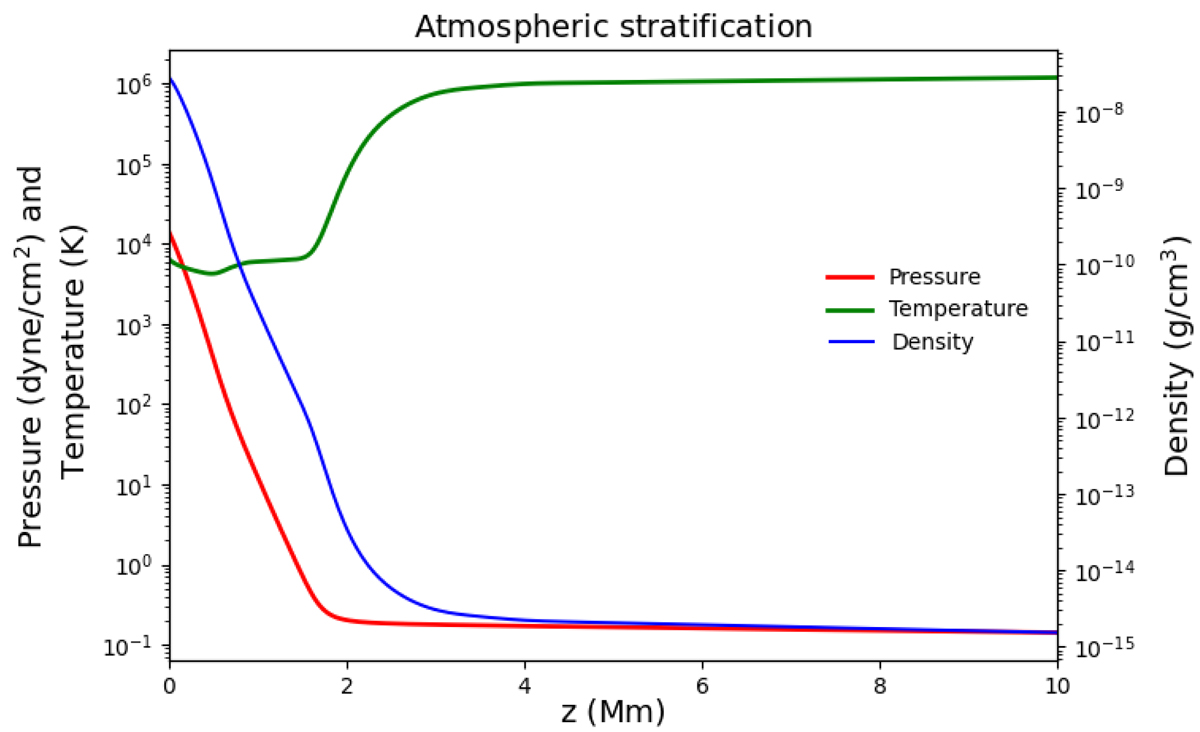