We use an unprecedented sample of about 23 000 H II regions detected at an average physical resolution of 67 pc in the PHANGS-MUSE sample to study the extragalactic H II region Hα luminosity function (LF). Our observations probe the star-forming disk of 19 nearby spiral galaxies with low inclination and located close to the star formation main sequence at z = 0. The mean LF slope, α, in our sample is =1.73 with a σ of 0.15. We find that α decreases with the galaxy's star formation rate surface density, ΣSFR, and argue that this is driven by an enhanced clustering of young stars at high gas surface densities. Looking at the H II regions within single galaxies, we find that no significant variations occur between the LF of the inner and outer part of the star-forming disk, whereas the LF in the spiral arm areas is shallower than in the inter-arm areas for six out of the 13 galaxies with clearly visible spiral arms. We attribute these variations to the spiral arms increasing the molecular clouds' arm-inter-arm mass contrast and find suggestive evidence that they are more evident for galaxies with stronger spiral arms. Furthermore, we find systematic variations in α between samples of H II regions with a high and low ionization parameter, q, and argue that they are driven by the aging of H II regions. 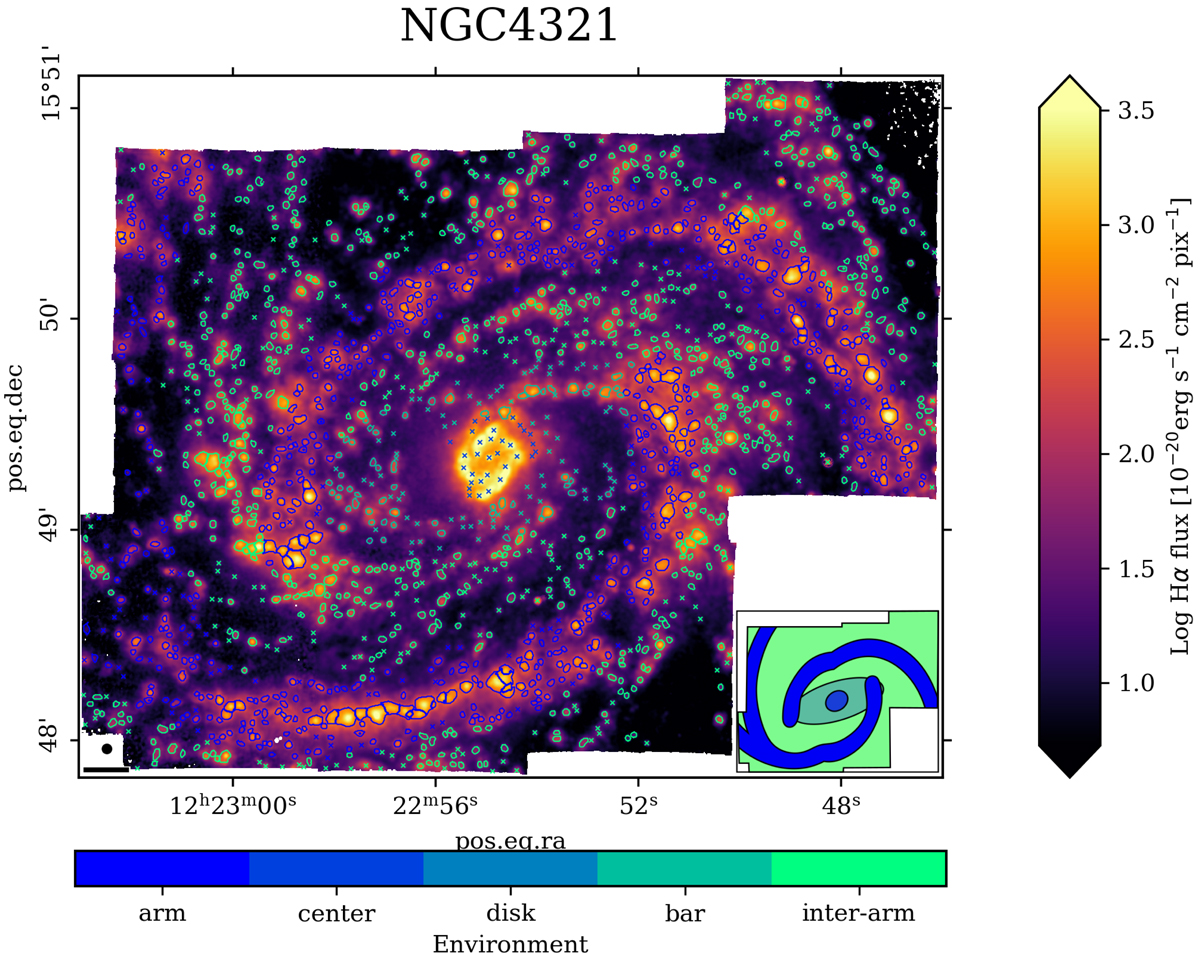